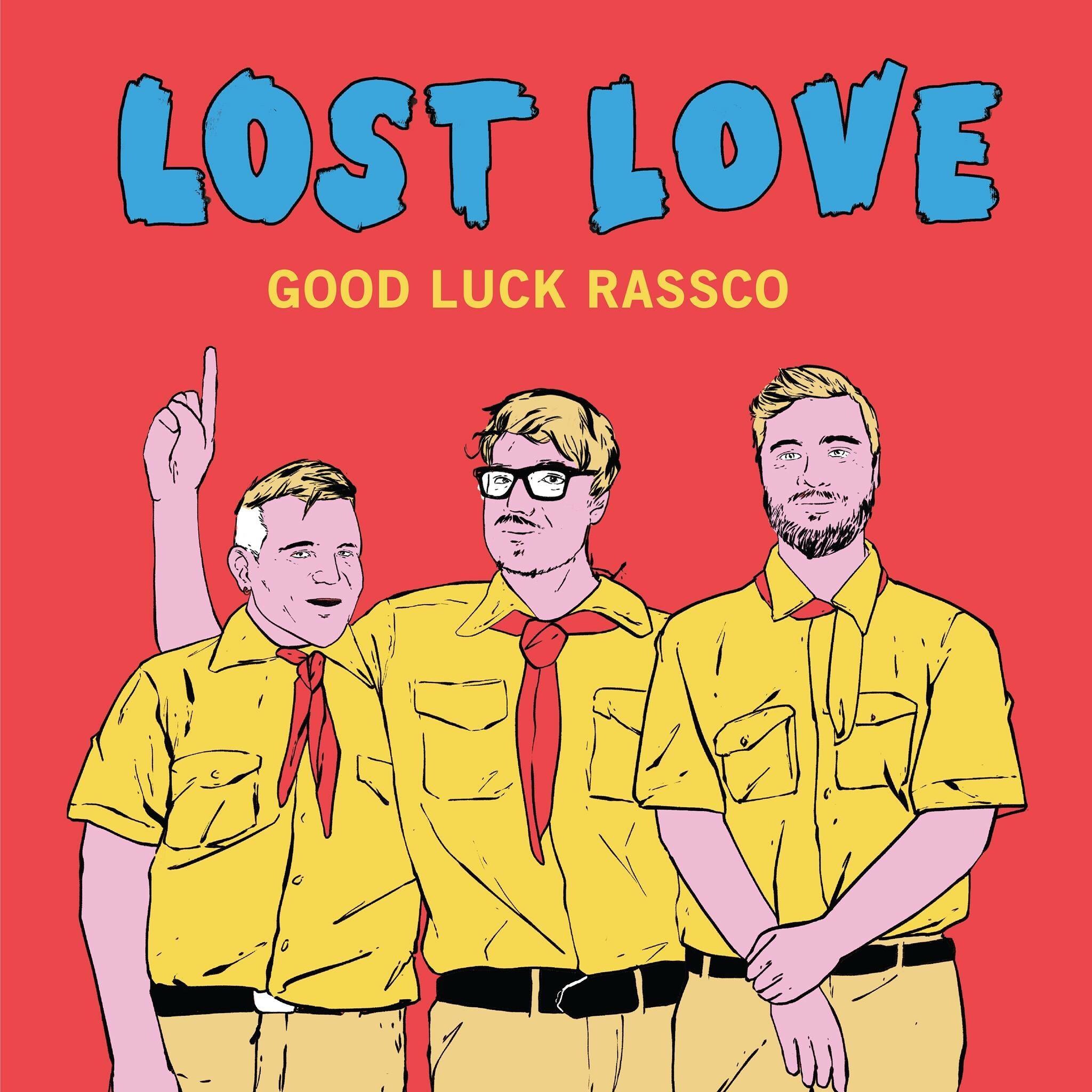 When I think of Montreal I think of classic performances at the Jazz festival, poutine, John and Yoko’s bed-in, Jonathan Goldstein’s Wiretap podcast, all the Stanley Cup wins, that Lyon is one of its twinned cities, and Melissa Auf der Maur.

But I have another thing to add to that list now.

Lost Love have been releasing sharp, spikey, pop-punk since 2013. Their music has a slight bite to it, but there is a playful bounce to it, that prevents the lyrics from getting overwrought and oppressive. Their third album, Good Luck Rassco, is their best to date and shows a progression in songwriting and scope, but musically its business as usual.

The album opening “Sexting Across America” tells existing fans: “We’re the same band you’ve always liked. Yes we’ve grown a bit older, so have you, but we’re still mates.” While for its new listeners it seems to say: This is gonna be a fun trip, get yourself a drink and we’ll get to know each other.  The song itself is full of searing riffs, huge power chords and stadium-esque choruses. Meanwhile, “Are You Still Alive, You Dumb Phoque?” follows on the promise of the opener. It’s slightly slower, but the riffs are catchy and its sing-a-long chorus is huge and life- affirming. “Gospel Tabernacle” follows the blueprint that has been worked out and laid out on the first two tracks and features some of the dirtiest riffs on album.

“Burrito Kind of Guy” is the strongest track on the album and its sequencing as the last track makes sense. It feels like a bookend to “Sexting Across America,” but the punchlines are funnier. Lyrically it’s full of lines we can all relate to like, “I called you, you have your morning voice” and “Your more Empire than Force Awakens.”

But the lyric of the album is, “Shut up, I need a burrito.”

Good Luck Rassco transports you to 2000. You are at uni. You have band posters on your wall. One of them is the Weezer Green album cover. It’s a Tuesday night and you are going out to the indie disco.Weezer is in your mini-disc player. Your housemates pile into your room, you drink, smoke light cigarettes out the window and drink some more. You agree to meet friends at a pub in town. Weezer is playing on the jukebox. The DJ also plays Weezer. When you get in all woozy at 3am, you press play on the last thing you listened to. It’s Weezer.

As you go to sleep, you think you like Weezer.

Good Luck Rassco brings all this back and it’s the musical version of a friendly hug with an old friend.

However, like meeting up with an old friend, the conversation can dry up and stagnate with stories of the past. Instead of being able to push things forward it always reverts to the past. There is nothing wrong with that, but strong as it may be, the album doesn’t really deviate from this sound, nor try and push it forward.