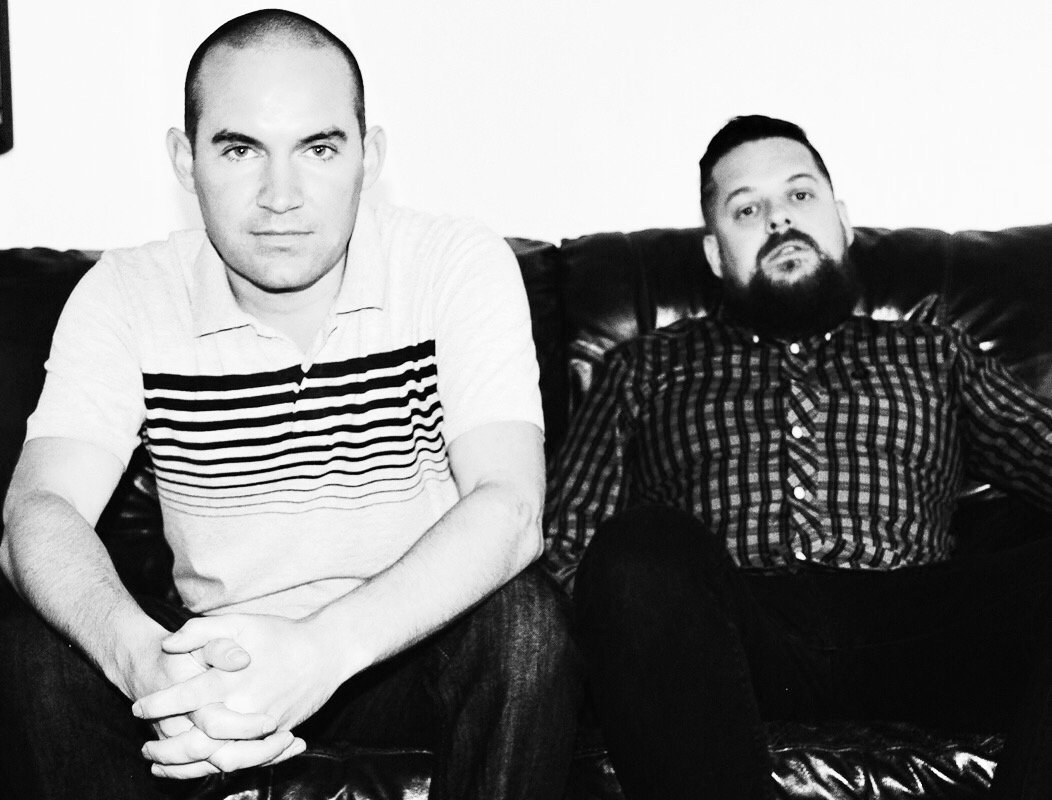 Dublin-based Analogue Wave is gearing up for the release of their latest single “Hope” on March 24th.

Musicians Andy Sneyd and Del Chaney are the energetic duo behind the electronica sounds of Analogue Wave. Their genre-busting experimental sounds have been drawing a great deal of attention at home and abroad. It is obvious from the praise given to their prior releases that Analogue Wave is destined for success. And with the release of “Hope” they are well on their way.

Recently, Sneyd and Chaney answered some questions about the inspiration behind the single, their previous successes, and what lies ahead for Analogue Wave.

Stereo Embers Magazine: Hi! First, I want to thank you all for taking time out of your day to answer my questions. I really appreciate having the opportunity to get to learn more about Analogue Wave and your upcoming single “Hope.” So what was the spark that led to the creation of “Hope”?

Andy Sneyd: “Hope” was the first song we recorded after finishing our second album. As far as I can remember Del put together the original idea and I added some bits and pieces. I wanted to try to use some of the equipment in ways we hadn’t before, which is how the break came about and the ringing out of the delay effect which I really like in it.

Del Chaney: Firstly, many thanks for sending over the questions and for giving us the time to answer them. “Hope” was initially conceived musically after I had read a newspaper piece on Obamacare over in the US. So you are talking maybe two years ago? Over here in Ireland Obama could do no wrong. Call us fickle or maybe just easily swayed by his apparent Irish connection. Anyway, I had seen a t-shirt with Obama’s head emblazoned on it and the word ‘HOPE’ stamped in big red letters underneath and I had that image stuck in my head for a while. I sat down some weeks later, put a really, really rough demo together and thought no more about it. Fast forward two years and the arrival of a new president with a completely backwards approach to society and I now had the subject matter to finish it lyrically. This whole Trump scenario enrages me so it was pretty easy to finish the track. I sent on the finished demo to Andy and he worked his magic on it. So “Hope” was literally two years in the making.

SEM: The track seems really complex, with its multiple layers and sounds and the blending of electronica and the heavier industrial sounds. However the music still flows really well and the harmonies are stunning. Was this difficult to achieve?

A.S.: I think because we’ve always had a fairly good idea of when something sounds right to us, we sort of have a rule that when nothing in the track annoys us it’s done. We started this track about two years ago, but, unlike the first two albums, it was done in shorter snippets over a much longer time. When we were doing the other two albums we worked at a very intense rate when I look back, sometimes sending back and forth 3 or 4 new tracks in a week. I wouldn’t usually have an idea of how a track is going to end up, it’s almost like we start off with a big block of sounds then carve the song out of them.

D.C.: It began as a very, very basic politically charged demo with patched up vocal lines and blocky instrumentation. When I send anything music related to Andy I’m always on tenterhooks eagerly awaiting a positive response but he immediately jumped on this track. His vision and production skills carved my blocky track into this sonic behemoth that is “Hope”. As soon as he returned the track to me I was able to experiment with the melodies; so when we got in to record them properly, the harmonies just clicked and worked really well with everything else.

SEM: What can you tell us about the two remixes accompanying “Hope”?

A.S.: Del should take credit for organizing these.

D.C.: I had an idea to approach artists who we respected within the underground electronic scene to create remixes of our work. We are both big fans of the Canadian/Ukrainian electronic duo of Shauna McLarnon & Alexx Kretov, aka Ummagma. They agreed to work on “Mezcal”, a track from our debut album and we were blown away by their finished remix. I’m also a big fan of Irish based experimental psych/prog collective Tuath so I was eager to get them to work on a track of ours. When I approached them and told their lead vocalist Rob Mulhern about “Hope” he was really excited about it. They took it away and twisted it into a massive drum and bass monster in the same vein as early Aphex Twin. The electronic scene is so diverse that we love hearing how different artists take on our sound. You should check out our digital remix album Alterations to hear what I mean. All of the remixes on it are stunning.

SEM: Your previous releases received a great deal of praise and attention. How has this past success influenced your most recent work?

A.S.: The first album was very much made just for ourselves, it was us just making music influenced by all the different styles we like. After we played a few gigs and heard how it was working live, we quickly realized that we needed to up the tempo. So I think the second album, although not exclusively, was made more with live gigs in mind. There’s a much bigger shift between what we’re doing now than between the first two albums. We wouldn’t say previous success has much influence on our more recent work, as the fact that anyone else is going to hear the tracks once they’re done is almost an afterthought.

D.C.: I really don’t think our first two albums could be pigeon holed into any one particular genre to be honest. Hence the initial praise and attention. Our debut album had such a scatter gun of experimental influences on it that it was hard to categorize any one track, so that helped to keep people interested. Casimir, our sophomore release, was tailored more towards getting out and touring than anything else, and I think you can hear that on nearly every track. There are a few heavy hitters on there specifically designed to get you up onto a dance floor. This time around we’re both focused on producing a batch of tracks that sit comfortably with us personally. I think we’ve finally found our own sound on these new songs and I’m very excited about them.

SEM: Are there any plans in the works for a video for “Hope”?

A.S.: There is a definite idea and picture in my head but it’s just a matter of getting the time to do it.

D.C.: We’ve spoken about it and we’re both in agreement that we will put out a video for it eventually. It seems to be the done thing these days to release a single and an accompanying video all at once. I don’t think that we’ve ever done anything that straight forward before when releasing singles to be honest so not having a finished video is nothing new to us. Plus, we’ve stumbled on a rich vein of songwriting form right now so that’s our main priority for the foreseeable future.

SEM: What lies ahead for Analogue Wave?

A.S.: We’ve been working on our next single which we are both very excited about. Now it could just be ‘latest track excitement’ but we both really think it’s a strong track.

D.C.: Finishing up the album this year is our top priority. Anything else will be a bonus.