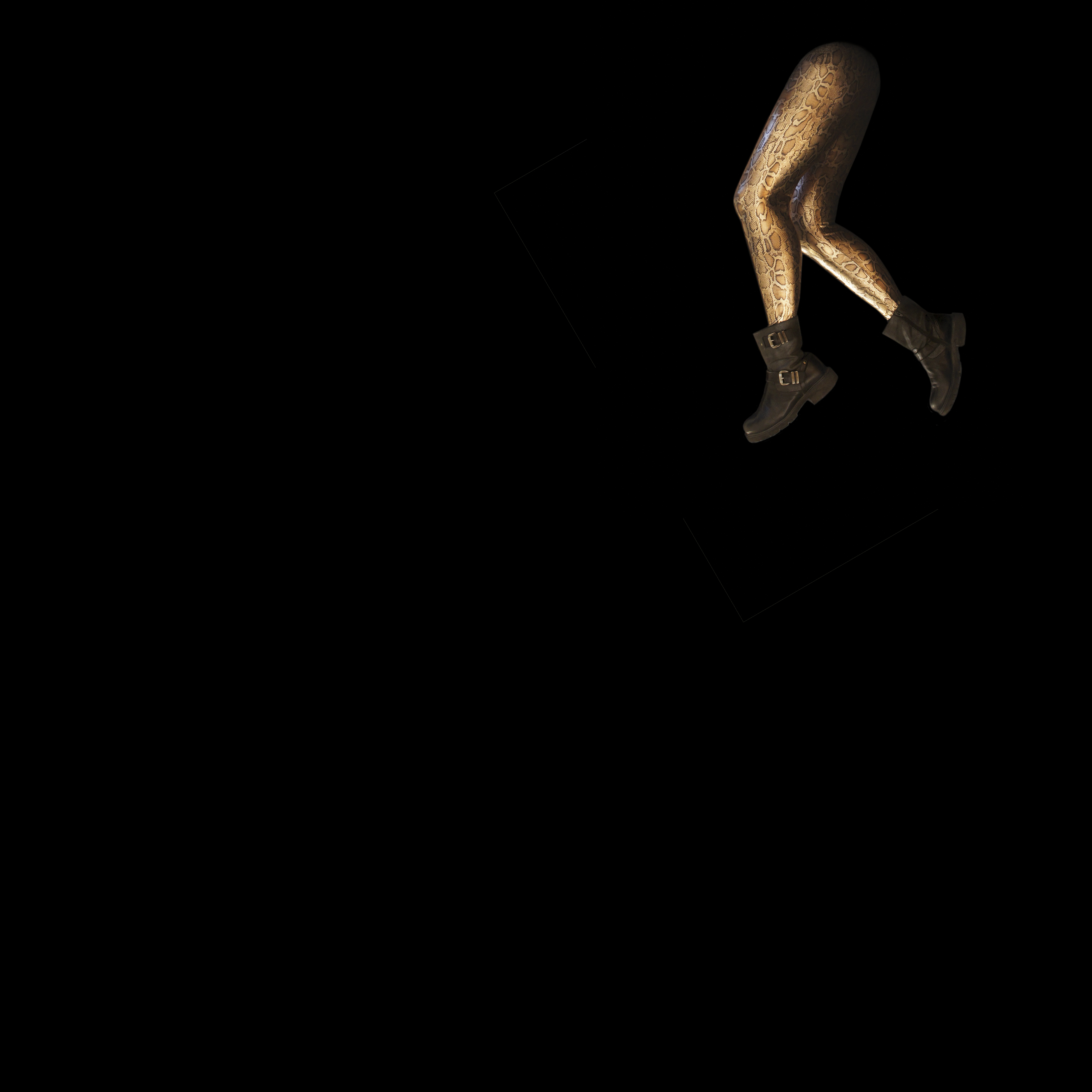 Some things never change and thank fucking god for that.

The last we heard from Dawn Lintern and Christian Ruland, dba Das Fluff, was 2013’s Meditation and Violence, a record that, aside from providing this writer the ideal opportunity to help widen the sphere of mystique and rage and power that this duo and their enablers – on this record it’s still, mostly, their ex-London crew Steve May guitar, Chris Limb bass, The Elusive Stranger percussion – spin inside the center of a fiercely coiled precision and menace, also prompted him to speak of them in eerily similar terms as he presently will vis-a-vis their thrill quotient consistency. Then, as now, we marveled with some level of jacked-up joy at how relentlessly bloody addictive this driven dark inspired sleaze’n’lust’n’neon rock can be. Still, as then, Das Fluff lift with flagrant stealth from glam and post-punk and the secret, seldom plundered visceral vaults of electro-goth to produce a sui generis blast that imagines Siouxsie as half Iggy half Grace Jones. And though you may – and almost certainly will – fill in the blanks of that hybridized equation with your own transgressive earmarks, that formulation is close enough to do its job which is to draw you ever closer to this undiminishable flame.

Now based out of Berlin – thereby confirming our prior Weimar allusions as frighteningly prescient and cheers for that, DF – the band continue to make such designations largely immaterial, erasing borders via an appeal to the universality of the id’s baser cravings and instincts. Not to paraphrase Clock DVA but this could be London, this could be Cleveland, this could be Kinshasa Moscow or Tokyo. Sexual-political tension fills the air wherever humans breathe, of course, it’s the complicated nucleus that fuels rock’n’roll (among much else) and once again Das Fluff, in the form rather exclusively of Ms Lintern – these are her songs, her vision, her flare – cut in to the heart of all that motive-snarled business with considerable brio.

In many ways a defiant stare made audible, packed with allure and danger, the tracks they conjure and the voice that sings them aren’t in the habit of giving much quarter, whether slating the ludicrously (it being 2017 ffs) still-inflated rockist ego in “Popstar User” with its venomously teasing growl, snapping with vituperative fury at a certain hypocrisy-rife superpower (“Love and Peace”), or reworking canny Numanisms to explore their – well, her – own possibly shaky existential well-being as in album-closing “Strip Down.” That latter track, in fact, is something of the rule-proving exception, since, in most cases with Das Fluff, vulnerability, while perhaps hovering masked on the fringes, is more often used as a taunting, centrifugal lure, pulling the listener to a place where they might understand, even if vicariously, that love at its heart is the art of confrontation, of negotiating an unsettling detente between the primacies of desire, dominance, safety, and pain. The Das Fluff aesthetic, its M.O., exists inside an atmospheric tension where the phrase ‘the inherent violence of pleasure’ makes perfect sense. So, no surprise on that front then, but what is notable on Flower with Knife is the across-the-board upgrade in sonic mischief and versatility.

Never shy of enough hook-laden drive to raise the roofs of several venues at once were it possible, the band here expand their palette with organic tweaks both subtle and not-so. Stand-out track “Fuck the Trees” strips back the manic confrontational to a dystopian dream pace, arriving, amid distressed electronics and snaking bare Fripperies of guitar, at its own level of febrile anxiety. The deliciously lurid – and utterly melodic – disturbance that is “Pleasure” builds its irresistible burst of unleashed betrayal and payback on a “Papa Was A Rolling Stone” bassline and a surfeit of reverbed disquiet. “Far Gone,” which takes less than 45 seconds to reach its full-bodied, heart attack restlessness, begins with a synth intro that could’ve derived from a string quartet watching Psycho, while the simmery yearn of ballad-like “The Stars” should find its way into the next Bond soundtrack if the universe has the slightest lick of sense.

In short, Das Fluff haven’t abandoned their template but rather honored it by embellishing it in ways we might have anticipated and many ways we couldn’t have. Flower with Knife isn’t just their best record yet but by any standard a fucking sensational one, leaving your reviewer at least slightly in awe as well in need of amending this review’s first line:

Some things never change except for the better and thank fucking god for that.

[Flower with Knife available in vinyl and digital form here]