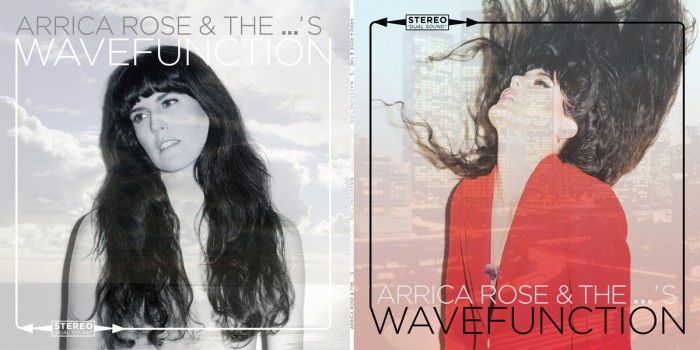 Some artists just get it right. Though there’s nothing wrong with all the vinyl bandwagon-jumping lately – I mean, aside from the scandalous pressing delays, hooray for all that, right? – too many bands and labels, either out of unwillingness, apathy, or ignorance, aren’t embracing the central operating nuance of the grand ol’ format: sequencing, especially as it relates to one side versus the other. More than simply a collection of songs patched together over forty plus-or-minus minutes on a long-playing platter of polyvinyl chloride, more even than picking the opening track and the album closer, a record ideally has a flow, and that flow finds its natural divide at the side break, when the listener must physically, quite purposefully, attend to flipping the record and continuing the journey. It’s as if, via some kind of subliminal message etched into the runout groove, the album is actually inviting its owner to participate in the temporal story being told. The record’s turned, the shift is made, a symbiotic transaction has been completed. Arrica Rose & the …’s (“Dot Dot Dots” in spoken terms), on second record WAVEFUNCTION, gets it.

Released Nov. 4th on the band’s own pOprOck imprint, the record more or less documents, with significant artistry, Ms. Rose’s attempt to embrace the poles of a north-south bifurcated existence as she negotiates a long-distance relationship stretching her between her LA-based home camp and the romantic pull upstate in the San Francisco Bay Area. Exemplified most explicitly by the two tracks with the same title – “Oh the Day (Then the Night)” – the side one version (if you happen to play that side first;  to underscore the duality there are no designations) carries the more forcible, buoyant and perhaps slightly reckless arc even as it, like its counterpart, drags a kind of existential reluctance towards a more hopeful light, while side two’s take twinkles with a calmer, twilit acceptance, there’s this umbrous glow to it that suggests a wiser, more (dare I say) mature perspective, as if the material has grown on its own over the course of the album. Both are masterful and, it should be noted, exquisitely crafted, from concept to lyric to execution, produced with a subtle magnificence that is as much apparent on WAVEFUNCTION as the yin-yang balance at its vinyl heart.

Beginning – if, as per this writer’s preference, you take the livelier “city” side first – intimate of voice, with band accompaniment leaking in as if from a cheap transistor over there on the couch, opening track “Song In Your Head” bursts out and blossoms after a couple measures into as succinct an ode to letting go – of fear, of hesitation, of pre-conceived oughta-be’s – as I’ve heard, guitarist Marc Thomas chipping in relentlessly choppy spright, Steve Giles’ bass and the drumming of the perfectly-named Tripp Beam carrying the rhythm load like two guys holding up the groove of the whole world with a shrug of their shoulders. Sound-wise, having grown up in the Bay Area, this side of the album makes me think it was recorded live to tape at the Record Plant in Sausalito, frequently displaying a roomy insouciance that makes me nostalgic.

“Love You Like That” calls to mind a young and hungry Linda Ronstadt, fueled by a brash panache and you can virtually feel the thrumming pulse of Market St, taxis trimming the paths of buses, that uniquely bracing swirl of marine air only adding to the excitement of love hanging palpably in the air, the band behind Rose fiercely sympathetic, all precise punch and flat-out dynamics, and kudos again go out to producer (and keyboard presence) Daniel Garcia, the record is crisp, the sound like an audio quilt and splendid in its throwback fidelity.

“Tiny Broken Boats,” meanwhile, founded on a gulping, melodic bassline, tackles the age-old conundrum of love doing battle with an undertow of apprehension which in turn is being swamped in love, that whole rollercoaster swoop of a feeling essayed with a frankness fit for Marianne Faithfull, the soaring distance of a guitar line like the spirit of Danny Kortchmar taking the thing over the horizon. “California On Repeat,” winsome of melody but with a sobering depth, confronts the pushme-pullyou nature of the singer’s predicament even more explicitly than the “Oh the Day” twins, this time with yearning brass and a dewy scrim of vibes plus a chorus as singably full of romantic heartache – the good kind that echoes beyond the always difficult temporary farewell – as you’ve likely to hear this year or next. The immersive reading of Roy Orbison’s “In Dreams,” with its late-night ambered hues, its lonely trumpet (Harry Kim) sent like a drifting angel to guide the forlorn and Rose’s vibrato at its most arresting, serves as both an abidingly lovely capper to this side of the record and an aching, pastel primer to the more subdued side. Left hanging here in the lingering, aqueous middle, we get up in a floating hurry and turn the record over.

Over here on the other side, the moods deepen, the atmospheres grow more voluptuous, the stakes and their consequences appear more nakedly distilled to their essences. Whether it’s the understated stateliness of “Safety Pin” – the sound and aspiration suggesting Sinéad in a cathedral of longing, the singing signature Arrica with its breathy emphasis and intuitive emotional clarity – the pleading throatiness and country echo of “The Shallow End,” or the halting but frolicky gallop and groove of “Where You’ve Been” that rides a slowed-down dream of a rockabilly guitar and some brush trap drumming all laid down in a Hammond undercurrent as permanence and transience pass each other on parallel tracks, it’s on this side that the conceptual beauty of this record gets embedded like a psalm upon your psyche. Most incisive and unafraid over here on this side, though, is the mighty, clear-eyed and cathartic “Cut It Out.”

Hushed but nearly combustible as per its title’s double entendre – and thereby slotting into the entire record’s thematic conceit with a remarkably subtle sleight-of-hand – “Cut It Out” paints the notion of a rarely spoken-of emotional fearlessness in so many shaky-handed strokes of doubt and honesty it’s impossible not to empathize. The sleepless middle-of-the-night quaver in Rose’s voice, as brave as it is uncertain, is the voice of the lover too painfully well aware of her heart’s own saboteurs, those shadows that are reflexively cast there by nagging uncertainty that is itself the product of an over-actively dark romantic imagination, throwing cautions in her path when they should – if this thing’s going to have any chance – be thrown to the winds. Not an easy sentiment to draft into a deliberate and ballad-like 3½-minute ‘rock’ song but with lines like “I’m jealous of the scar above your hip/wish I was something as permanent” there should be little surprise the writer pulls it off. Buoyed by a string arrangement that brings both drama and intimacy, supported by the tender emphasis of a band delicately shaping itself around the singer’s phrasing, it’s a stop-dead track on an unassuming but eloquent masterpiece of an album.

Though, yes, it is in essence the core functional point of this record both inside and out – either cover is the front cover, visually representative of the two prevailing moods; the spine reads  the same no matter how you shelve it – it’s still the case that you’re not sure if you’re coming or going with this record but in the end (and the beginning and the middle, for that matter), you won’t care so long as you’re there.