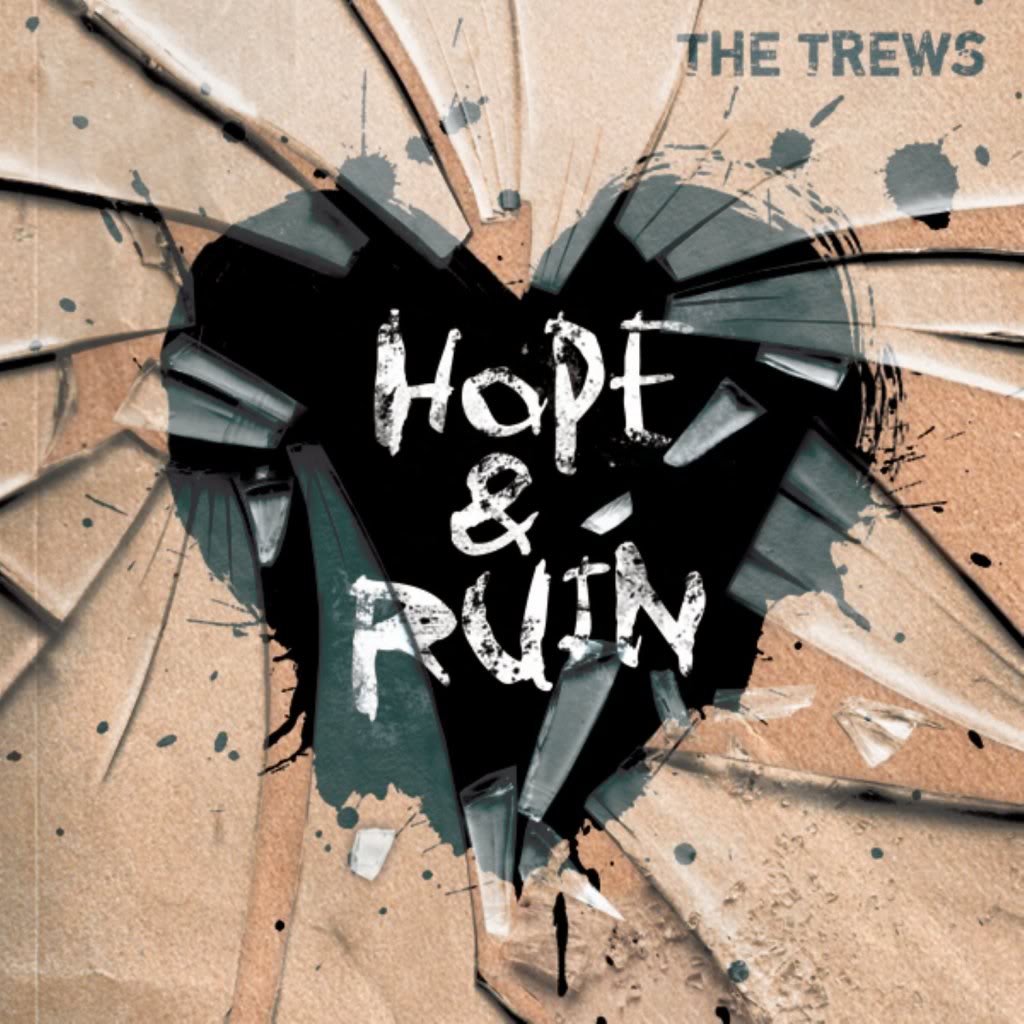 “The sun came up and the world turned round/ But I saw right through it/It’ll go back down,” The Trews’ Colin MacDonald sings on the title track of his band’s fifth studio album. He sounds like an honest version of Caleb Followhill, singing so earnestly about the enormity of both sides of the coin of life.

The Kings of Leon comparisons unfortunately don’t stop there: The make-up of The Trews includes family members, they’ve recorded several well-received and critically-acclaimed albums (in their native Canada–mainstream attention in the states has eluded them up to this point) and both bands have a certain, shall we say, fun loving, attitude toward the recording process.  “I think that the lifestyle you’re leading can’t help but bleed into the music,” MacDonald says. “In this case it was a lot of reefer, beer, good food and company–a great vibe overall. “  Thankfully, the similarities end abruptly there. The Trews are clearly a band on the rise, tracing their own path of success and failures through a business that is not very welcoming or appreciative of artists who employ a ‘heart on your sleeve’ approach to their music.

Over the past decade, The Trews have ambitiously tackled and conquered the Canadian rock and roll landscape, with several of their albums receiving generous amounts of notice, including 2005’s Den of Thieves and 2008’s No Time for Later. Both albums contain  plenty of The Trews’ signature roots rock and addictive hooks. Although there are precious few examples of Canadian bands bursting bombastically through the U.S. border—even the Canuck giants The Tragically Hip failed to make a commercial splash in the states–The Trews may very well be the ones to get the job done.

Hailing from Antigonish, Nova Scotia, The Trews started as a high school garage band playing school dances or any other venue that would take them. After high school they made a beeline for southern Ontario, which is where and when their career as the Trews started to take off.

Their newest release Hope and Ruin is by far their strongest, cleanest and most broodingly beautiful statement to date. As for what made the recording of this album different, John-Angus MacDonald replied loosely, “It was a lot of fun to record. We were situated in rural Ontario in a studio on the lake cutting everything live and being our own filter of goodness. In that sense I feel it’s the most “Trews-ey” record we’ve ever made.”

It undoubtedly helped the band that the project was helmed by non other than The Tragically Hip’s Gord Sinclair, setting The Trews up to be the ‘Hip’s’ little brother–respectful but also clamoring for attention. The enormity of their connection to the Tragically Hip is not lost on John-Angus MacDonald : “In my opinion they are the most important Canadian Band. They have an extremely unique sound that you could only sum up as Canadian. The connection between the two bands began a few years back when we opened some shows for them when we were touring our first record; we’ve remained friends ever since and have always talked about working together, especially with Gord Sinclair. I guess the stars just aligned this time around.”

The high notes on Hope And Ruin are remarkably good: “Misery Loves Company” may very well be the best lead-off track from any record so far this year, while the theme of tracking life’s highs and lows is manifested beautifully in both “If You Want to Start Again” and “I’ll Find Someone Who Will.” While many indie releases can wallow in digital obscurity and quieter headphone moments, Hope and Ruin is so well crafted that it deserves repeat plays during summer ping-pong games and BBQ’s.

While The Tragically Hip hold a firm grasp over presidential rights as Canada’s brightest, The Trews are sneaking up the ranks.

Their quality has not altogether been lost here in the states, as the band was tapped by Kid Rock to share his bill on his recent Canadian tour. Of the tour, MacDonald beams, “It was the promoter’s idea to put the two of us together. He sent Kid our stuff and he dug it. It’s been a great tour–all big, sold out arenas. The whole camp, including Kid himself, are really cool people. He is slowly put surely training us in the ways of the pimp.” The Trews have sporadic U.S. dates coming up this summer, with a more extensive tour in the works for the fall.

In a perfect world, a band like The Trews would break through in the U.S., bringing all their melodic rock and roll and bits of sensitive heartbreak along with them. One challenge that they may face is finding some sense of consistency in their audience.  A band like this fits on the Bonnaroo bill, just as well as Coachella, but exactly how to bring The Trews in front of the best audience will be the real trick.  But hey, a strong band like this, armed with their best record to date and fresh off pimp training camp with Kid Rock, has the makings of what could be the success story of the year. Oh, and they made two requests to CITC: They would like to be the bar band in Roadhouse 2 and please don’t ever compare them to Rush.

“Nothing against Rush but they are the last band that we sound like or should be compared to,” says MacDonald. “It’s like thinking that all Canadians live in igloos or that they all say “aboot.”