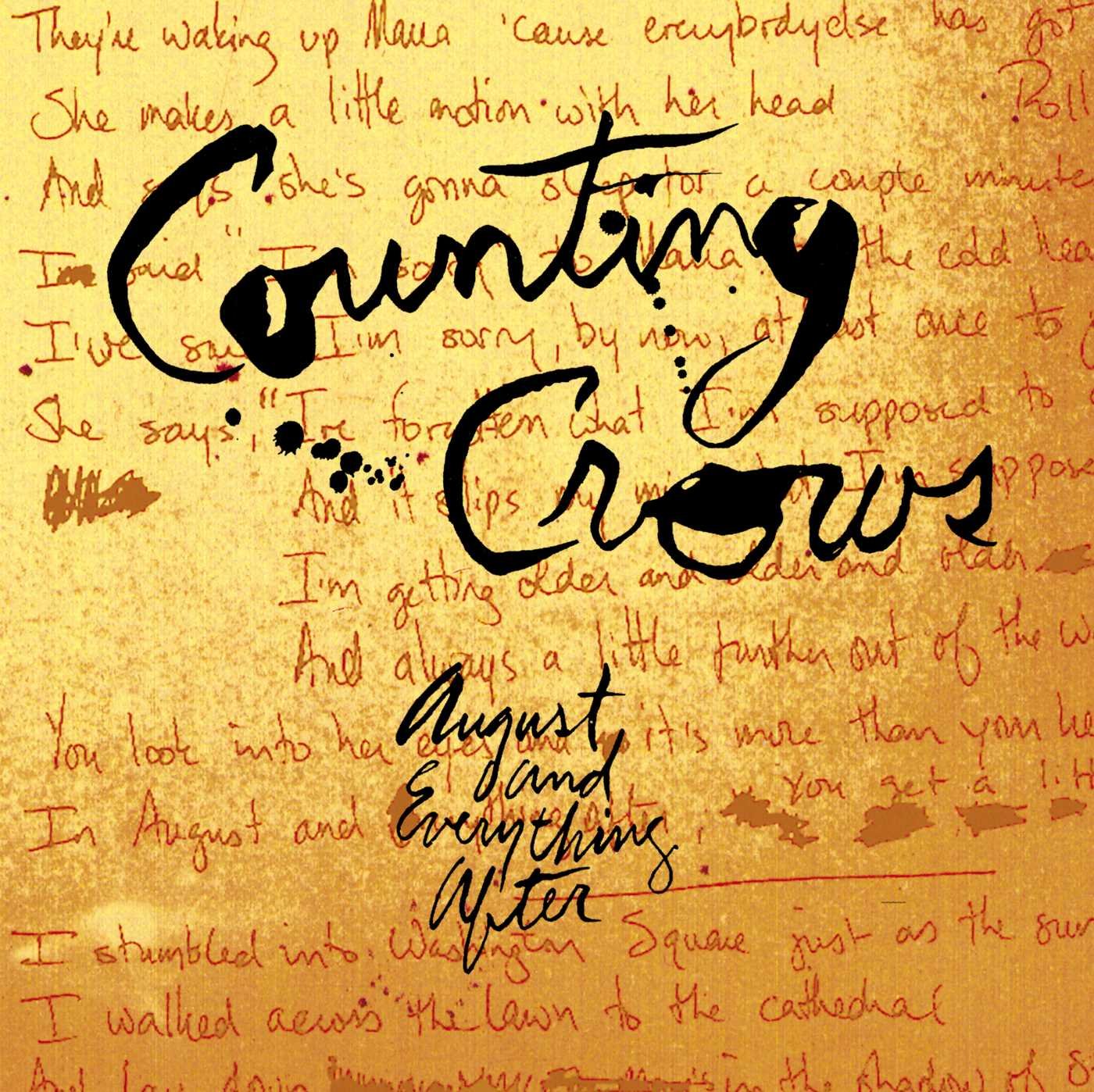 Now let me explain before you get all pissy.

I genuinely love the Counting Crows.

Always have. Adam Fredric Duritz is my guy.

They’re a hell of a band. Always have been.

August and Everything After is one of the truly untouchable debut records in rock history. Damn thing is fire. It still holds up great, btw. If you haven’t circled back around to that one in a while, quit reading this nonsense and cue that bad boy up. Seriously, that record has been a constant accomplice of mine since the day I first saw “Mr. Jones” on MTV. It heavily influenced me as a songwriter/arranger on my own records and accompanied me on many a late night excursion while on tour. Easily in my top-5 records of all time. Their follow-up, Recovering the Satellites, is not too shabby either. There are some great tunes on that one as well. It’s a banger of an album.

After that though…things get dicey pretty quick.

All apologies to Adam and the fellas, but the remainder of their recorded output can range from middling to downright unlistenable/offensive. I mean, I love Adam. I do. But wow, does that dude drone on and on and on and on. He so fucking wordy. At the rate he expounds, it only stands to reason that a mere few words could really be any good. Sadly, many just aren’t. It’s also worth pointing out that when Adam gets it right – it’s REALLY right. The way he weaves his mysterious, ongoing characters through different songs and transports us to different cities, times, and feelings–he’s got superpowers. He just doesn’t always use them for GOOD.

Over the years there have been a bunch of awesome guys in Counting Crows. In fact, the main shape of the band hasn’t changed much since its formation in Berkeley all those long years ago. That said, it’s so hard to believe that none of them ever raised a hand to ask Adam to please Get to the point already! We’ve been playing this song for like 25 minutes. Judging by their typical live show, it doesn’t seem like the rest of the Crows do much objecting. He’s still often interjecting any number of cover songs within their own already lengthy tunes.

What I think Adam has never quite understood is that we only needed one Van Morrison and that we love him the most when he’s just being Adam up there.

Yes, this is some tough love. But I freakin’ love Counting Crows and I want you to, too. In fact, I want nothing more than to re-ignite your fire for this band. But how does one fearlessly wave the CC flag in the face of such a steep mountain of hurdles? Most of their records are sheer exhaustion personified and there’s so many of them to boot.

Let me help. Let me Sherpa you through the rough terrain and existential booby traps that lie in wait. There are some great songs on a lot of Counting Crows records; you just have to know where to look.

That’s where I come in.

I promise, there will be no whining or 8+ minutes songs anywhere on this playlist. What I offer here is a mixtape of downright awesome Counting Crows songs that do not appear on either August…or Recovering the Satellites. I’ve been on an arduous journey, folks. I’ve been painstakingly inspecting and excavating these tracks. I’m dusty, tired, and even a little bit sad. I’ve done the hard work for you. All I ask is that you consider falling back in love with this band.