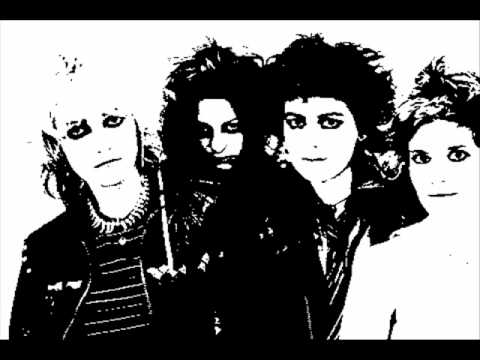 Yes, it was an innovative time. Once that initial explosion happened the floodgates opened and all bets were off, as bands from all over the spectrum threw off the shackles of the “One-two-free-four!” dogma and began experimenting, drawing in and incorporating influences from whatever genre might meet their needs, be it funk, dub, Northern Soul, krautrock, strands of psychedelia, you bloody name it, dragging them through their own unique prisms and coming up with a mind-blowing body of original work that, given its critical status today, some 35+ years later, will surely stand every test of time there is and remain relevant forever. Paradoxically, however, it was the treatment given to (mostly) well-known covers that often exhibited some of the most daring efforts of those halcyon days when anything and everything in the rock music world seemed possible. So, as part of our continuing post-punk public service here at Stereo Embers, we count down the twenty best covers of those remarkable years.

Wherein British producer David Cunnigham throws together a distinctly un-motley crew of improvisers and avant-pop musicians and, as you’d (most certainly not) expect, hits paydirt by appropriating original Motown man Barrett Strong’s first and only hit, though it having been a hit some 16 years earlier in 1963 for a little band called the Beatles just might have had a little something to do with it as well.

The Birmingham post-ska revivalists bring their trademark ranking full-stop stylee to a song that was originally a hit for…Andy Williams in (again) 1963? Indeed it’s true, but you’d be hard-pressed to hear any hint of Mr Claudine Longet in this version.

Sure, they’d covered “In The Midnight Hour” previously on This Is The Modern World but that had been, well, hamstrung slightly by the strict mod confines of their early influences. By Setting Sons, however, Weller and the lads had begun to wriggle free of that straitjacket and the results are a much freer, rollicking version of a hot soul classic than might have seemed conceivable just two years earlier,  giving the Holland-Dozier-Holland classic a spunky but respectful update.

They may have (debatably) been Gothic godfathers but there was apparently a glimmer of pixie-hippie glam hidden somewhere behind those sunken cheekbones, as this reading of the T.Rex classic duly illustrates.

Speaking of supposed Goths taking a poptastic left turn, how about our dear Siouxsie Sioux tackling a Lennon-penned track about trying to lure Mia Farrow’s sister out of meditative isolation during that most hippy-dippy of Beatles stages, their excursion to India to study under Maharishi Mahesh Yogi? Whoa, trippy, and who’d have thought that that word would ever be applied to the queen of the Bromley Contingent?

Amid an unparalleled run of plangent, masterwork albums that began with My Aim Is True, barreled through This Year’s Model, Armed Forces, the astonishing Get Happy! and Trust and that would crest a year later with the baroque pop masterpiece Imperial Bedroom, young Declan took a detour down a country byway. Alarming in some ways (at the time), but then again if it was going to result in whimsically sick little gems like this cover of a track written by “the Blind Balladeer” Leon Payne decades prior, why then, Elvis, have at it!

Bit of a cheat here so far as the date goes but hey, it’s the Fall, so the rules hardly apply. Now, with Mark E Smith and his vast carousel of cohorts over the years, one has a vast repertoire of cover versions to choose from, of course. And whereas such sui generis versions of “Mr Pharmacist,” “Black Monk Theme, pt.1,” or “Legend of Xanadu” (among many others) could rightly battle for the top spot, this version of the Kinks’ wry salute to their English heritage really does deserve the crown.

What better way to create an instant buzz than to release as your debut single a version of the Thin White Duke’s most recent single (off the wonderful Lodger) that itself had been released a mere six weeks earlier? Cheeky, sure, but also quite effective, as it turned the head of one Chris Parry at Fiction Records (already home to the Cure) and Billy Mackenzie and Alan Rankine’s career was off and swinging.

Sure, maybe your choice would be “I Fought The Law” but here at Stereo Embers headquarters we can’t think of a more energized, passionate cover than this rousing version of Vince Taylor’s ripping 1958 b-side (!) other than maybe..nothing. The way Strummer spits out the lines “Jesus Christ, where’d you get that Cadillac / She said ‘Balls to you, baby!,’ she ain’t never comin’ back” just seethes with rockabilly heartache, while Mick’s guitar playing pretty much goes off the chain.

An unavoidable truism maintains that the best cover versions are those that not only depart from the original with some measure of daring charm (while still retaining the intrinsic gist of the thing) but also arrive from unexpected quarters, and there could hardly be an example that better fits this formula than these Brisbane-bred punk pioneers tackling the Ike & Tina Turner, Phil Spector-produced classic from 1966 that the legendary gun-toting producer considered his best work. Did they pull it off? Yes, on the 4-track 7″ EP One Two Three Four, we (and millions more) believe they did, rather mightily.

This darkly chugging take on the Velvets is another cheater of sorts, we reckon, as it never really saw general release until an entire album of live VU covers by these Toronto originators (formed in 1976 by Andy Meyers and Ken Badger), culled from a batch of tapes spanning the years 1978-1981, quietly arrived in 2007. Included here for its unremitting dedication to – and punky Jonathan Richmond-on-whippets deviation from – a source material that couldn’t be more seminal.

9. The Rezillos – “Somebody’s Gonna Get Their Head Kicked

So, yeah, odd enough we’ve got creatures of the night covering the likes of the Beatles in their peace-love-cookies period or Australian proto-punks taking on the mighty Ike Turner (and winning), but snotty fun punk popsters appropriating Fleetwood Mac? We’ve got to be kidding, right? Umm, well…no. Though attributed originally to ‘Earl Vince and the Valiants’ when it appeared as the b-side to the Mac’s 1969 non-LP single “Man Of The World,” this motor-mouthed gem spewing menace with an audible gurning grin was indeed penned by founder band member and slide guitar maestro Jeremy Spencer.

Neurotic robot exhalations, nightmare clockwork timekeeping, a shadowy synth lowing behind it like there’s a predator following you down a dark street, what better way to present the Righteous Brothers’ monumental paean to universal heartbreak (and the single that many people not named Phil Spector would claim is the producer’s finest moment) to ominous life? Yes, Philip Oakley’s croon is firmly in place like a velvet anchor, but somehow that just makes it creepier. [word from a live performance witness is that it’s actually Martyn Ware at the mike here, so we’ll allow ourselves to be gently corrected on that point]

There’s really nothing much to say about this herky-jerky deconstruction of the overplayed Jagger-Richards anti-commercialism rant (even by 1978 what began as a screed had turned into a chestnut). Just the fact of Mark Mothersbaugh / Booji Boy singing “I can’t get me no girly action” pretty much says it all, somehow.

The most Wire-y of the original quartet that made up Wire, when Colin Newman went into the studio to make solo records, they most often sounded like lush, fully-realized demos of tracks that could very well have graced any of his parent band’s albums from 154 on. This layered haunt of a take on George Harrison’s Magical Mystery Tour highlight, full of shifting/disappearing synth effects that seem as if they’re being blown around by a wind inside your own head, is a dry and angular piece of post-punk psychedelia such as no one else was capable of producing. It’s a dreamy groovy vibe gone weird, and it’s lovely.

Boy, let Howard DeVoto and the original Magazine rope in intense and eccentric Joy Division producer Martin Hannett and anything can happen, as this eerie, claustrophobic dissection of the Sly & The Family Stone funk-rock extravaganza clearly shows. Bassist extraordinaire Barry Adamson seems to especially be having a field day here.

Let’s see. You’re from Edinburgh, Scotland, it’s 1980 and all of a sudden synthesizers are affordable. What might you choose to announce your wilful musical brilliance? Got it! Take the Johnny Kidd & the Pirates 1960 rock and roll juggernaut “Shaking All Over,” keep the vaguely Duane Eddy-ed guitar hook but turn the rest of it into a percolating electronic exercise in wholescale stylistic re-imagining, complete with droll, mostly whispered, near flat-affect female vocals. Perfect!

And speaking of completely rearranging a song’s recombinant DNA, look (and listen) no further than Robert Smith’s brilliant stripping down and rebuilding of Jimi Hendrix’s epic tribute to lustful appreciation. Aside from bringing some much-needed irony to the song by just about neutering it of its unreconstructed hippie libido, this version off 3 Imaginary Boys also has the advantage of taking irreverence to a new high. Or is that low? Either way, we can’t hear Jimi’s anymore without hearing this one at the same time, which is most certainly the sign of a successful cover.

Appearing, and sounding, like a band of earth priestess Lee Perry sisters living in a squat commune in London, the Slits took the purest spirit of DIY and converted it into unfathomably inimitable gold. Primal, propulsive, pushing out past the edges while maintaining a thudding thumping dubplate center, Ari, Viv, and Tessa created what hadn’t ever been created before, a wild offspring of Augustus Pablo and LiLiPUT, their ability to be so firmly grounded while simultaneously giving the offhand impression that they were this close to falling apart produced a unique ecstasy that never dims. Nowhere is it more on display than on this moaning, glowing revisioning of the Marvin Gaye smash from 1968, co-written with Norman Whitfield by, yep, Barrett Strong.

Was there ever any doubt? No, there was not. An absolute marvel of owning the original, of reconfiguring it in your own image, there can really be no rival to the Guildford Four’s appropriation of the Bacharach/David standard made famous by Ms Dionne Warwick in 1964. First time I heard it I stood in awe, not moving for its entire 6:21 length. Rather than natter on about this or that detail, let’s just let the thing play out in all its glory, shall we? For it is, without doubt or dissent, bloody glorious. C’mon, let’s go for a stroll in the trees.