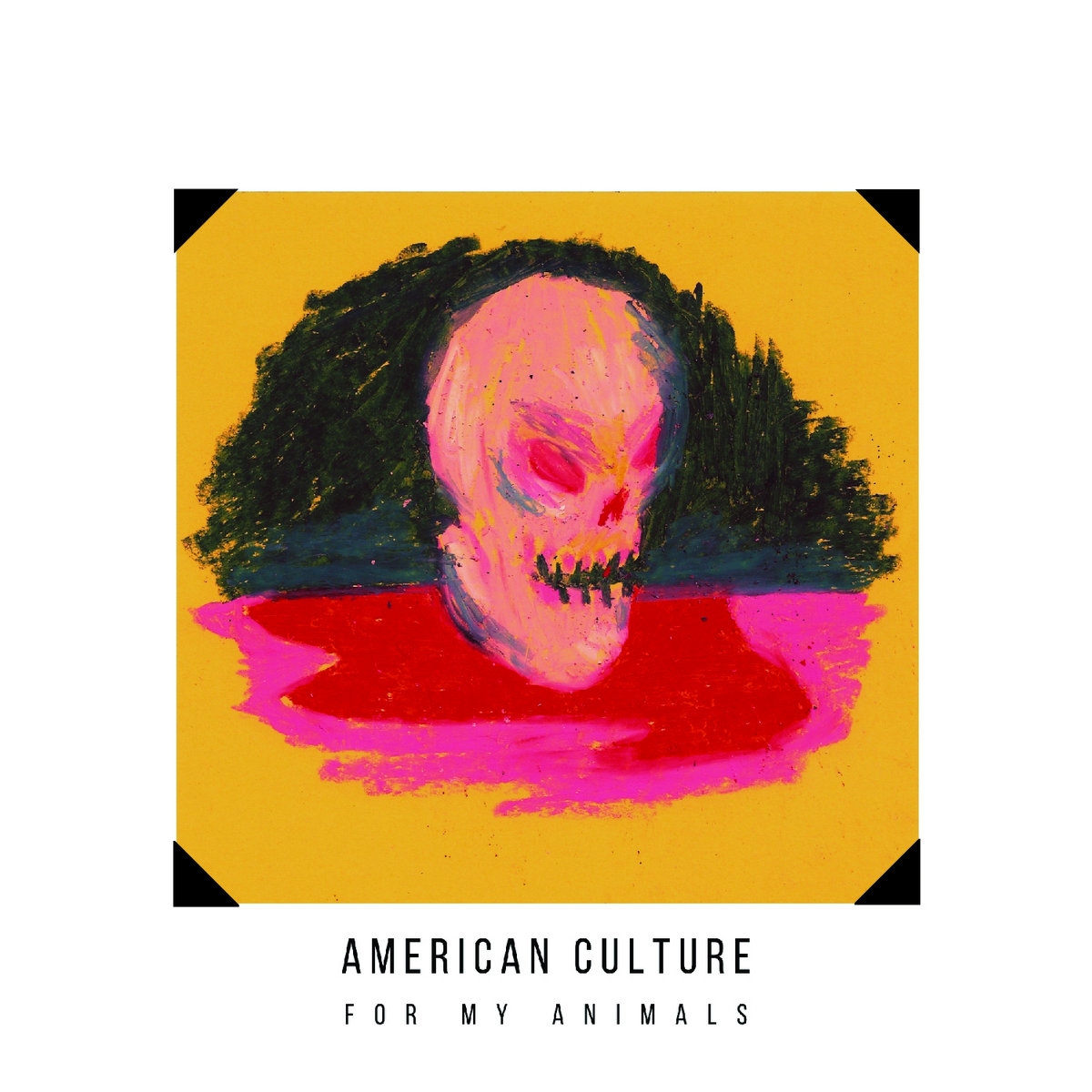 For some reason, as soon as I start listening to the just-released (on Happy Happy Birthday To Me Records) For My Animals from American Culture, I immediately imagine a Bright Eyes that, while similarly idiosyncratic in an intimately detailed way, expresses that kind of diaristic inclination via a shambolic mojo reminiscent of both Epic’s and Nikki’s post-Swell Maps work along with a healthily askew slice of Jad Fair’s irrepressible bedroom Americana wedged into the mix with an incessant shaggy-mutt nonchalance. What that tortured (but, we believe, accurate) run-on torrent of referentials leads us to is an unpretentious, unabashed example of a truly indie daydream, an often rollicking and disarming charm offensive that never set out to be anything of the sort. It just is.

But then again, what else to expect from an album with an opening track called “Silence” that, okay, starts quietly and pleasantly enough – a soft lope of mid-tempo chording, a rhythm section lending mild heft a measure in; so far so Sarah Records – before head American Culturist Chris Adolf tips his rhetorical hand a bit with the line “There’s silence, then there’s dead fucking silence,” at which point the track builds with a certain invincible if crazed if emotion-packed logic (next line “I think this is why I was a sensitive child”) until we have a simmering burner that burns like someone’s set fire to Kurt Vile’s doppelgänger twin. Then the real fun begins.

Up next, the title track basks in that same bashed-about tune heaviness that, yes, Half Japanese more or less pioneered back in those sweet yonder halcyons but A) ain’t nothing wrong with that by definition and B) there are enough layers of nuance going on all around the noisy core of the song – the vocal melody of which, by the way, couldn’t ring any more ‘classic’ if it tried – to stamp it as singularly ‘American Culturesque.’ And, indeed, so goes the streak of top-shelf pop shenaniganism throughout. Check “No Peace” with its pencil sketch approximation of “Goin’ Up the Country”‘s famous flute melody, how “Small Talk” suggests what VU might’ve sounded like had Lou brought forward a taste of his mid-60’s Beachnuts stylings into the mix, the accelerated harmonica highway surge of “Loosing My Mind”, the fuzz-drenched, drug-fogged (or so is the impression given) “I Like American Music” – which, bunched in the middle of the tracklist with the groove-wise street funk of “Drug Dealer’s House” with its wonderful tossed-off line “Why is there so many reptiles in these places” among other cherry bon-mots, and “1972”‘s rough-edged if scintillating paean to the psychedelic moment, would seem to mark the beginning of what feels an aesthetic mission statement – or the barreling if light-footed romp of the revealingly named “Here She Comes,” the slyness of its wink/nod title overshadowd by the song’s sheer adrenaline suss. With all that – and more!! – it can at the very least be said that here is an album you can believe in.

To be certain, records like this are not, nor have ever been, a dime a dozen. Tuneful, carefully controlled sonic chaos of this quality springs from a fount so unique it cannot help but be genuine, a thing built by natural inclination. There’s nothing ‘studied’ about this album. Rather, it is simply, and purely, a product of such loving (and history-nodding) don’t-give-a-fuckness that, as a listener, no matter how much one goes into For My Animals ‘this is cute, kind of amusing,’ one comes out the other end, the reverbed ram-a-lama charge of the astute “Natural Violence” still banging around inside the eardrums, convinced it’s a work of genius. One is not wrong.