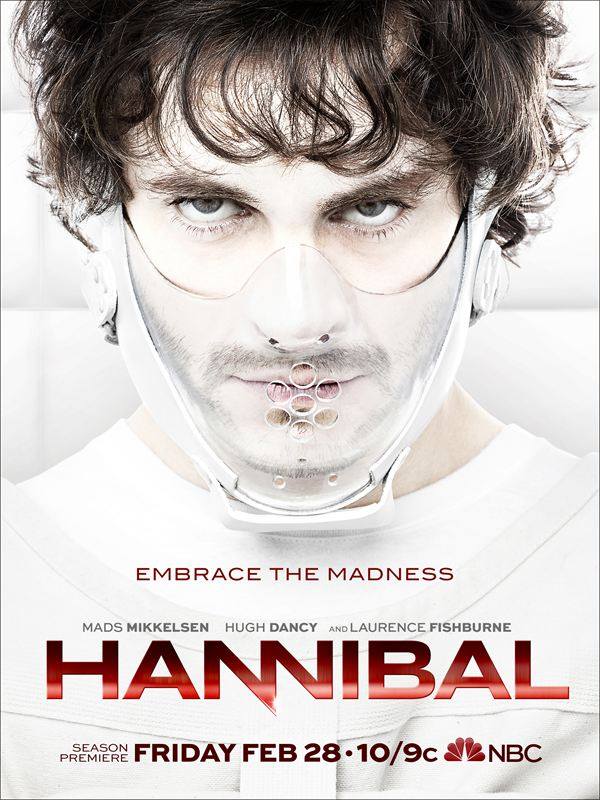 Looking at perfectly decadent meals prepared by Hannibal Lecter with mood lighting that was to die for on Hannibal, might actually have murdered my appetite for good.

Besides tainting the Food Network for me, Hannibal has also made me question what sanity really is. I have only watched the first two seasons and now I’m wondering what my psychologist parents really put in the meatloaf we just had for dinner.

Don’t get me wrong–the show is stunningly beautiful. I didn’t think darkness could be as alluring and entrancing as Hannibal made it.

Seeing a crazed man grow his own mushrooms off diabetic comatose people in order to cope with the lack of interaction he suffered from–after all, fungus is one large interwoven organism–is, at the same time, crazed and completely wonderful. Wonderful not because the crazed man was misusing his pharmaceutical license by inducing diabetic comas on innocent diabetics, but because the show was able to take something so terribly diabolic and force the viewers to believe that it might not be that crazy.

Hannibal caused me more anxiety about fictional people, then I thought possible.

Every time the camera panned over Dr. Lecter’s beautiful kitchen you had the sinking feeling that the pounded tenderloin was not from any farm. While this could be a perfect platform to talk about factory farming and how showing the brutality of butchering humans is similar to that of farm animals, this is about the fact that the cult favorite television show Hannibal is seemingly coming to an end.

While perhaps not popular with a wider audience, Hannibal has a fervent, practically rabid fan base. With great actors in its cast like Mads Mikkelsen, Laurence Fishburne, Hugh Dancy, and Caroline Dhavernas, along with innovative, often disturbing storylines that plumb the depths of psychology, morality and humanity, one wonders why this show is coming to an end. NBC cancelled it, but many thought NetFlix or Amazon would swoop in to save it.

The show’s future looks bleak, but while we wait for the final verdict, here are five serious and not so serious reasons I believe the show is ending: