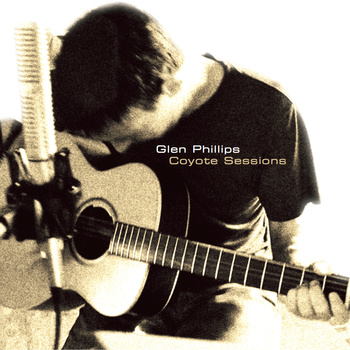 Glen Phillips wears a lot of hats: singer, songwriter, collaborator, husband, father, and member of the beloved Toad the Wet Sprocket, just to name a few. Busy as Phillips is, his dance card is about to get even more impacted, as his old band is putting the finishing touches on their first record back together in over fifteen years.

Late last year, Phillips supported his phenomenal Coyote Sessions LP by touring with Grant Lee Phillips.  Not only did the shows receive rave reviews, they demonstrated the strength of the songs and underscored the fact that the singer/songwriter is at the height of his creative powers. Coyote Sessions itself was a little bit of an experiment, as all ten songs were recorded in one room, with one central microphone and up to eight musicians playing around it. It was a refreshing concept–considering most records these days are birthed unceremoniously by laptops–and in a live setting the tracks shimmered with a kind of loose-limbed, melodic brilliance.

A great lesson in subtle singing and restrained playing, the ego-less Phillips is a master of staying out of his own way and letting the songs dictate themselves. Contributing to this organic approach, he made one of the most beautiful and moving records of the year and then chose to put it out on Bandcamp, letting the listener/downloader determine the worth of the music on their own. It was a bold move many artists are experimenting with (see Radiohead), but Phillips faithfully put the fate of the album in the hands of his listeners and trusted that they wouldn’t let him down.

Late 2012 also saw Toad the Wet Sprocket pulling together for a series of shows that led up to studio sessions for their first new album in almost two decades. They played two back-to-back dates in San Francisco, the first night playing their 90’s classic Fear from front to back and the second night doing the same to Dulcinea. CITC was at both and can happily report that the band and the songs were better than ever, even though a good number of each of the album’s tracks had never before been played live.

The shows served as great reminder of what a terrific band Toad has always been. Although the past is a nice place to visit, the good news is that Toad The Wet Sprocket are no longer an outfit that lives in the past tense. Reinvigorated and reconfigured, TWP are currently in the studio with producer Mikal Blue and getting ready to add another sonic layer to their legacy. As the band made the climb from their native Santa Barbara up north to play shows in Sacramento and Petaluma, Stereo Embers was able to catch up with Phillips for a chat

Stereo Embers: Ever since Toad stopped making records, you have been hard at work on your solo career. I absolutely love Coyote Sessions, which is a very unique project for many reasons. Can you tell us a little bit about it and why you decided make a live, one microphone record and then put it out through Bandcamp?

Glen Phillips: I’ve done a number of projects now where the majority of recording was live on the floor, and it’s a great way of working. No waiting around and checking email while you wait for someone to finish an overdub – it’s great to have to be completely present for every moment. My friend Sean had done a couple of one mic recordings in his room, and I liked the idea of having to arrange according to the sound of the room instead of balancing things electronically later on. I had a bunch of songs sitting around that hadn’t made other albums, and figured it would be a good experiment.

SE: In 2011, Toad released All You Want, which is essentially a (slightly more rocking) re-recording of all your hits. When records like this surface, the implication is that the artist has issues with the existing masters of their previous records and are doing the re-recordings themselves in order to own the new versions. Was this the case?

GP: There aren’t any issues with the old versions except that we don’t own them. It’s easier to get something placed in a TV show if they can make a single call to us instead of having to go through a legal department where we (with good reason) aren’t much of a priority.

SE: Did the process of recording All You Want have any effect on steering the band towards making new music together?

GP: All You Want was a good test to see how we might work in the studio and get a little confidence back. We started on the new material in much the same way –recording it ourselves and keeping it from being a high pressure situation. Having the time to figure out how we work as a band in the present tense, free from expectations of the past and free from outside interference, has made it possible to do the new record. 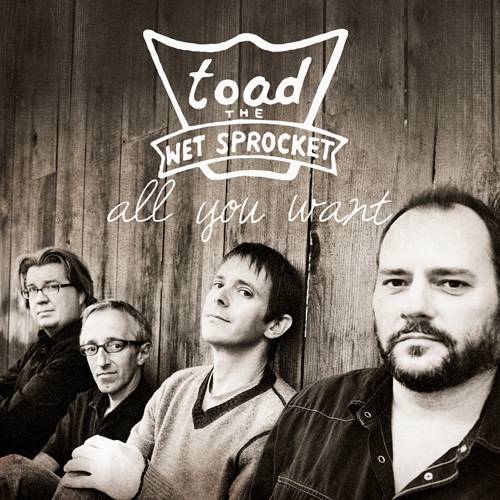 SE: How did it feel to play Fear and Dulcinea straight through and how was it to play some of those songs that have never been performed by the band live?

GP: It was a little nerve-wracking and a lot of fun. There’s a couple songs we never played live, and those ended up being some of the best performances, just because the songs were fresh to us. It’s good to have to show up in real time a little more and not rely so much on muscle memory. We’ve been touring off and on again now for a few years, and playing the albums through felt like a good way to change things up.

SE: Toad haven’t made a new record in fifteen years. What (if anything) is different about the band now? Has finally getting back into the studio changed your view of your legacy as a band?

GP: Everything is different about the band. We’re all adults now; we’ve all had some life experience apart from each other. We couldn’t have made a record five years ago, even two years ago. It was important to wait till we were able to show up and feel like a band again, and the result is that we’re all excited about what we’re doing now. I don’t know about legacy. We just want to make music that makes us feel something. If we can do that, then other people will hopefully feel it, too. And we’re all grateful that there’s an audience that wants to hear what we come up with. We’ve all spent our time in the desert, so to speak. It can’t be taken lightly how much it means to have people who care.