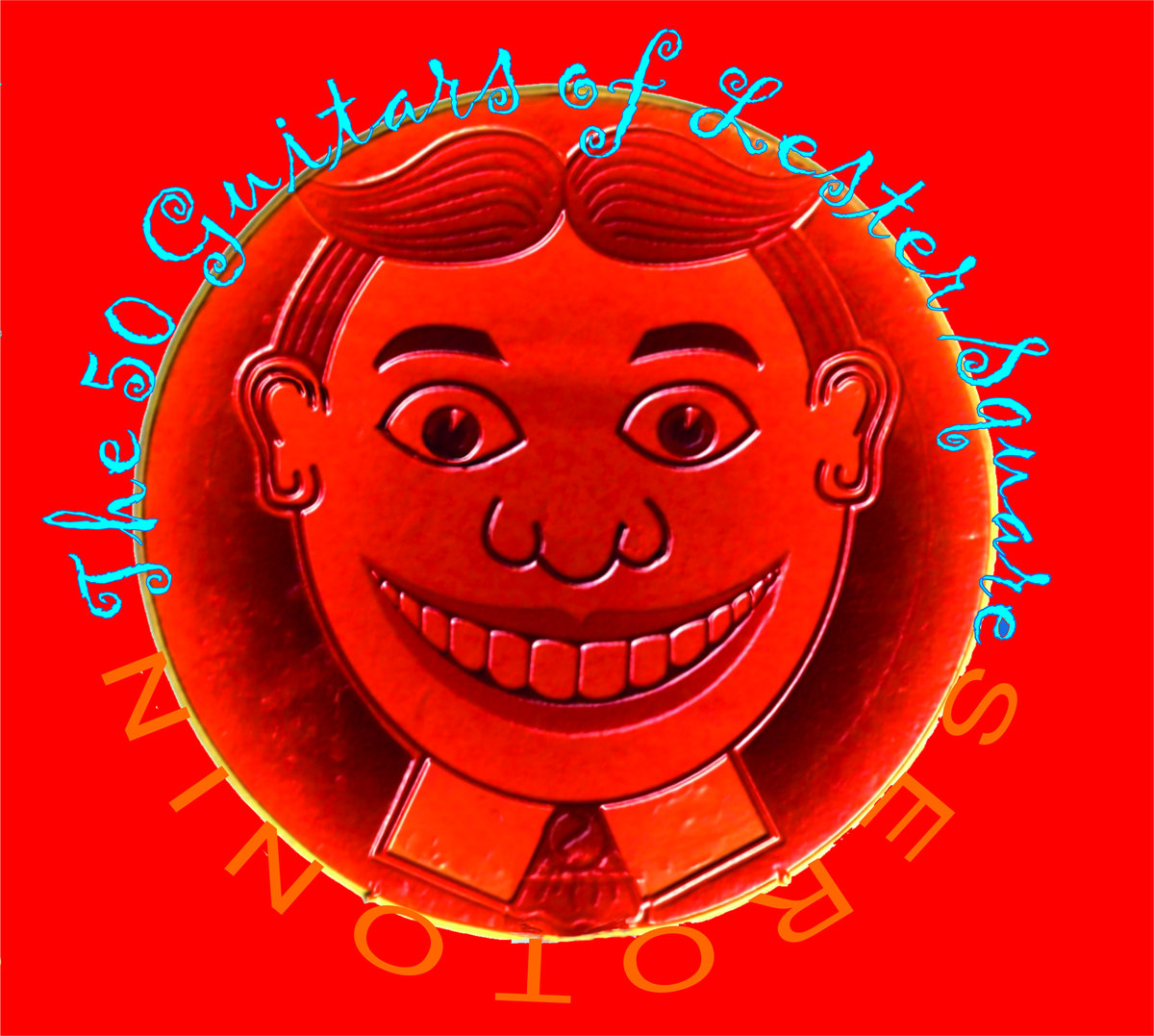 The art of the subtle contradiction begins not with his name that’s not his name – anyone that’s been to London knows well its misleadingly-spelled landmark source and anyway that’s not all that subtle, is it? – but rather the fact that, despite the centrality of, and the none-more-Britishness connoted by, that winkingly assumed name, Lester Square (known to his mum as Thomas WB Hardy) is in fact Canadian. A small matter, no doubt, but to someone such as this writer that’s had The Monochrome Set and their original guitarist tucked comfortably – and permanently – into the back pocket of their consciousness since the hazy “He’s Frank” heyday of the late 70’s, that little bit of data, given the personal resonance of Squares both Leicester and Lester, ripples with consequence a bit more deeply than it might the more recent and perhaps more casual listener. This mildly jarring moment of cognitive dissonance absorbed, I move on and invite you to join me, who knows where this disquisition will take us next.

Just inside the carnival red cover of the CD comes news that all songs excepting three here on Serotonin were “written and performed by Lester Square,” from which one has little choice but to deduce that all other sounds from all other instruments, beyond a vocal here, a sitar there, and the eleven hired guns that help flesh out the six-string orgy of “50 Guitars,” * originate with a guy most of us know solely as a guitar player. No big deal, one supposes, many musicians known primarily for one particular skill are in fact multi-faceted but one of this record’s greatest assets is a softly glowing complexity that in most instances would speak to the involvement of many hands. Thus, while allowing for the surely indispensable contributions of Craig “Fifth Smith” Gannon, who helped craft those three exceptions – the mellow-to-dramatic (but not at all melodramatic) “Blake’s Dream,” “Shaken Not Stirred,” a gritty/playful widescreent tribut to the John Barry-era you-know-who soundtracks, and the aforementioned “50 Guitars” – and who also mastered the entire kit-n-kaboodle (the sound is sumptuous, perfectly steeped), we’re left with the impression of the good Mr Square as something of an octopedal, multi-pedaled one-man-band.

To wit: the motorik gentleman’s disco of “Cassini Godspeed” that Stereolab could have used hearing the day they formed. The title tracks curious luxurious layering and texture-shifting, a mirage-like dream made from a combination of sound and sand. The frankly stunning “Privates on Parade” that marries the martial to the sublime in a way not heard since possible any time ever and that not only makes one smile inside one’s warm Kinks memories but as well offers the album’s most unabashed, inspired guitar hero spinout of a solo that flares along for damn near a minute-and-a-half and had me grinning like a gibbon in appreciation.

And while Serotonin, in the main, can’t help but echo from the intricate hallways of what might be termed ‘post-postpunk Monochrome Set architecture – “Pachelbel’s Pistol,” especially, with its deft guitar scalloping worthy of Hank Marvin and its overall playful exotica, is a nice add to the, erm, canon [sorry] – there’s nonetheless room for scathing political commentary in the form of closing track “White Christmas,” the title both nothing (overtly) to do with the Irving Berlin chestnut and everything (subtextually) to do with it as giggling Norman Rockwell children crash into white power-and-privilege fascism represented by the wannabe dictator of the free world promising violence and chanting Charlottesville thugs delivering it as all the while this country’s bombs-bursting anthem drifts overhead like a pall of smoke. Short, gingerly brutal, and powerful, it also proves, as it devolves into a blithe sonic mayhem, how much more intelligible – and presidential, come to that – the stiltedly arrogant tones of the man’s speech are when the tape is run backwards. So there’s a plus.

One of the most gratifying aspects of this otherwise non-paying gig is the opportunity, for the few hours I’m locked in a virtual writing room with them, to engage with musicians as they take fearless lunge after fearless lunge at their own versions of artistry, to feel myself on some level of communion with them during a process that is presumably devotional, doubtless stressful, and not a little quixotic. It’s an odd symbiosis (distant but intimate) that, nearly without fail, encourages faith in the human spirit. And – not to put too fine a point on it – this album, on which Lester Square, unsubtly and without contradiction, delivers the intuitive goods by the savvy skipload, during the time I spent with it, made me happy to be alive. How much more of a recommendation could you need?

*– not to be confused, necessarily, with the tongue-in-cheek-yet-slyly-accurate artist name – The 50 Guitars of Lester Square – to which this album is attributed. Or maybe it is meant to be conflated with, I’ve no real idea. You choose.