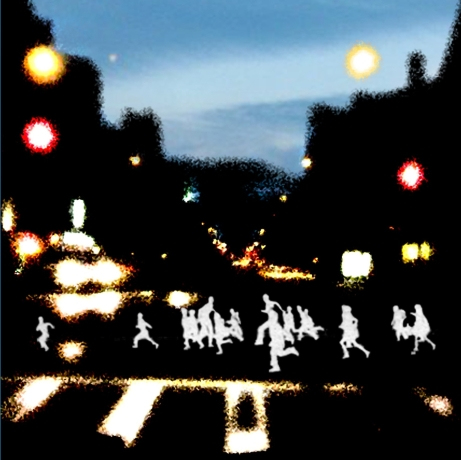 Back with new music for the first time in thirty years, The Scenics’ Dead Man Walks Down Bayview is one of the most age-defying releases in recent memory.

Originally formed in Toronto in 1976, these proto-punks had all the jangle of Big Star and all the jittery grooves of Pere Ubu and by the time they called it quits after six years together, they had secured their place as one of the most beloved, confounding and ultimately unheralded acts around.

With their original lineup intact, not only does this handful of new songs do nothing to damage The Scenics’ legacy, it augments it in an impressive way.   The sneaky rhythms of “Dark Cave” have a winning subtlety,  “A Fox, Her Fur, And Where She Parks It” sounds like vintage Orange Juice and “No Sleep” is a ragged punk rave-up.

Later, “Miami” is a ghostly blast of nervy post-punk, “O Boy” chugs along with murky beauty and “I Can’t Be Careful” is an introspective winner.