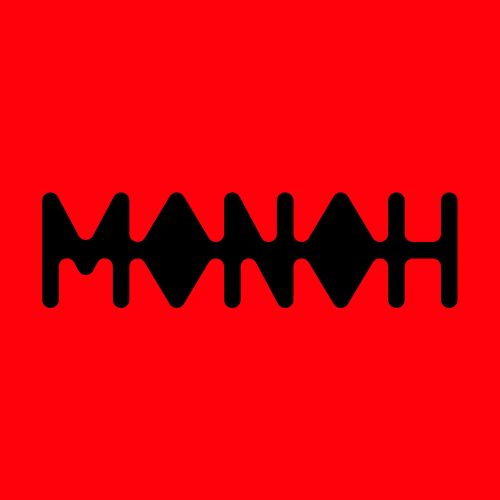 The self-titled debut EP from Zurich-based sitar player and electronic experimentalist MONOH is quite a flavorful blend. The four songs included on the record are electronica hybrids mixed with traditional Indian sitar playing, as well as more unorthodox approaches to the handling of the instrument.

The MONOH EP covers ground from trip-hop, downtempo grooves through more epic styles of sonic expressions, which, at times, sound like they’ve been lifted directly from a soundtrack to your latest Netflix obsession (Black Mirror maybe?). The tunes are full of rich breakbeats and intricate synth-scapes. There is also a stripped down bass and sitar improv to be found on the EP and it’s thrilling.

MONOH was produced by Alessandro Giannelli of Egopusher and was recently released via Quiet Love Records, a small, but prolific record label also based in Switzerland. To satiate our growing curiosity we ended up having a nice chat with Roger Odermatt, the man who creates music under the moniker of Monoh.

Hello Roger! So good to touch based with you. What inspired you, a native of Switzerland, to explore traditional Indian culture and start playing the sitar?

I was around 17 years old when I heard the sitar for the first time. It was on Beatles albums like Revolver, Rubber Soul, and St. Peppers. I was fascinated by this exotic sound and the whole mystic aura surrounding it. Soon after, I found and bought a sitar in a world-music shop in Zurich.

The interesting story is that I met my teacher right after that. A friend of mine told me that a sitar player by the name of Shalil Shankar will be playing a concert nearby to where we lived. Together with a few friends we drove there. It was a Friday night and I remember being very tired, because at the time I had to get up every day at 6am in order to go to work. In the first passage of the concert – later I would learn that this is called Alap – Shankar played a solo sitar exposition for around 25 to 30 minutes.

Even though I was fascinated by it, my eyes wanted to rest and at some point I just gave into it. Maybe the music went in even stronger on a subconscious level as a result, I don’t know. But during the intermission I approached Shankar. I asked him if he has a student that could maybe show me the basics of the sitar. I certainly was astonished when he replied: “Sure, I would be happy to help you with your sitar aspirations. Do you have an instrument?  Here is my number, call me in two weeks, my tour will be over and I will be back in Switzerland.”

So what did you learn about yourself by immersing yourself in Indian culture?

When I started my sitar studies under Shankar I was still taking lessons at the Jazz school, studying guitar and piano. Shankar encouraged me to learn using my guitar instead of the sitar. It took quite some time to convince him that I’m serious about learning sitar and, I realized, that he probably wanted to check if my enthusiasm was of the lasting type. This was a completely new thing for me.

In the West, we are used to taking lessons and paying for them. Indian culture is different; knowledge is the most valuable thing in the Indian society. There are, of course, music schools with a standardized way of teaching, as well, but the traditional way is oral. The cliché seems appropriate here: patience is probably the most important asset in a music student.

Is there anything that you discovered which you wish that Western culture would be more open to?

An Indian friend, who lives in the West, once told me: “I see many people kiss here in public, but I never see anybody cry. In India it’s just the opposite!” I think for both cultures it might be helpful to adopt the perspective of the other. Generally speaking, people in Europe or the US could show a bit more of their emotional side, whereas Indians might do well by not keeping certain emotions private. I think both are results of social or cultural conditioning.

What is the significance of “Monoh”? Because it’s not only your artist name, but also the title of the EP, as well.

Being a solo artist is not an easy thing to do. Especially for me, as I tend to receive energy from working and being with other people. It stands for my decision to call myself MONOH, as in a solo artist. MONOH stands for my realization that I am by myself, after all, and should not entirely count on others in order to fulfill my dreams.

I mean this in the most positive way! I get energy out of this thought. MONOH feels liberating to me and at the same time it is humbling. MONOH is one person right now, but it might be more in future. The “h” in the name leaves space for this.

How did you write your EP’s songs, or what was the journey from the ideas that you created on the sitar to these fully fleshed out electronica compositions?

During 2018, I played around 20 concerts as MONOH. My approach was to create a unique set for each and every concert. That was a lot of work, but that was how my tracks got created, tested, and twisted. Some tracks were improvised around a basic idea; others became more fixed over time.

In order to release my music, I needed help on the production and recording side. Alessandro Giannelli from the band Egopusher and I used to make music together when we were young. The working process was usually that I came up with a demo of my tracks and we would then rearrange certain parts where it was needed and discussed the instrumentations before we started to record. The rudimentary beats were already on my demos, but Alessandro made them into what you can hear on the final recordings.

There’s a DJ-friendly component to some of these tunes, especially the track “With Attitude.” Did you write these songs with the dance floor in mind?

“With Attitude” is about getting out of the state of thinking or worrying and allowing yourself to have fun. While working on the track, at some point, I really got stuck and frustrated. I took a break and by chance watched a video of Joe Satriani giving a lesson to another guitar player. In one part, Joe was talking about how important it is for any musician to be able to play different melodies over one bass note.

His point was: If you’re given one note, the other six or more notes in the scale are open for you to choose from. Play with that freedom! This somehow broke my blockage and I started to freely play with the track and the melodies started to flow. To come back to your question, I didn’t particularly have the dance floor in mind, but I would say that freedom is a good feeling to express while being on the dance floor.

In closing, for those of us who know very little about traditional Indian music, what is a good place to start? A song or an artist?

Ravi Shankar and Nikhil Banerjee are still the most prominent figures for Indian music in the West, and over time became household names. As an “easier” entrance point to this diverse and vast form of music I would recommend the early work of guitarist John McLaughlin and Zakir Hussain in the band Shakti; a fusion of high-energy jazz and Indian music. And, last but not at all least, Roopa Panesar from the UK – one of my all-time favorite sitarists.

Find out more about Monoh