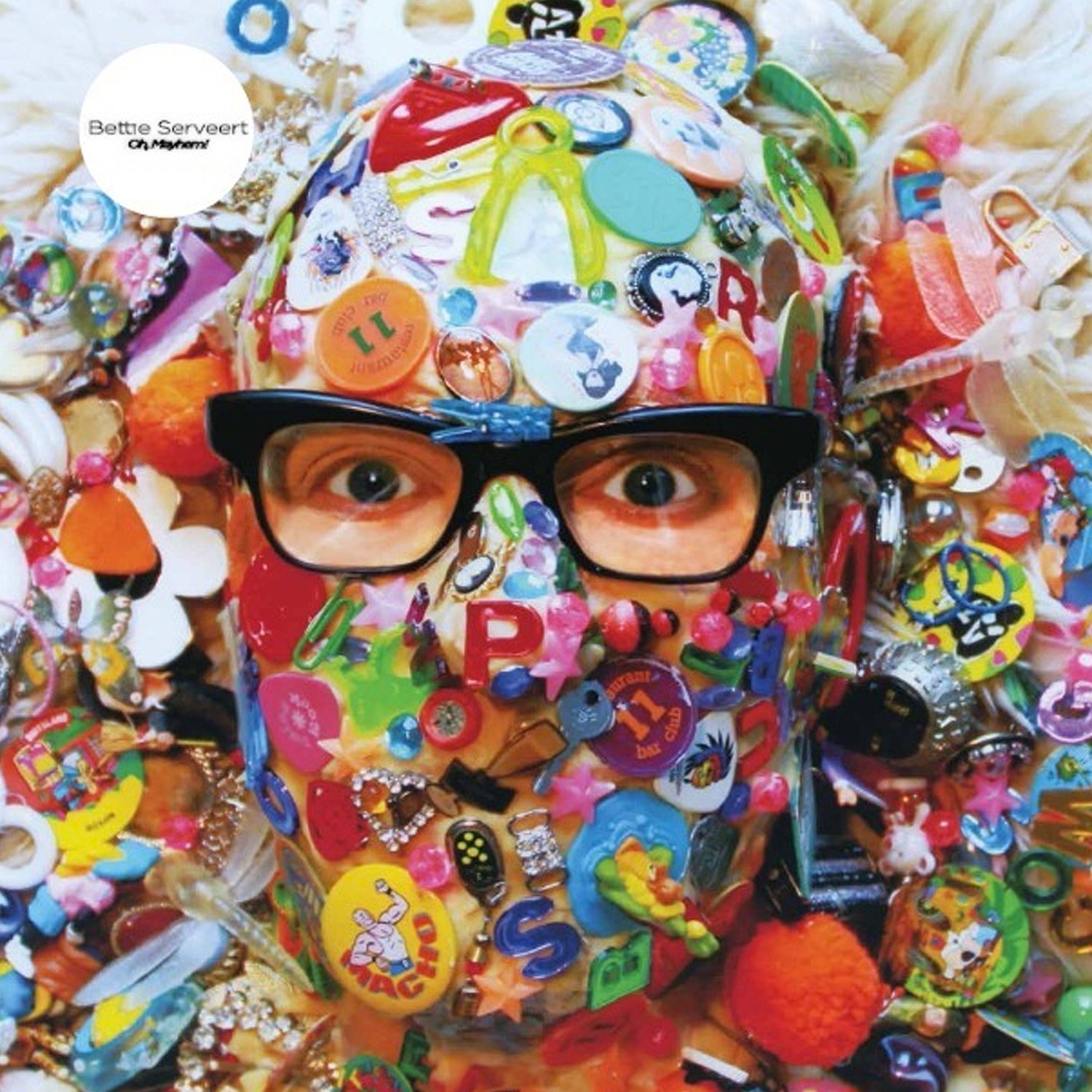 Bettie Serveert’s new long player Oh, Mayhem! is an invigorating collection that finds the band flexing more sonic muscle than they ever have throughout their twenty-three year career. Singer Carol van Dyk has never sounded more energized and inspired and she pilots the record with a potent dose of melodic sting. Recorded at La Chapelle Recording studios in Belgium, the band booked studio time for their tenth album with only half of the songs written.

As a result, most of the numbers on Oh, Mayhem! were written on the spot, giving the album a sound that’s loose, uninhibited and improvisational. “Shake Her” shimmies mightily away; “Mayhem” is an indie rock rave-up and “Sad Dog” has a grinding elegance that fades into a spacey breakdown. Later, the call-and-response of “Had2Byou” could have been a hit for anyone in the ’60s; the jangle and blast of the riff-heavy “iPromise” is vintage Serveert and the album closing “D.I.Y.” pounds mightily away.

From her home in Holland, van Dyk spoke to Stereo Embers:

SEM: Can you talk about how your approach to making a new album has changed since you first got started.

Carol Van Dyk: Ah, the first time is always the hardest, because we had no experience at all! Over the years we’ve done a lot of ‘experimentations,’ trying different ways of recording & writing. But with Oh, Mayhem! we went back to the way we made Palomine; that is, writing the songs in a short amount of time and recording everything live and within a week.

SEM: With so many great albums under your belt, when you’re making a new album do you think about how it fits into your discography?

CVD: No, not really. As long as it’s something that we haven’t done before, anything goes. Every new album is a new adventure, with all the influences and ideas that have been seeping through during touring and life in general.

SEM: This record has more swagger and shimmy than anything I’ve heard in recent memory–sonically what were you guys going for?

CVD: Something fun, punchy, sassy, upbeat. I guess it has a lot to do with our state of mind and the fact that we’ve been touring with our drummer Joppe Molenaar for the past three years. He brings quite some energy with him into the band.

SEM: This is such a cohesive set that it plays like an album is supposed to–with a beginning, a middle and an end. Was the sequencing a tricky thing or did it come naturally?

CVD: No, the sequence sort of revealed itself. While preparing for this album, we played the first four songs in that sequence, anyway. And “D.I.Y.” was the last song we wrote, two days prior to going into the studio.

SEM: The album title does tip its hand to the looseness of the record–am I on track?

CVD: Yes, you are. But it also has to do with all the kinds of chaos you encounter in daily life. People often have a bad feeling when they hear the word “mayhem” but being in love, for instance, can also bring a feeling of chaos…in a positive way.

SEM: Are you competitive with new bands that you hear? Do the really good ones make you want to up your game?

CVD: Always! Competition has a positive influence on us.

SEM: Is this an album you could have made in 1993? Or do you think experience gave the record the sonic layers that it has?

CVD: Probably not. Speaking for myself, I know I’ve grown less shy throughout the years and feel very happy within my own body and it probably shows in the lyrics. Back in 1993 we had no expectations whatsoever, no goal, except recording the songs that we loved. The experience over the years has taught us that we can work much quicker nowadays and that we can always rely on our own gut feeling.

SEM: How did you feel when the album was finally finished?

SEM: The band has been together for over twenty years. Can you promise us another twenty?

CVD: Wow! We’ll do our best. Although we might not be touring 20 years from now, quite possibly we’ll still be making music!

SEM: What does the immediate future hold for the band?

CVD: We just did a 3-month Dutch tour, so maybe we’ll do some shows in Germany and Great Britain and hopefully some summer festivals in the Netherlands. In the meantime we’ve started writing new songs, so don’t be surprised if we release some new stuff later this year.