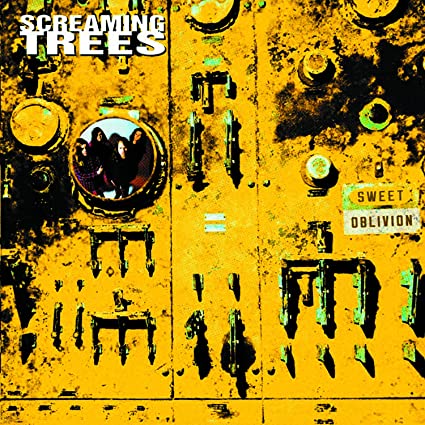 In keeping time with Mark Lanegan’s sinister new memoir Sing Backward and Weep, it seems only fair to revisit the band that he vehemently despised fronting literally the entire time he was in the fucking thing.

It’s long been known in Seattle grunge-a-fied lore that the ‘Trees hated each other. The on and off stage scuffles between guitar wielding brothers Gary Lee and Van Connor are the stuff of legend, as is the battle for creative control that raged within the band. Conventional wisdom suggests that these, and other long-standing issues, were the rocket fuel for the classic discs birthed by the band. The ever-present tug of war between the pseudo-psychedelic leanings of original songwriter Gary Lee Connor and the emergence of the modern day, Tom Waits-ish Lanegan, congealed to bare beguiling results.

That said, Mark Lanegan’s subsequent ascension to the ranks of great living American artists is well earned. His projects from Queens of the Stone Age to the Gutter Twins are crucial and his solo work continues to be engrossing and harrowing to this day. When was the last time you checked in with those records he made with Isobel Campbell, btw? Holy shit, right?!

He’s the machine of melancholy with a voice that perpetually rumbles the soul. 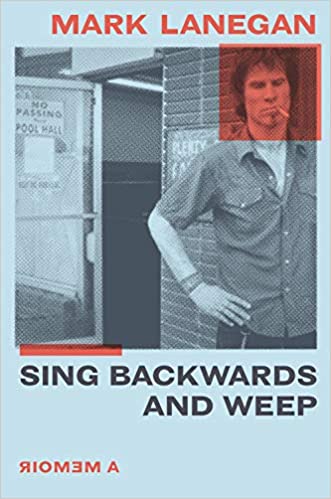 In regards to the Screaming Trees however, the tensions and distastes within the band were clearly crippling. The band is often name-checked, along side Mudhoney, as the two Seattle bands that most notably missed out on fame and fortune during the alternative cattle drive that ensued throughout the Northwest in the early 90’s. In his memoir, Lanegan chronicles the creative and personal battling within the band, while also assuming the lion’s share of the blame due to him being a hardcore junkie. Big picture, there is a strong argument to be made that the ‘Trees’ story reads somewhat generically; band infighting, squabbles over the direction and sound of the music, addiction…

It’s paint by numbers, clichéd rock and roll shit. And hey, you wont get any push back from me there.

As I’ve said many times in my scribbling over the years, I am not a grunge apologist in any way. In this case, I’d even argue that much of the Screaming Trees’ catalogue is indistinguishable from itself. That said, it’s also my belief that the band improved exponentially on records throughout the years. Whether that argument is bolstered by the transition of power between Gary Lee Connor and Lanegan, especially where lyric writing is concerned, I’ll leave that to you.

I do genuinely believe that the progression through the Screaming Trees records (especially ranging from their SST output through their Sony years) is both remarkable and badass. In my estimation, their very best work was done on their major label efforts, which is rarely the case (and is a hard one to admit for an indie stalwart like myself).

For my money their biggest hit disc, Sweet Oblivion, stands as their strongest front to back effort. By this point in their career, Lanegan had taken over lyric and melody writing and this difference is clear. It’s also notable that Seattle drumming legend Barrett Martin had joined the ‘Trees at this juncture, which coincided with a far more muscular grumble on their bottom end. Don’t get me wrong friends–former Trees drummer Mark Pickerel is awesome too, just a different breed of awesome.

‘Trees purists might argue that their long beleaguered follow-up to Sweet Oblivion, Dust, is a far superior record. To which I say, carry on good friends. Do your thing! While I’d agree that Dust contains several of their most deeply beautiful, artistically satisfying moments, it’s not quite as consistent as its predecessor. We’d be splitting hairs, though; both records are fucking radness personified.

In truth, whether Mark Lanegan wants to believe it or not, the Screaming Trees are a really important touchstone for many who still worship at the altar of the Alternative Nation. Even their physical appearance itself was quintessentially grunge before that term pestered the international stages and oversaturated the public with dollar signs. I get it; he hated being in that band. No worries, Mark. We all love you (well, not Liam Gallagher apparently).But there’s a strong throng of us folks that also continue love the Screaming Trees, too.

In herdsman-like fashion, I’ve gone ahead and curated a Spotify playlist to accompany this piece (link below). In it, I selected a handful of truly awesome ‘Trees tunes that I think best represent the power of the band in all its glory.

Yes, in the final analysis, they just couldn’t get out of their own way.

Still, Screaming Trees were fucking awesome. Turn it up!

*Before you jump to conclusions and start giving me shit, yes, I included “Nearly Lost You.”

It’s an awesome song, so deal with it.