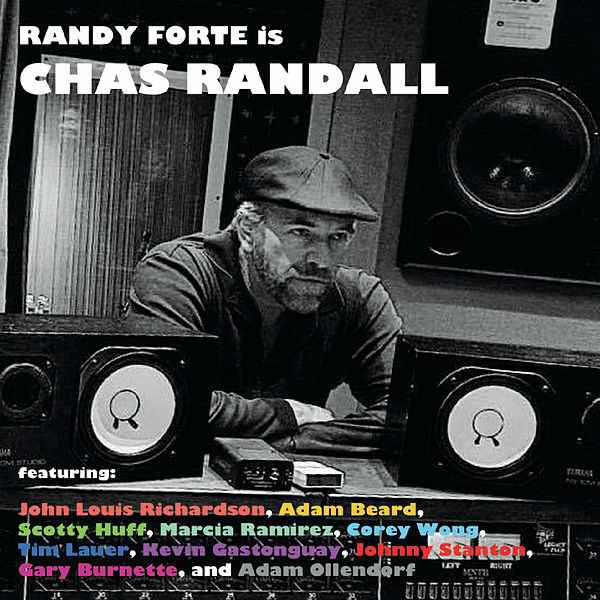 Randy Forte is one of those frightening musical talents who can play just about anything.

A thrilling homage to his Alabama roots, Forte’s new effort Chas Randall is not only an inspired and eclectic tip of the hat to his southern pedigree, it demonstrates Forte’s unreasonably gifted musical range. Although Forte is now based in Phoenix, the Heart of Dixie is coursing through his DNA and his latest record is all the sonic evidence needed to assure his Alabama relatives that his home state is a permanent part of his soul.

Chas Randall’s proceedings start with the winning country jangle of “Six Beers Away (From Crying Over You),” a song that shows Forte’s ease as a singer. From there, it just keeps getting better and better. “Living In Yesterday’s Tomorrow” brings to mind the later work of the Old 97’s; “You Can’t Keep Hiding” brings to mind a dreamier Johnny Sandlin and the spry “Rollin'” wouldn’t have sounded out of place on just about any Dan Penn record.

Forte’s got such a perfect read on the musical legacy of Alabama he leans back in the pocket and delivers every note with equal parts affection and precision.

Elsewhere, the twangy blues of “Love Out Of Luck” steps forward with all the confidence of a modern classic; the fiery pop of “My Love Away”  sounds like the Zombies by way of the Cotton State and “When The River Swallows Me” is a heartbreaking confessional about how the sweetness of the past can help ease the thorny path of the present.

The whole thing ends with “Cross The Mississippi” a soulful rave-up that daringly challenges the listener to go West to find freedom. “I’m full of memories and I don’t want any more,” Forte sings.  A number about stepping on the gas and leaving all you know behind, Forte expertly channels Springsteen’s penchant for thinking that a better life is waiting just beyond state lines.

An urging, almost pleading track, “Cross The Mississippi” is the perfect album closer. It’s a song that suggests you don’t have to burn down everything you know in order to start again–you just have to have the faith that you can start bigger fires somewhere else.