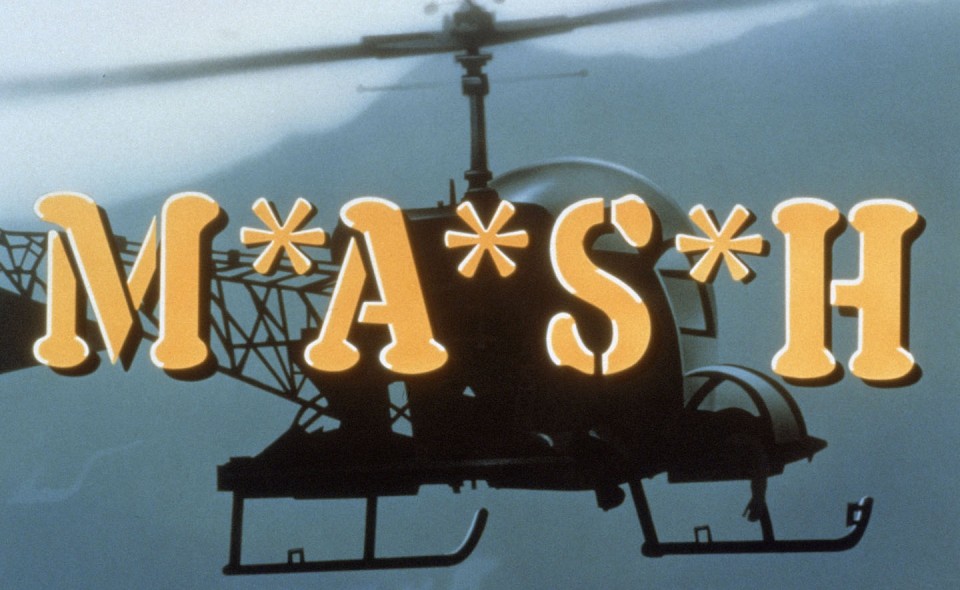 He wasn’t a military man.

He wore a fishing hat with his green fatigues. Yet no one else could manage MASH 4077th better than Lieutenant Colonel Henry Blake. He always had to walk a fine tightrope with his job, once saying to the doctors, “As a commanding officer…well, it’s a bit like being on a sinking liner, running on the bridge and finding out the captain is Daffy Duck.” (Taken from the episode “Rainbow Bridge”)

Forty years ago last week, he made history.

Henry wasn’t typical Army, but MASH wasn’t a typical army hospital. Neither was it a typical sitcom. MASH debuted in 1972 to lukewarm ratings. Slowly but surely the ratings went up, thanks to the terrific ensemble of actors. Much has been said about Alan Alda’s wonderful portrayal of Hawkeye Pierce, an antihero doctor who could make you laugh and cry at the same time. He was matched by Wayne Rogers (and fellow anti-hero) Trapper McIntyre, incompetent Frank Burns (Larry Linville) tough but kind Margaret Hollihan (Loretta Swit) the devoted Father Mulcahy (William Christopher) and we cannot forget Klinger (Jamie Farr) the man who could wear dresses like no one’s business.

Then we had Blake, played with fantastic comic timing by McLean Stevenson. Before MASH, Stevenson was best known for writing for The Smothers Brothers Comedy Hour. After appearances on That Girl and The Doris Day Show, Stevenson became a star on MASH. Henry did the best he could in an impossible job, often dealing with supply shortages (Hawkeye and Trapper once traded Henry’s precious oak desk for supplies) bickering doctors, and of course, death. In the episode “Sometimes You Hear the Bullet” when a friend of Hawkeye’s dies, Henry tries to comfort him with these words about war: “Rule Number One is young men die and Rule Number Two is, doctors can’t change Rule Number One.”

Forty-two years later, we can add young women to that quote. That same year, he won a Golden Globe for Best Supporting Actor (and was nominated for an Emmy for writing a later episode)

Henry wasn’t perfect. Often portrayed as absent minded, Henry thought nothing about cheating on his wife Lorraine. Sure there were times he felt bad about it, but it didn’t stop him anytime soon. One time he did think about leaving her when he thought (in his words) he was in “L-U-V” with a girl working as a clerk in Tokyo. It turns out she wasn’t as serious as Henry was (she made a pass at Hawkeye) but Henry was saved by Radar who arranged a phone call stateside with Lorraine. It wasn’t the first time Radar saved his boss. It wouldn’t be the last. Played by Gary Burgoff (repeating his role from the movie) it was Radar who kept Henry on track, often finishing Blake’s sentences. Radar did what an employee should do: he made his boss look good. He also stayed strong when Henry got down. They needed each other, no matter what.

In 1975 Stevenson decided to leave the show. Loretta Swit said it was because he was tired of being in an ensemble and wanted to be “number one.” (This is also confirmed by MASH writer Ken Levine) The departure would take place the last episode of the third season. The episode was called “Abyssinia, Henry” and it aired on March 18, 1975.

In the beginning we have the surgeons working when Radar brings good news to Henry: He’s going home. Homeward bound! Excited, he calls Lorraine, and then cleans out his office. He gives Radar a gift: his father’s thermometer. That night Henry, Hawkeye, Trapper and Radar get drunk at Rosie’s bar. While the waitresses hum “America the Beautiful” the guys present Henry with a spiffy new suit to wear home. The next day Henry wears his new suit. He addresses the troops one last time. Klinger is dressed in a Carmen Miranda ensemble. After a blessing from Father Mulcahy and kissing Margaret, Henry heads to the helicopter pad, followed by the regulars. After tending to a wounded soldier, Henry looks up to see Radar. Radar is standing there, saluting the man who was like his father. Touched, Henry goes up to Radar and gives him a hug. “You behave yourself, or I’m gonna come back and kick your butt,” Henry says. Radar smiles, and then joins the others as they watch the helicopter take off.

Now this is when it was supposed to end. A nice ending, tied up in a neat little bow. Many laughs, little tears. Not so fast.

The next scene is the operating room, just like the opening. Radar walks in without a mask. Trapper orders him to put on a mask. Radar ignores him. Takes a breath. Struggling for words, he then says “I have a message. Lieutenant Colonel… Henry Blake’s plane… was shot down… over the Sea of Japan. It spun in …there were no survivors.” He walks out in a daze. We then see everyone’s reactions. Shock. Tears. Margaret and Frank look stunned. Hawkeye and Trapper keep working. It’s the only thing they can do.

“Abyssinia, Henry” was groundbreaking because it was the first TV show that had a character die. TV characters never died; they moved away. But Henry died. Bobbie Ann Mason wrote about it in her novel In Country, where the character Sam was stunned when Henry died. While her own father died in Vietnam, it happened before she was born. Henry’s death was more real, for she “knew” him through reruns and it felt more real. The immediate reaction was anger: how could they kill off Henry? It wasn’t fair! He was going home! Writer Larry Gelbart would later say the reason why Henry died to show how the horrors of war. Not only do young men die, but beloved leaders like Henry Blake die as well. It was unfair, but who said life was fair?

Stevenson went on to do several unsuccessful sitcoms, plus spoofed his departure (On The Carol Burnett Show and Cher–he is on a raft and waves to the camera saying “Hey! I survived!”). Later in life he volunteered at a children’s burn unit before his death in 1996. These days, it is doubtful if “Abyssinia Henry” would’ve been kept a secret. The script would’ve been leaked and shared online. The East Coast would’ve shared their dismay on Twitter. I can see the hashtags now: “#RIPHenry” “#LarryGelbhartyouarethedevil.” Bill O’Reilly would’ve declared it an evil plot of the liberal media.

So I am glad MASH took place in 1975, before everyone had a computer, before spoilers.

The same can be said for fictional characters as well.