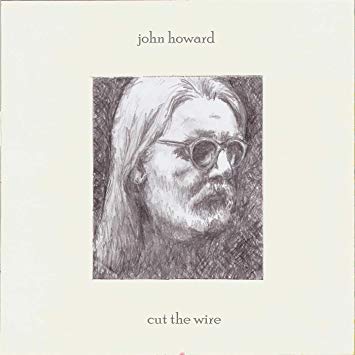 Perseverance, while in most instances viewed as a modest virtue in itself, should perhaps, at least as applied to artists, be accorded a slightly higher rung on the Great Ladder of Human Attributes. It is, after all, the quality that, in its own passive way, represents the stubborn unbendable backbone that anchors an otherwise vulnerable soul whose job, whatever the discipline, is to plumb their heart and scour their fears then shape what they find into what is essentially a digestible product that, with any luck, some handful of devotees will be eager to consume. As unappetizing as that may sound it is nonetheless a process the artist repeats and continues to repeat even if it’s met by the face of wan indifference out beyond that limited circle of fans, family, and friends. When an artist of any stature looks in the mirror, all they can see in any lucid detail are the scars left by the thousand wounds of self-inflicted doubt.

Under such conditions perseverance may appear delusional and to some extent it no doubt is – insert the standard definition of madness here – but mostly what it is, gleaming there behind the trembling and neuroses, is fierce belief in self. Some – maybe even many – will read this as posture, a bit pretentious, precious even. But here at SEM, as with anyone convinced of the power in the creative endeavor, we see that belief as the artist’s foundational stone, a sacred redoubt of sorts from where, with inborn instincts, they can fend off every sling and arrow slung at them with a last-stand resolve. It’s inspirational, it’s moving, and we’re pretty convinced it’s a metaphorical position that John Howard can vouch for.

Having signed to CBS in late ’73, the former folksinger-turned-singer/songwriter saw his first single “Goodbye Suzie” appear a year later followed by debut LP Kid in a Big World a few months after that. That album’s title, with its vaguely ominous implication of an ‘innocent in peril,’ would prove a bit more predictive that Howard would’ve hoped. Hobbled by both the BBC’s refusal to play “Suzie” (‘too depressing’) and the resulting, too-common malaise ‘promotional neglect,’ that first record found few listeners and though a follow-up was underway it never reached the finish line due CBS’s club-footed efforts to steer its young charge in a more (you guessed it) commercial direction. It would be the last the world heard from John Howard for nearly thirty years.

What transpired over those decades we’ll leave to Howard’s fine autobiography (though a successful 15-year A&R career merits mentioning), and anyway it’s what came after that speaks to our thesis here of the artist refusing to go quietly etc etc and instead continuing the fight (pretty much against the odds of even the most optimistic bookmaker, one would think) to have his voice heard above an increasingly cluttered din. To that aim, after the RPM label issued two collections of demos in 2004 and 2005 (including, on Technicolor Biography, those from that scrapped follow-up), Howard, beginning in ’05, unleashed a dozen records in the span of eleven years, the first four on four different labels – Cherry Red among them – before throwing over that whole construct and self-releasing the next seven, giving every one of them a catalog number prefaced by the word ‘kid.’ The big world, it would seem, was finally made to welcome into its ranks the fully matured songwriter that kid had become.

Having erased – nay, obliterated – any doubts said world might have retained about his, yes, perseverant arrival with 2016’s translucent masterpiece Across the Door Sill (seriously, if you missed it, set aside what you’re doing and remedy that immediately), on Cut the Wire Howard, allowed, if he wished, to rest on the laurels of that previous opus, opts instead to steadily build upon its accomplishments brick by imperishable brick. If the room he’d entered after crossing Door Sill‘s threshold was a place of artful, intense Rumi-an exegesis, Wire finds him settled behind the piano in the wood-paneled library, the tones of the melodies and song structures – and the memories inside them – bearing something of an aged oaken timbre, the singer seeming to pitch these songs through an almost visible shroud of cigarette smoke and melancholy, his presence, as always, quietly riveting.

Much of that sense of late night, after hours reflection stems from the evincings of mortality – whether explicit or via the pangs of nostalgia – that shadow a fair number of these tracks (as for the warm bourbon glow, that’s more down to Howard’s sumptuous piano work – his way-back-when classical training permeates – and a pellucid, often double-tracked tenor that makes for a tensile vulnerability). After the relatively light-hearted plunge of opener “So Here I Go” that one could comfortably imagine as a singalong down at the Village Green Preservation Society, “Remains” paints a narrative view in, shall we say, a decidedly darker shade of pale. While not the least bit maudlin – Howard astute enough at the core to never wade into the murk – the vaguely churchy backdrop organ lends lyrics that essay regret through a prism of late-inning redemption a sonorous complexion both hopeful and resigned. Capering with a softer step, the title track, breezing in on a cello’d bassline and swiped violin accents, evokes sepia-tinted glimpses from a family photo album swirling in the mix of a lyrical collage, while “Idiot Days,” its tempo delicate and bright, its gist rather boldly self-effacing, finds the man in conversation with himself making peace with the caprices of youth. But whereas that track and the Penny Lane-ish “Jean Genet Just Imagined,” its brash symphonic gestures suggesting a Roy Wood fever dream circa 1970, provide, in their relative effervescence, the ballast that keeps the record tonally balanced, it’s Cut the Wire‘s two most unguardedly heartrending entries that bear this work’s most immemorial weight.

Tasked with closing the album, “Long Since” opens (if this listener’s impression is to be believed) at a bedside where, in a brief, wordlessly exchanged smile of acknowledgment, an entire narrative is is held up to the marbled light. Told with a stark, uncloying sentimentality, the lyrics’ imagery impressionistic, their effect visceral (incandescent room/lit by the summer moon/where we danced barefoot so the silence would remain), it’s a powerfully devoted tribute to the subject of its gaze, not least due the fact that for the better part of its 6+ minute running time – subtle production flourishes flesh out its final movement – it’s just Howard alone at the piano staring into the gold netherworld of memory. Lovely and austerely moving as it is, however, earlier cut “Becoming,” in terms of pure immersion, may well surpass it.

In every sense a companion piece to that final track, “Becoming,” again centered on Howard in splendid isolation at the piano, flurries of notes rolling under his hands in a glistening stream of devotion, and again with the quietly tempered support of bass and strings, immediately, without fanfare, makes the case as perhaps the most enduring love song this writer has heard.

Autumnal, so very clear-eyed, the track is at heart a valentine of a lifetime, the lyrics in summation a quick-flash emotive snapshot, capturing in a moment the tender eternity of a longtime relationship, the aching restraint in their delivery as revealing as the words themselves. A near miraculous telling, there simply could be no more adept a depiction of one lover addressing another in the waning fragile light, the glow inside the fade as brave and faithful as was first promised in the fever of youth. Piercingly honest but gently so, it’s a song any- and everyone, from Coward to Nilsson to Nyro to Carole King, wishes they would have written, the brutal beautiful mortal truth presented inside a Fabergé egg of love, undying fucking love.

Hyperbole-laden that may well seem (and certainly by any measure it is), the song itself stands behind every syllable, unapologetic and certain of itself. In that way “Becoming” – ahem – becomes something of an allegory for John Howard’s entire career, or more precisely the specter of his craft and his sheer, bloody-minded belief in it. There’s always been a bit of extravagance in his work but it’s of the lived-in variety, grounded, in a single stroke both gilded and unembroidered. Yes, there’s the tightrope walk between hope and despair his material so often dances along, but the more germane dynamic at play this whole time might be the one between the world-daring eloquence Howard has always insisted upon and fact that, rather than trying to tailor his efforts to that world’s whims and click-driven mood swings, he’s content (as, really, any artist must be) to wait for the arc of its attention to bend his way. What to do, after all, but lay one’s riches down and hope the curious are drawn to pick them up.

Looked at as such, it could be suggested that Cut the Wire is little more than the latest example of what, by necessity, has been a decades-long philosophy. That’s true enough so far as it goes, but this record also happens to be the richest and most accomplished, a statement that wouldn’t have seemed fathomable in the wake of Across the Door Sill. But so it is, and so we’re left to call it what it is: a life’s work.