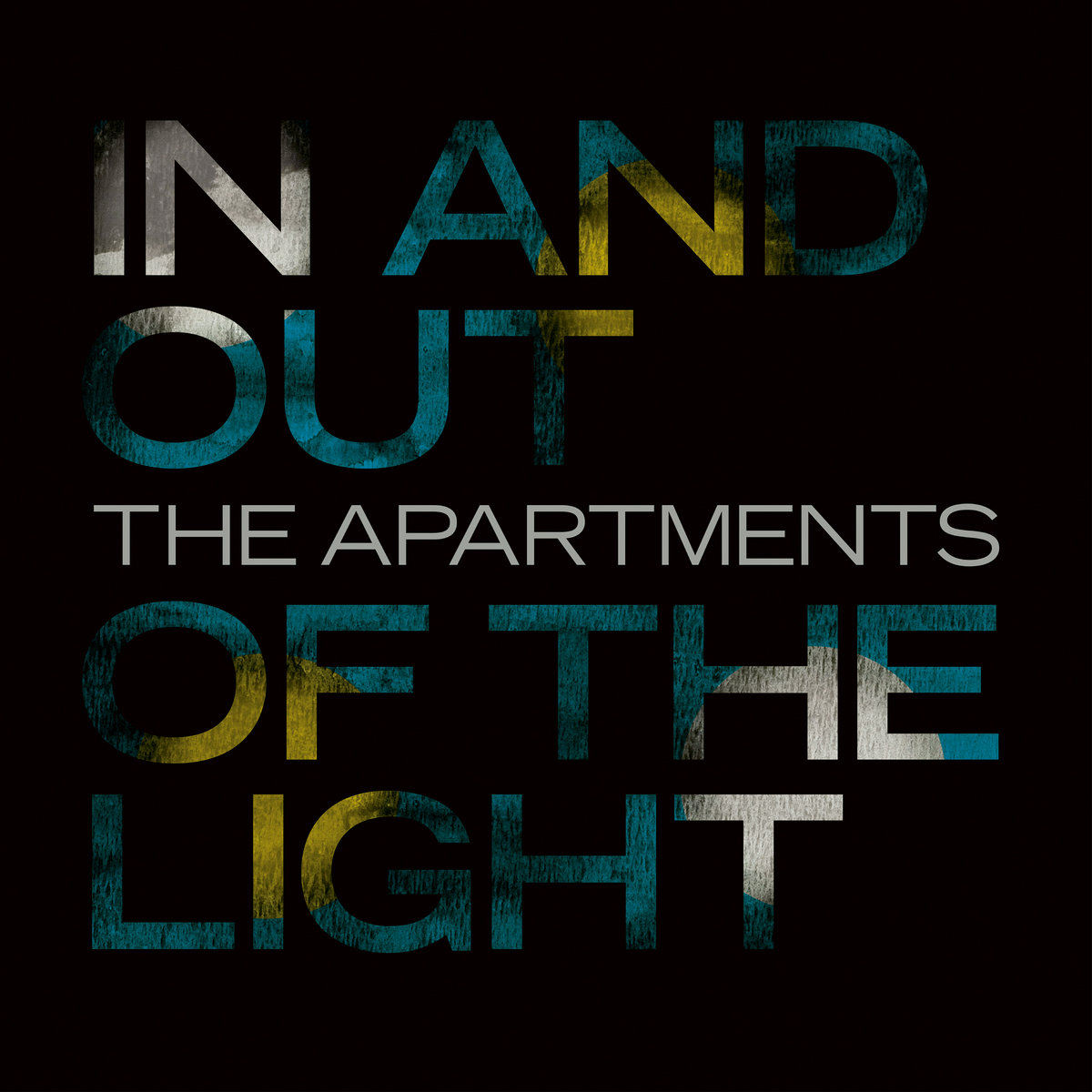 In many respscts 1985 was a blurry year. The jagged daring post-punk dream was in the midst of its initial dying throes, the false glow of the New Romantics rutted around in cahoots with MTV’s already growing smarminess, a development that to many of us was actually more the worthless grit from the oyster than the shower of pearls it was being presented as, all of this, going down smack in the middle of the power-walking Reagan/Thatcher years – a phrase that to this day is an irritant to the ears – cast an overall pall barely dented by the jarring arrival of Jesus and Mary Chain, the fabric-rending of Sonic Youth or the Smiths’ light that would never go out or anyway not for a couple more years. Culturally, for the ‘underground,’ there was a penumbral dimming to the entire era such that, in retrospect, it makes profound sense that that would be the moment the Apartments’ debut would emerge on the scene or what remained of it.

Sweeping in with an almost unsettling quietude, The Evening Visits…and Stays for Years, hushed but forceful, gauzy and frank, took our breath away, the same breath we’d been holding as we’d waited in acknowledged vain for the dark sparks of ’79 to reignite and set the world right. That album, fashioned and built around the twilit ruminations of Peter Milton Walsh – for a brief unshining moment in 1978 a member of The Go-Betweens but the temperamental gap proved too great to ford – could well define the term ‘resplendent in woeful sorrow’ were it not for the twinge-of-hope humanity that seeped up through the songs like a mist through the floorboards. Crepuscular as they mostly were – a certain sprightliness is not entirely absent at times – those tracks surge with life. Life lived in shadows, life lived in halting resilience, life.

Folded inside sparse, iridescent, mildly baroque arrangements – primarily acoustic, often touched by horn or string – that resisted the ostentation of being considered gorgeous but most assuredly were nonetheless, Walsh’s vocals drew a power via a compelling reduction (of bombast, of ‘projection,’ of drama). We leaned in to hear, entranced. In a classic despite/because conundrum, there’s something magnetic about a voice singing with such undeterred spirit from within what at times seemed a hunched-over trepidation. From that core tension, of course, comes the Apartments universality. There is no way to not relate and no way to not be amazed and both those things are happening at the same time.

Naturally, it doesn’t hurt that Walsh’s way with lyric and melody surpasses, with what seems a preternatural ease, a fair percentage of his peers. While without doubt a matter primarily of the so-called god-given, it was his writerly boho fascination with the work of post-war, pre-rock pop composers and the New York City in which most did their work – and where Walsh himself decamped for the few years in his formative early twenties, soaking up, beyond song, every drop of that legend-making milieu as he could – that provided shape and distinction to that already generous store of talent. An ingenuous template, expanded on, refined, gently jostled about but never abandoned through various iterations of the band and a few lengthy lacunae, it, its practitioner, and the mythic muse behind it are all exquisitely, and oh so eloquently, present on new album In and Out of the Light and are so immediately.

With its descending, gently melancholic progression, its worn wistfulness, the short poignant lament of horns (Miro Bukovsky, an indispensably haunting presence throughout) and brief background vox that sound as if they’re swirling in the air with the dust motes, the hoping-against-hope opening track “Pocketful of Sunshine,” contrary to what its title may intimate, will slay you where you sit, the song in its wholeness giving rise to an image of the singer in the late afternoon, faded polaroid in his hand, mourning memory and distance. An auspicious beginning then, one might rightly think, but the fact is the eight tracks that make up In and Out of the Light could be tossed in to a spinning lottery hopper and reordered as per chance and virtually any one of them that landed in the top spot would evince a similar wisdom as to its placement.

Arriving on a ringing if autumnal tone, “Write Your Way Out of Town” (song title of the year, perhaps?), buoyed especially by the double-tracked, singularly spare chime of Antoine Chaperon’s electric guitar, emotes the sparkling gloom of rain-soaked pavement in the dead of night, the one light on behind the poet’s window despite the hour. On that same street, in that same weather, “We Talked Through Till Dawn,” thanks in the main to the forlorn beauty of The Necks’ Chris Abrahams’ piano – a single take, by the way, between pianist and singer – plays like a letter read out loud at closing time by the last soul left at the Dashed Romantic Bar & Grill, horns rising in his imagination, comforting somehow in their solace and regret as he stares into that infinity that hangs between every barstool and the mirror behind the skyline of bottled spirits. “What’s Beauty to Do?,” the album’s most band-dynamic track, seething of undercarriage, bountiful of melody, carries with it a hint of the broken dark jangle of Josef K – wry, pointed, brilliant – and is, simply put, another gem added to the canon, not least for its opening – and central – lyric (That was your special gift / to take something good and make a mess of it) that certifies further the guy’s opening line prowess.

Overall then, and with little surprise, it’s the gift of evocation that floods our senses, the same gift that Apartments records have freely given from the off. As (again) is made clear here on In and Out of the Light, what that scrappy circle of confreres saw him as in the nascent Melbourne scene of the late 70’s – a pure, burning-with-talent songwriter blessed with natural-born, lived-in hooks and lyrics that upped everyone’s game that came in contact with them – has remained undiminished to this day, if anything burnished to a darker, richer, still-burning glow by age and its many seasons of reckoning. [Into and Out of the Light released Sep 18th, 2020 on Talitres; pre-order here]