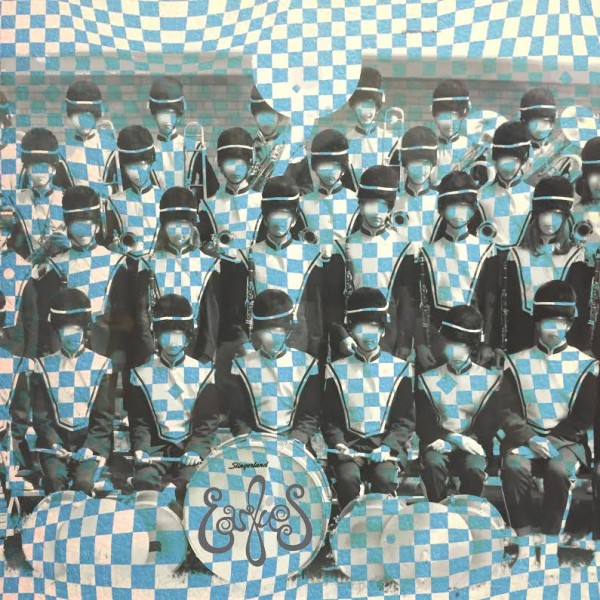 It’s been far too long – eight years, to be precise – since we last heard new material from The Earlies, whose first two records, These Were the Earlies (2005) and The Enemy Chorus (2007), were a striking amalgamation of psychedelic, progressive, country, and electronic rock.

Imagine throwing the music of Phil Spector, Brian Wilson, Broadcast, Wilco, Radiohead, Pink Floyd, and Kraftwerk into a blender. What you’d pour out would be a hint of The Earlies’ utterly unique, utterly engaging sound.

On June 1 of this year, The Earlies – singer Brandon Carr, programmer John Mark Lapham, keyboardist Christian Madden, and programmer Giles Hatton – officially returned with the release of “Abandon” (which you can download for free here), a single that will appear on their forthcoming EP, Message From Home.

Upon its release, SEM said “‘Abandon’ sounds like the place where Ennio Morricone, Pet Sounds, psychedelia, electronica, and shoegaze meet” and proved that The Earlies “have lost none of the creative spark that made These Were the Earlies and The Enemy Chorus such classics.”

In an in-depth and exclusive interview, Lapham recently spoke to SEM about the return of The Earlies.

JML: We talked last year about starting something new again. There are a few reasons. It was 10 years since we released our first album, so it was kind of like a 10-year milestone.

But more than that, the timing was just right. We all had our own projects going before that, so it wasn’t an ideal time to be touring or anything. I was living in Rochester, New York, for a while, and then I moved back to Abilene, Texas, where Brandon, our singer, lives.

And that’s why, I think, things started rolling again – because Brandon and I were living in the same central space. He actually lives just a few blocks down from me, so I have him come down here – I have my studio room. It was really conducive to us working together.

When we mentioned that we were recording again, there were a few people in England who expressed interest in our coming over there again. So we have five-date tour set up for this July: we’re doing Glasgow, a festival called Cloudspotting, London, Manchester, and Bristol.

SEM: Who’s in the band now?

JML: In the actual core band there are four members: myself, Christian Madden, Brandon Carr, and Giles Hatton.

But we have 11 people on stage. Back in the day, when we first started, Christian – he’s basically our live arranger, puts together our shows, and manages everything – was adamant from the beginning that we didn’t have any computers on stage – we didn’t want to rely on backing tracks. In doing so, we decided to fill out our arrangements with musicians and have actual people playing all the parts for live shows.

Christian’s been playing in a band all of his life, so when it came time to actually assemble the band for the live show, he got ahold of all of his musician friends.

SEM: What do the old records have in common with the new material that’s coming out? Has anything changed in terms of songwriting, arranging – that sort of thing?

JML: Since we’ve had such a long break, I think we’ve all had time to reflect on what we’re doing or what we want to do. I don’t think our new material is vastly different from our first or second album; I’d like to think it takes what’s good. We’re trying to build on our strengths.

I don’t think we have a clear agenda in mind for these new recordings – it’s not like we have to accomplish this or we’re going to do that. 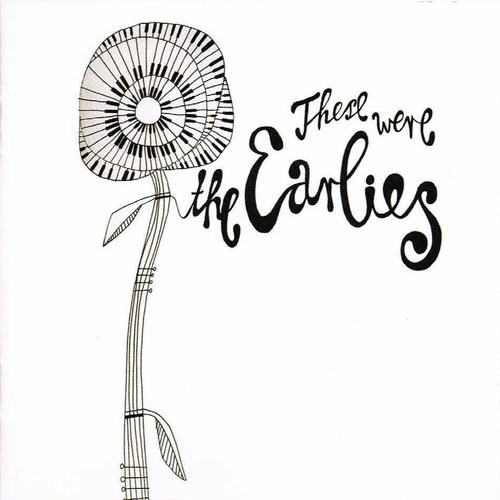 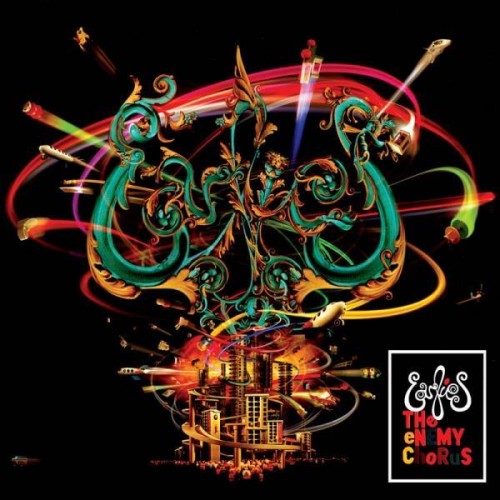 SEM: What I did hear on the new track – “Abandon” – is a bit of Morricone.

JML: As in Ennio Morricone? That’s so funny – I was just thinking about that this morning because Christian said that about the strings and brass. We had another arrangement on there that we were all pretty used to. And so when he came back with this new arrangement, it took a little while to get used to it. But he said, “I really like it – it’s very Morricone to me.”

I had to ponder that for a while. I’m a really big fan of Ennio Morricone. So I’m glad that came through.

SEM: What are the plans for the other tracks? Are those complete yet?

JML: We’ve recorded an EP. There are five tracks, and it’s all done. Our original goal was to release the EP right around the show dates – either before, during, or right after.

For now, we’re using any means available to get the word out there and to get people talking about and sharing our music. The song we sent to you was released on Monday, June 1, as a free download. And then on July 1, we’re going to release another track from the EP for free.

After that, we’ll release the other five tracks together, hopefully on a 12-inch single.

A lot of our fans that we’ve met over the years are real big vinyl fans, and I’m like that, too. So I really appreciate that – having the physical product – especially if it’s vinyl.

SEM: Given that your band members are both American and British, who are your key inspirational bands or even classical artists from either side of the pond? Who makes you want to write music?

JML: That’s changed a lot over the years as well. I’m influenced by 60s’ music – psychedelic stuff and producers like Joe Meek and Phil Spector. I also like modern electronic music and bands like Broadcast – the Haha Sound album.

Broadcast has been one of our biggest influences because we have such respect for them, especially Giles and I. They have that 60s’ influence, but they’re doing it in a modern way. That whole concept is very inspiring to us.

SEM: How does that relate to the concept of modern psych rock? Where do The Earlies fit in that context?

JML: I don’t think we put ourselves in any camp. It doesn’t really make any sense to try to align ourselves with a scene, especially since we’ve been out of it for so long. I think we leave that to the people to decide.

We use everybody’s strengths and influences, and we have our system down now. Brandon and I record here in our studio, but after that, we just mail it over to England or they’ll mail us stuff. But it’s all over long distances, so it’s kind of unpredictable how it will go.

Speaking for myself, my background is more in sampling and electronic processing. I put stuff into the blender and see what comes out – it’s really random.

SEM: With that background, what’s your role in The Earlies?

JML: Every single song is so different…what is it that I bring to the table? Sometimes, I’ll sample records or old material that we’ve done. Then I’ll twist it around, do something unexpected, give it a new perspective – strip some things down or add stuff.

In a way, it’s a map for us to follow. For instance, I’ll sample some horns or some drumbeats, and then I’ll send it over to England. They’ll add their own material and send it back to me – it’ll keep going back and forth that way.

Sometimes what I’ve done with a song in the beginning, there will be no trace of it in the end because we built on top of it and changed it so much. Most of our songs go through so many mutations such that what we end up with is so radically different that you’d never recognize the first version as being the start of the last version.

SEM: You say you’re usually the one to start a song. What gives you your first ideas or what triggers that?

JML: I think just noodling (laughs)! I do a lot of that driving around and recording memos on my phone as well, but unfortunately and frustratingly, most of those ideas that I record never seem to see the light of day. It’s usually the stuff that I get when I’m just messing around that gets developed.

Sometimes, though, we’ll do a song, and it’ll never see the light of day. But years later, I’ll be in the shower – and for some reason in the last couple years the shower has become the place to come up with an idea (laughs) – and a song will come back to me.

For example, “Disappearing Man,” which is going to be on the new EP, went through so many different versions. We had this instrumental song from probably 2005 that was actually an offshoot of an instrumental song we released as a B-side called “Nature’s Mistake.” So I took all these outtakes, all this excess material from this one song that we did, and created this really long, abstract instrumental that we’ve always really loved but didn’t know what to do with it.

Then one day, a few years ago, we had another vocal idea from different song. But I imagined that the vocals could work with the instrumental song I created if they could be sung in another key. Brandon sang the vocals, but the new key didn’t quite work, so Christian took it away and wrote some chords for it. You would never know how many different versions it’s been through.

But I was in the shower the other day and got this idea for a remix of it that’s going to use both the instrumental and the vocal.

SEM: What melodic ideas do you hear in the shower (laughs)? The vocal melody?

JML: For me, it’s really different. I’m not a singer, but sometimes I get vocal melodies.

But this time, we had a little more time, so Brandon would come over here, and I’d have some synth drones or very basic ideas, and I’d say, “Why don’t we just improvise over this and just kind of see where we go?” So he would do a wordless improvised vocal over some sounds. Then we’d both think about it, and one of us would start hearing counter-melodies or something based on that.

We write the lyrics together. Then we’ll start re-recording those vocals with actual words or new melodies or harmonies. Brandon’s got an amazing ear for harmonies, so he comes up with a lot of that stuff himself. We just start stacking, and stacking…but that’s generally how we work.

SEM: This is definitely collaborative work!

JML: It’s a lot of fun for us because there’s no defined roles – Brandon will play bass sometimes, and we’ll get someone to do drums. Christian will do programming. Whoever has an idea will just jump in and do it. We’re such a loose idea of what a band is. It’s definitely more about the collaborative process.

SEM: Do you have plans to bring the new material to the States and play live?

JML: We’d really love to. We know that that’s probably the best way to bring the music to our fans, but there are no plans at this time.

Transcribed and edited by Katie Gleason