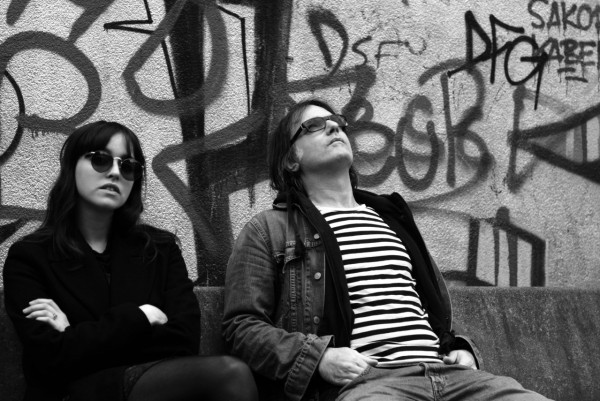 Yesterday, Tess Parks talked to us about I Declare Nothing, her collaborative album with Anton Newcombe.

Today, The Brian Jonestown Massacre leader gives his take on what he describes as the “team effort” that resulted in an album that he deems “really fucking good” and “rooted in timelessness.”

We at SEM couldn’t agree more. We were honored yet again that Newcombe talked with us about his work.

Stay tuned for a review of I Declare Nothing, which will appear tomorrow.

SEM: How did you meet Tess?

AN: As I recall, I began to notice her in the media and maybe that she liked my group or something during the time she was working her album with Alan McGee. So I reached out to her and suggested we record in Berlin if she liked. We tried two songs first.

SEM: What of Tess’s sensibilities as an artist do you/did you find especially conducive to your ability to collaborate successfully with her in the creation of I Declare Nothing?

AN: First of all, I have wanted to have a person that only played fuzz guitar in a group for quite some time. I’ve used it more than people would notice in my own work for over 20 years, in fact pretty much since the start. But even with three guitar players in BJM, it never worked out that someone would highlight that tone.

Anyway, I decided to play that role in this group publicly. That’s all I do for the most part on stage…fuzz guitar. In the studio, I am involved with every single aspect of writing or rewriting and producing, along with Fabien Leseure. The concept I had was to present a very minimal acoustic-driven project as a base for her unique vocal styling. 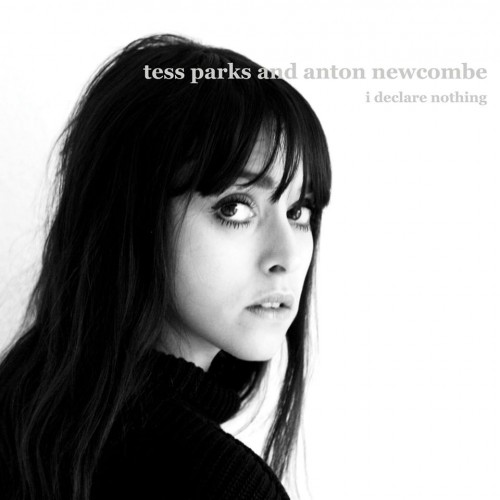 AN: We talk about ideas… I’m comfortable with vocals coming first or last. Tess had some songs and lyric ideas, and at the same time, she’s very open to ripping that up a little and really taking to heart my personal perspective on a narrative.

SEM: What instruments do you play on the album?

AN: Everything that you hear, except where another person is credited. Fab came up with the spaceship noise and some backwards reverbs, disunite strings, and not so obvious things we both do that make it like we are playing the studio as an instrument. He might pull the reverb on a track or something. All of this ends up being listed as “produced by.” I try to play drums, and if it works and can be edited by Fab, we keep it. Otherwise, we ask Leo, who is in the group, to come in and smack those things because he can actually play quite well.

SEM: Did this project allow you to try anything new in the way of instruments played or how you played/recorded them?

AN: I think every new song provides two things, hopefully: one is the chance at new melodies, and the next is a chance to show restraint and to do it right.

SEM: Why did you release the “Cocaine Cat”/“Mama” single as a preview of the album on Record Store Day?

AN: I felt like I would use the single as a tool not only to introduce the project to the world but to the actual record buyers at shops, so that they could get a feel for the interest on the street for a new project and perhaps order the album that I planned to release not too long after while it is still fresh in people’s minds. I hope it was a clever way of going about it. 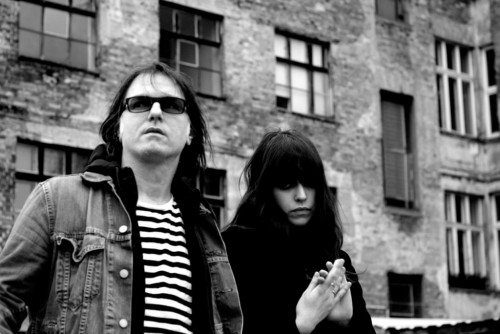 SEM: You posted a lot of the tracks from the album on YouTube before the official release. What were/are the objectives in doing so?

AN: I feel like everything will end up in public no matter what. I like the process; I like people to see if they can spot the difference and give people a chance to get to know the project. I don’t think it does any harm, really.

SEM: A “blues-rock” feel, created mainly by the guitar work and percussive instruments, imbues both “Gone” and “October 2nd,” which are distinct from other tracks on the album. In what ways do these tracks showcase the versatility of your musical style in combination with Tess’s?

AN: “Gone” reminds me of psych rock, like Jefferson Airplane with a Gruff Lady singing. Not so sure about the blues; there is only one blues-based song, and Tess brought that to the table. I just added the bass bridge. I love it (laughs).

SEM: Does the date, October 2nd, have any significance to you?

AN: I wanted to call it “October 2nd Revisited.”

SEM: How would you characterize the album in terms of how it reflects your influence as a collaborator: is this a seamless blend of your work and Tess’s?

AN: The album is really fucking good. It is the product of teamwork, so you have to include Fab there as well.

SEM: Are there trade-offs from track to track as far as whose “fingerprint” is more strongly stamped on the piece?

AN: It’s a project. I personally hope people enjoy it, and that it grows over time, really connects with the people that would love it, and that’s all. It will stand the test of time because it’s rooted in timelessness. 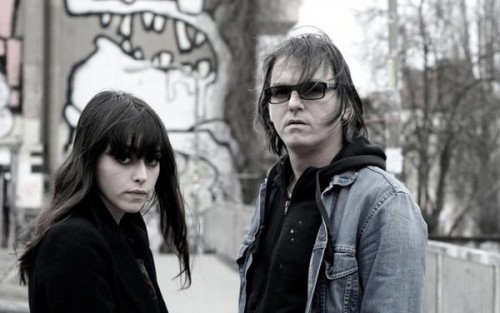 SEM: You lend your vocals to “Gone” and “Meliorist.” In “Gone,” your vocals mainly add color to the outro, but in “Mellorist” you become the responder to Tess’s flirty banter: “Do you want to kill me, baby, for living a happy life? Do you want to be a happy man?” Did you know ahead of time on which tracks you’d be singing, or did these decisions come about in the recording process as the songs seemed to call for it?

SEM: Are you and Tess planning a follow-up album?

AN: We have more songs in the can; I plan to release a follow-up single hot on the album’s heals, but it’s up to fate and Tess if she wants to keep going. I mean, I would keep making the records even if people didn’t like them because I believe in the power of the music that strongly.

SEM: What are the plans for playing I Declare Nothing live?

AN: To replicate the album exactly to the extent that six people can, to play well and build up awareness, to have fun and provide unique entertainment.