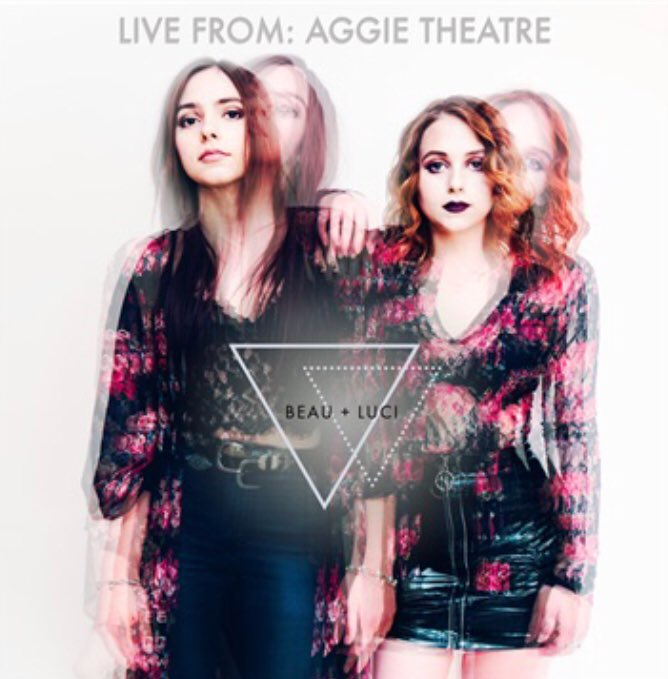 “They sent their ravishing voices out across the air and the heart inside me throbbed to listen,” recalled Odysseus when telling the tale of sailing past the music of the Sirens.

A sonorous bunch, indeed, whose voices caused sailors who were too enraptured to move to rot at their feet. But it’s important to point out that potent and dangerous as they were to any seafaring travelers, they were also filled with a melodic, world-weary wisdom that rang with truth and soul.

“All that comes to pass on the fertile earth,” they told the mighty son of Laertes. “We know it all.”

Not only are these two sisters in possession of two of the most bewitching voices in recent memory, the rich legacy of American music courses through every note they sing. Their new EP Live From Aggie Theatre is a stirring six-song set that’s drenched in swampland voodoo, deep mountain folklore, traditional country, jazz and the blues.

In other words, they know it all and they can sing it all.

And that’s exactly what they do.

Backed by the powerhouse Georgia outfit the Howling Tongues, Beau + Luci are deep in the pocket throughout this gripping collection. Recorded live at the Aggie Theater, a turn-of-the century Fort Collins, Colorado venue that morphed from a furniture store into a movie theatre into a nearly 700-person capacity music hall, Beau + Luci’s performance is ten shades above transfixing.

Meanwhile, “Black Boots” rattles with sexy thunder while “Like A Drum” is brimming with a delicious and seductive hellish swagger.

How best to end such a set? “50 Feet” does the job just fine. A blazing track that pounds away with a primal and percussive stomp, this number is as soulful of a parting shot as you’ll likely ever get in a live setting.

Live From Aggie Theatre is a knowing and spiritually satisfying collection, played with a dizzying, almost preternatural musical intuition.