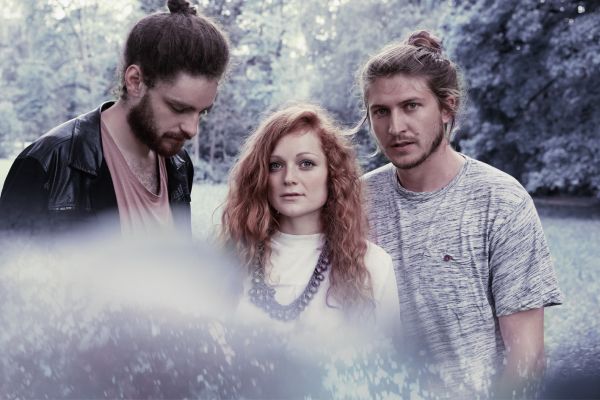 Zurich, Switzerland-located indie band Marylane just premiered its music video for “Restless”, which showcases the emotional turbulence of late adolescence. The video can also be taken as an extrapolation of the idea of flux as applied to our unsettled cultural climate.

Marylane will be releasing its album Grow and Fade this September via Swiss label Turbo Music. Larissa and Christian of the act take a bit of time to chat about the video and their upcoming LP.

Larissa: Thank you! We are happy about it too!

Christian: Actually, it’s still giving me goosebumps to see those moving images fitting our song so well. And the actress is gorgeous, isn’t she?

SEM: Larissa, do you consider the protagonist of the video your alter ego?

Larissa: It’s a sort of sisterhood. I can relate to her struggle; I’ve been there too. And she inspires me to head out to meet the faces of the night. I think she’s the alter ego of anyone who’s searching for his/her place in the world.

SEM: Why didn’t you want to appear as a band in your videos? I would think there’s nothing better than seeing yourself rock out on film.

Larissa: Isn’t it boring to see yourself? I’d rather see what other characters bring to our music. And I prefer rocking out on stage and feel the connection to the audience directly.

Christian: I agree. In this song there is so much energy, and love, and work from everyone in our band. I found it truly inspiring to give this song away to other artists – and then wait for what they made out of it. It feels like discovering the song again, but from a different angle.

SEM: There will be two more videos coming after this one and they’re all a part of the same story. Does that mean that the record was written as a soundtrack to an imaginary film?

Christian: Everyone has pictures, stories, ideas in his head. The idea that our music becomes the soundtrack to all those movies inside the people who listen to our album… I really like that thought.

Larissa: When we write music together, I enter a different space and all sorts of films are happening in my mind. Only with a little distance can we now see a clear transformation-story in it. It seems to me, that any intense experience we go through as humans has its own secret soundtrack. And in retrospect, we can write songs to add them to the experience and bring it to full circle.

SEM: Your album will be out in September. Is there anything that you would be willing to disclose at this point or is it too soon?

Larissa: This album was written in a wine cellar and it had its time to mature. So now it’s ready to be heard and it will hopefully make you drunk and happy – like a good old wine!

SEM: In closing, when will be able to see Marylane live?

Larissa: The 21st of September we will play our release show in the club Helsinki in Zürich. See you there!

Christian: And we are on social media! Join us!

Find out more about Marylane