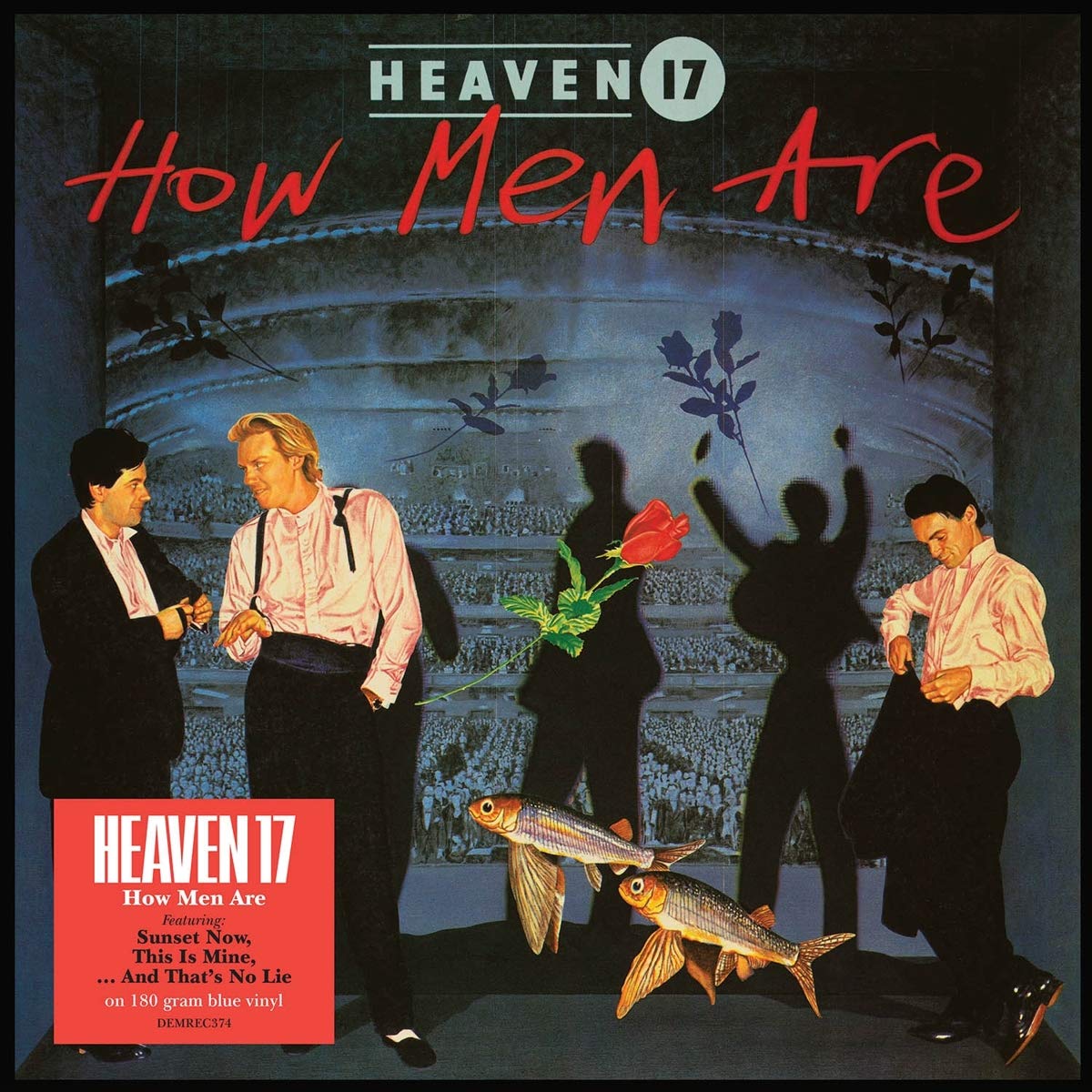 One of the roughest things about getting older is watching your favorite albums lapse quietly into obsolescence.  As you advance in years you’ll find yourself holding your old vinyl and asking big questions, like: “Was Spandau Ballet ever any good?”

Thankfully, sometimes time can’t touch the sentimental favorites, but when it does, and in the process reveals all of the overproduced splishy drums, stacked vocals and silly lyrics, it can be a deeply dispiriting moment.  Keeping that in mind, it may or may not be time for a re-evaluation of Heaven 17, but thanks to a series of reissues from Caroline, the band’s back catalogue is now up for an updated appraisal.  Comprised of two fugitive members of The Human League (Ian Craig Marsh and Martyn Ware) and a charismatic lead singer in Glenn Gregory, Heaven 17 were a politically-minded outfit who gleefully grafted electro-pop and new wave funk, often with mixed results.

But if those results were mixed when Penthouse and Pavement came out in 1981, they’re downright spotty twenty-five years later.  With its syncopated percussion, Gary Numan influenced vocals and lyrical stabs at Reagan, “(We Don’t Need This) Fascist Groove Thang” may have sounded revolutionary on the dancefloor back then, but by now it sounds rather tame.   The other tracks don’t fare much better: the six-minute title track is a dose of disorganized snyth-pop backed by compelling female soul singers who are unable to wrestle the song to coherence; “Song With No Name” prefigures Depeche Mode’s moody self-examination, but lacks the melodic punch to make it memorable; and “Geisha Boys And Temple Girls” may have been well-intended, but comes across as new wave filly-fally.

Although it’s awash in layers of production, How Men Are fares a little better.  Gregory’s vocal are more assured and are now placed prominently up front in each number, and it turns out the boy can carry a song rather well.  He shines on tracks like the dreamy synth-pop of “Sunset Now” and the “The Fuse,” but it’s his bandmate’s insistence on cramming each track with so much stuff that ultimately weakens and dates this material.  While the gloomy simplicity of Depeche Mode’s Some Great Reward still packs a satisfying punch, How Men Are is an album that appears to have overdetermined what ingredients belong in a single composition.  For example, “Five Minutes To Midnight” features Gregory’s vocals at their most swooning, but the chanting background nonsense is a real distraction.  Meanwhile, “Reputation” returns to the formula of a soulful call-and-response, but the song is such a mess, even the gifted background singers can’t add anything wroth saving; and the album closer (“And That’s No Lie”) lacks the necessary buoyancy needed to make a song memorable.

It’s not that Heaven 17 don’t have their moments.  In fact, Penthouse’s “Play To Win” or How Men Are’s “Shame Is On The Rocks,” both demonstrate a band that had the skill to pull it off, and their use of synths and horns (the latter borrowed directly from Earth Wind & Fire) evinced a real desire for innovation.  But innovation isn’t enough if the songs weren’t really ever there in the first place.

Bonus Materials: Penthouse And Pavement features five bonus tracks, including alternate mixes of “Groove Thang” and “I’m Your Money,” while How Men Are features four bonus cuts, including a remix of “That’s No Lie” and an extended version of “Sunset Now,”