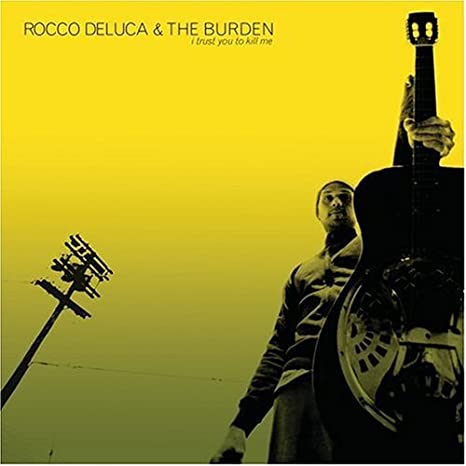 Cause you can’t, you won’t, and you don’t stop.

Cause you can’t, you won’t, and you don’t stop.

Mike D, come and rock the sure shot.

Can we just all take a quick minute to celebrate that the frickin’ Beastie Boys are suddenly everywhere? Every time you turn around it’s the Beastie Boys. “I wonder what’s on TV?” Beastie Boys. “I wonder if there’s anything new on YouTube?” Beastie Boys. “I think I want tacos.” Beastie Boys. I mean, they’re every-fucking-where. And I for one am psyched, people. I missed those dudes (MCA forever!). I can’t get enough of them. Plus, the timing couldn’t be better, as I’ll take SIPn’ WITH the Beastie Boys all day long and thrice on Sunday. If you care for such things, their brand spankin’ new Spike Jones doc is worth your time. I mean what are you doing later, anyway? Namaste Beasties… And with the lads’ immortal words ringing in my melon, let’s get shakin’ with this weeks’ Sunday Quarantunes:

Jumped outside the house with my Walkman on.

I get so hyped when I hear this song.

It’s gonna keep me happy like all day long.

Let me also add that it warms the cockles to know that many of you are blindly unaware that today is actually Sunday to begin with. You’re welcome. Happy to help.

With the “up fronts” mercifully out of the way, let’s get down and dirty with the business at hand. Last week, we went crate digging into some of the lesser-known or likely forgotten 90’s rock gems. The feedback was again most excellent (a big sloppy thank you to you guys for continuing to read). Thusly it seems only fair to conduct the same deep-sea exploration into the muddy waters of the early Aughts. This first decade of the 2000’s was indeed a musical smorgasbord to the wackiest degree. Things got weird, folks. We’d inexplicably survived Y2K and both Britney and The Beatles had #1 albums. There were also incredibly cool rock records all over the place. Some of which just might have escaped your 6 disc-changers.

My caution flag from last week still holds firm here. You just might have heard or even enjoyed some of these ancient artifacts. Most definitely possible. That said, we’re all just too old to hang on to any pretensions of coolness. Unshackle that shit and let it all hang out. Permission granted. Morrissey likely won’t forgive you, but I will.

If this one got by you, be a responsible adult and rectify right quick in a hurry. The debut LP from this Irish nightingale has it all. Gemma’s got you covered. “Let a Good Thing Go” and “Hanging Around” were the radio singles in the UK and still sound delectable to this day. While she’s touched on a variety of genres on her subsequent releases, this disc is plain alt-rock-goodness. She’s a marvel. Yes please! Interestingly enough, this one is not currently on Spotify so you’ll need to engage your Search and Rescue-like skills set and hunt it down.

It’s Shakespearian-level tragedy that this guy has continued to stay so far underground. DeLuca, the equivalent of Jeff Buckley wielding a dobro, released this monster of a record on Keifer Sunderland’s Ironworks records. Yes indeed, Jack Bauer was momentarily in the music business. The subsequent documentary, also called I Trust You to Kill Me, hilariously chronicles the exploits of the band as Sutherland assumes the role of tour manager and takes them out on a European tour. Chaos ensues and Keifer ends up tackling a Christmas tree. Silliness aside, the album itself is remarkable. DeLuca’s soul is in smithereens on here and will break your heart. “Bus Ride” is the crown jewel of the record, but poke around. You won’t be sorry checking-in with this badass record. It’s a killer.

Beth Hart! Be still my beating…well…heart. Ooooof, sorry. This disc is one of those relics that inexplicably went pretty unnoticed at the time, even though she was following up her fairly successful Screamin’ for my Supper LP. She’s since ascended to some pretty dizzying heights through her work with Jeff Beck, Joe Bonamassa, and her astounding output of solo records. She’s an absolute treasure and this record, in particular, features her at her most raw and rocked out. The title track is as rousing an album opener as you’re likely to ever hear. Go ahead, cue it up! You’ll be bootie shaking through your Sunday morning chores.

Many of these records carry with them dubious questions regarding how their quality was not recognized at the time of their release –this is not one of those albums. It makes perfect sense. And yet, Firstman’s debut record is unquestionably classic in every sense. It’s a timeless sounding piano based singer-songwriter record that beckons back Elton, Billy, and Carol all at once. It’s also really sophisticated. I can just imagine the A&R meetings at Atlantic Records as the suits tried to figure out how to sell this thing. Every song has its own exceedingly unique plot, as Firstman flops a full house of winning melodies. And yet somehow there’s also a bit of a concept record vibe happening too. This is a mega-tour-de-force. Please don’t go on another day without this record in your life.

Power trio, alt-rock, funky blues thing! Sounds perfect right?! This criminally overlooked project was the brainchild of singer/guitarist/John Mayer co-conspirator David Ryan Harris and featured ex-Black Crows bassist Jonny Colt. While reminiscent of Lenny Kravitz’s best work (misnomer?), DRH has always had an uncanny ability to write soulful rock-tinged grooves that somehow also feel laid back. The guy has a real gift and aims his charms all over this record. “Reasons Why,” “Turn Around” and “King for a Day” are all worth your Corona time.

Quit looking at me that way! I totally know that I’m testing whatever minute doses of street cred I’ve been building up with you here. I get it – but bear with me, peeps. Push through the discomfort! Yes, these are the guys from VH1’s OG musical competition “Bands on the Run”. And yes, that show is as bad as you remember it. Atrocious, but also a wee bit ahead of its time as far as reality TV competitions go. Additionally, these guys come off as careless, heartless, drunk buffoons throughout the show. Total dicks! Why then am I calling them back to your collective attentions? To torture for one. But also – inexplicably, bizarrely, this record is a stone cold winner. While you’ll need to excuse the lyrical vapidity of both “Beautiful and “Coke” the rest of the album feels like some sort of Pink Floyd, early Radiohead love child. It’s just plain good. I can’t explain it, it just is. It’s also not on Spotify, which is weird. Hunt it down crate diggers!

Pretty much nobody heard this gem of a disc when it came out. Perez did have a video circulating for lead single “Something Crazy” that you juuuuuust might remember, but little else came out from the release. Poor Man’s Son is a true blue diamond in the proverbial rough. Franky Perez has been a bit of a chameleon since; he was heavily featured on tracks throughout Sons of Anarchy’s TV run and has ended up being a go-to-guy for hard rock and metal outfits. He’s currently fronting Deadland Ritual, that features (get this) – Steve Stevens, Matt Sorum, and GEEZER FUCKING BUTLER. That said, this long forgotten disc has none of those metal trappings, it’s a down home rock record that conjures more Mellencamp and Springsteen than anything else. “Cecelia” is a personal fave. Cue this one up and see how it feels. It’s worth noting that, while awesome indeed, this record is 4-5 songs heavy and would have befitted from some whittling. Still rad though! You’ll see…