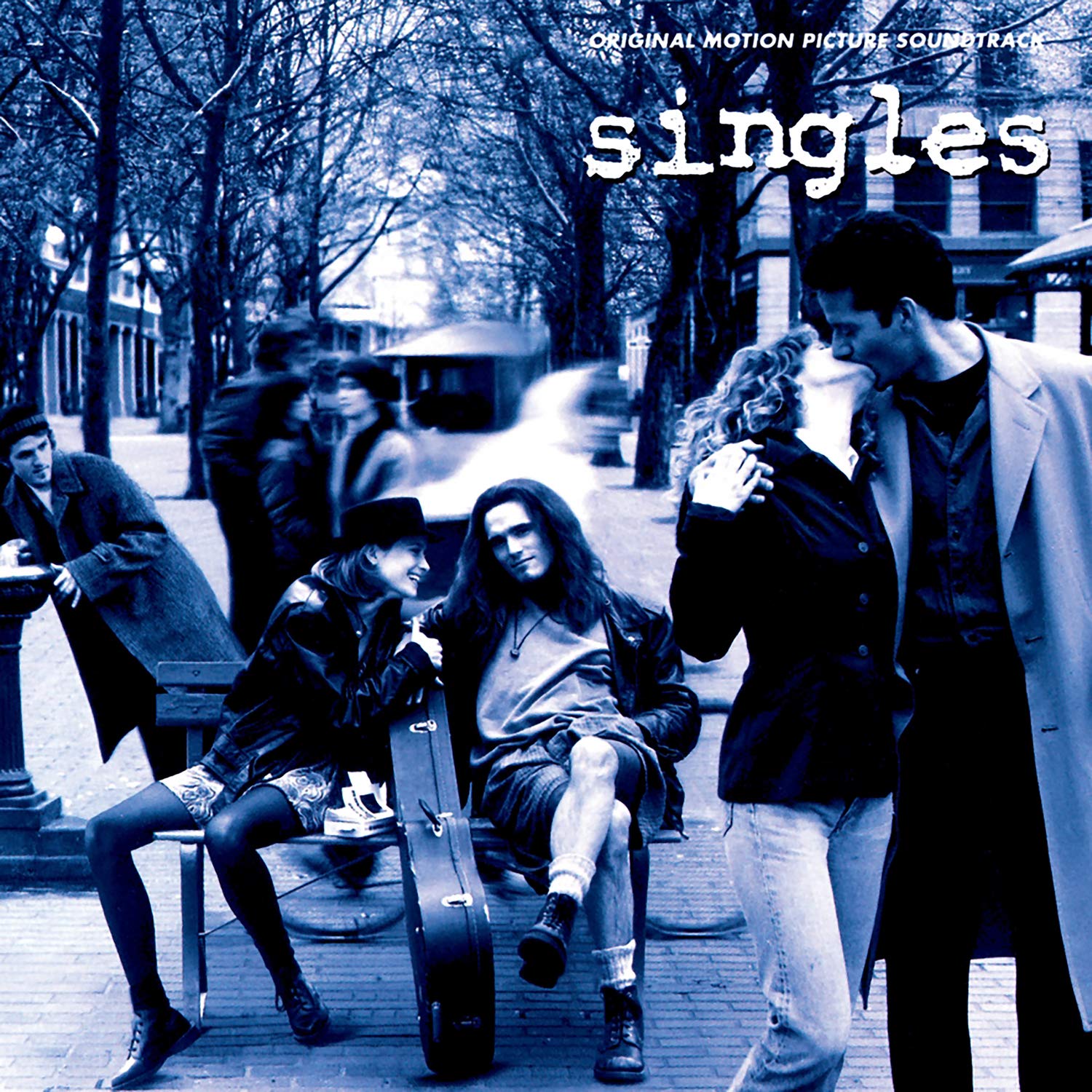 Can we agree that things out there continue to blow chunks?

In fact, things blow such massive chunks that the words themselves sound appallingly lame and insular. Therein…

Nero is fiddling. Rome is burning. As well as it fucking should.

That said, I will somewhat begrudgingly press on with hyping the main mission of the Sunday Quarantunes movement. None of us are cool. There is no need to maintain any pretense to the contrary. Nobody but you gives two shits about your cherry copy of the Never Mind the Bollocks first pressing. Let it go, folks. You’ll be happier and far more pleasant to be around.

We now turn our attention to THE OG of playlists, THE most official of mixtapes, THE direct pipeline to all reminiscence – The Motion Picture soundtrack.

The 90’s, specifically birthed a highly specialized breed of soundtrack. In fact, during this period, it wasn’t uncommon to see soundtracks high aloft the Billboard charts. The mere idea of which seems almost unfathomable these days (although A Star Is Born was both kick ass and mucho purchased, rightly so…).

One of the defining characteristics of the greatest 90’s soundtracks was exclusivity. Often unique tracks from our much beloved artists were ONLY to appear on soundtracks, which was the obvious selling point all too often. They suckered us in time after time after time. Dammit – the powers that be really had our fucking numbers with these discs. The movie itself was often beside the point entirely.

It was the tunes that mattered most.

There is zero doubt that I am not at all re-inventing the wheel with these selections. You likely bought and enjoyed the shit out of some, if not all, of these discs. However, if I merely remind and reignite your sloppy nostalgic yearnings for some of these stellar collections, then I have played my part indeed. Play. Loudly. Often.

John Cusack is our friend. He should also probably be president. It’s not by mere coincidence that he so often found himself at the helm of movies that are now synonymous with music amplitude. He’s responsible for those proverbial jukeboxes lifted into our all of our hearts. Good lord, this a massive soundtrack! The Clash, The Specials, The Jam, GnR, Faith No More, Violent Femmes, oh my. Plus, anytime “Under Pressure” makes an appearance is the greatest of pleasures. The music situation for this film was so mega that a second soundtrack was made mandatory. The Grosse Pointe Blank – More Music From the Film album is like a run-on-sentence of rad. Appearances by The Pouges and Echo & the Bunnymen are bolstered by the arrival of the always fundamental “Cities in Dust” by Siouxsie and the Banshees. As if all of this wasn’t enough, the score for Grosse Point Blank was actually composed by Joe Strummer. Mercy.

Kevin Smith was one of the great pioneers in sprinkling crucial movie quotes throughout a soundtrack’s running order. It’s a trend he began with Clerks and perfected on Mallrats. That shit is hilarious! “When Jaws pops outta the water” – classic. The songs are great all the way through, too. Boasting excellent numbers by Girls Against Boys, Weezer, and The Goops, this soundtrack is a killer listen! Don’t forget your Kryptonite Condoms!

One of the greatest Cinderella stories in all of motion picture history, features a classic soundtrack with a Cinderella story of it’s very own. Certainly Elliott Smith’s gargantuan contributions made him way too famous for his own liking. But when paired with Danny Elfman’s enigmatic score, this release congealed into one of the great pre-made mixtapes of the decade. Lest we forget, The Waterboys, Luscious Jackson and the Dandy Warhols are featured as well. This one is still a complete joy. Pretty damn good flick too, right?!

If you’re sitting at home judging me at this very moment, than you’re really just judging yourself. Just because this disc is easily the most obvious entry on any list referencing 90’s soundtracks, it doesn’t make me wrong. This mix is literally untouchable. It’s primo perfection in a mixtape. The ill-advised “The Battle of Evermore” by the otherwise impeccable Wilson sisters aside, every track here is a necessity. Say what you like about Grunge and all the trappings that came along with it, the Singles soundtrack might actually be THE consummate relic of the whole movement. Not only are the songs massive, but it really works as an album front to back. While Singles, the movie, remains questionable – the soundtrack is magic. Quit pretending like you don’t know every song. You do. Plus Paul Westerburg shows up out of nowhere and drops off two downright classic tracks. That alone should be celebrated with a massive mosh.

Remember Hard Harry? The disc is the mad note! The knee-buckling version of Leonard Cohen’s “Everybody Knows” by Concrete Blonde is arguably the band’s most emotionally satisfying recorded moment (and that’s saying something!). I mean, just go back and remind yourselves of the running order of this thing. The Pixies’ “Wave of Mutilation”?! Bad Brains and Henry Rollins doing “Kick Out the Jams”?! Not to mention Soundgarden, Sonic Youth, and Cowboy Junkies checking-in with straight up bangers. Great movie. Great Soundtrack. Talk Hard!

3-times platinum, people! So it’s pretty safe to say, you all had a copy of this bad boy at one time or another. The running order reads like a who’s-who of gothy lusciousness. Levels of irony abound with Nine Inch Nails covering Joy Division’s “Dead Souls.” Then there’s The Cure, STP, and Rage Against the Machine. Helmet’s “Milktoast” and Pantera’s Poison Idea cover of “The Badge” are standouts on a soundtrack filled to the brim with standouts. Jams everywhere!

“Hello, you’ve reached the winter of our discontent.”

Did you think I was going to leave the magnum opus of all 90’s movie soundtracks off this list? Well fuckness – absolutely not! No way, no how. Zeitgeisty to the last, Reality does in fact, bite. Gen-Xers of all shapes and sizes reveled in the disenchantment, while making snow angles to the sounds of The Knack’s “My Sharona.” Then comes Lisa Loeb’s “Stay,” Juliana Hatfield’s “Spin the Bottle,” which is only to be undone by U2’s “All I Want Is You” (try as you might, there is no foolin’ with this one – it’s a perfect song). Also worth celebrating that Ethan Hawke’s Troy Dyer named his band Hey, That’s My Bike and that the movie itself is one giant pop culture reference. If you don’t still love this flick than YOU “were the reason Cliff Notes were invented.”

*If you’re just that bored, check out more about Shawn Brown here @