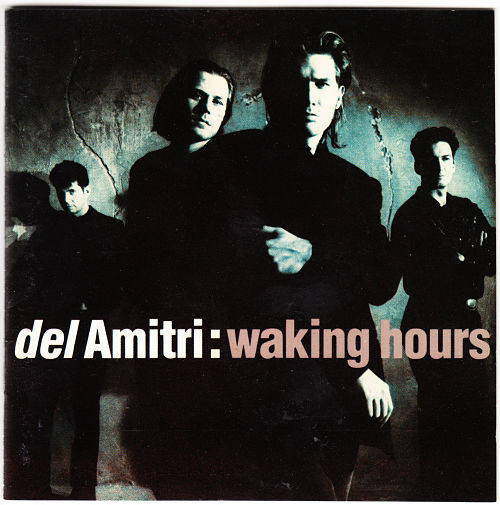 Let’s be honest with each other, people.

You severely underestimated the amount of liquor that would be necessary and now that’s pretty much gone, too.

It’s bad over there.

Those Spotify playlists just aren’t cutting it anymore, are they? You’ve replayed them ad nauseam. If that one Chris Stapleton tune shuffles back on, you’re likely to start breaking shit. I get it.

Let me suggest a momentary return to an ancient art form. You remember albums, yes? You used to listen to them a lot. Your car floor was scatted with those things called compact disks. You might have even had cassettes. Those mixtapes; unceremoniously recorded over and over each other. Those yellow Walkmans were incredible, right?! Actually, I might still have one around here somewhere…

In this first edition of Sunday Quarantunes, I’d like to offer the gentlest reminder of some ’90s records to spin (or cue up on Spotify, whatever) that are likely to send you into a fervor of, “Ohhhhhh shit, I love this album” nostalgia.

Also worth acknowledging that if you do, in fact, have the above reaction – you’re….well, old. (I kid).

Marc Cohn/Marc Cohn (1991): One of the most remarkable debut albums in history, boasting one of the very few perfect songs ever written. Walking in Memphis is the gold standard for songwriters, the damn thing is majestic. Silver Thunderbird, Strangers in A Car, Dig Down Deep. Classic after classic. True Companion was probably your first dance at your wedding – or should have been. Remember that one? Yeah, it’s as good a you remember it.

R.E.M./Automatic for the People (1992): What?! Too obvious? Whatever–don’t be like that. As far as rainy Sunday quarantunes go, this one is chalk full of everything you need. Drive (one of the great opening tracks ever) slays all day long, people. Sure Everybody Hurts is a little one the nose for our current state of Corona-ness, still…sue me, it’s a great song! Be brave enough to test your attention span on this one. There are 4-5 tunes that you love on here that you haven’t heard in ages. Remember how this cassette was yellow, btw? That was weird…

Patty Griffin/Living with Ghosts (1996): (sigh) Patty Griffin. I’m not even going to try. Mere words won’t do here. She’s like a mythical creature. Every song on this crushing debut hurts so good. You have to tread lightly into this one. How is it possible that she’s still so underrated? This one is reserved for those moments when a good cry is needed. Immortal record. Don’t worry; those are just your own tears dropping into your coffee cup along with the opening chords to Poor Man’s House.

The Cranberries/Everybody Else is Doing it, So Why Can’t We (1993): Here’s another one that you listened to A LOT. Front to back, packed with all the rainy Irish melancholy you’ll need. Refresh yourself with this one. It will feel good, I promise. Dolores Mary Eileen O’Riordan is sorely missed on days like these. Strangely, this one sounds amazing turned up really loud. Seriously, try it.

Del Amitri/ Waking Hours (1989): This is maybe the greatest Sunday/rainy day music album ever. The band had a wee hit with Kiss This Thing Goodbye, but believe it or not, it’s the weakest song on the record. The whole thing crushes. Not a bad note on this one. It’s a sad, lovely record to brew coffee to. I wouldn’t fight the urge to add a bit if the Sunday Sacrament to your coffee (whiskey) while this one is on. Trust me, you’ll see what I mean.