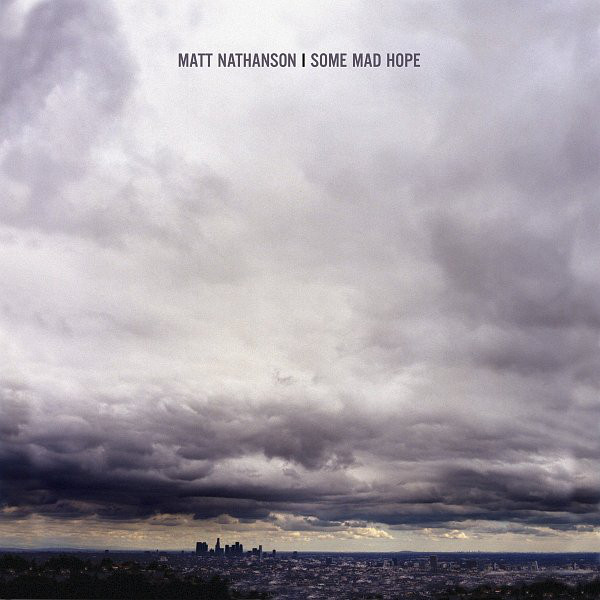 It’s high time for some vigorous honesty, everybody.

You and I are not cool.

We’re just not. There were a few passing moments in our early 20’s when we might have been, just for a mere second. A glimmer of cool. Barely a wisp. You could almost touch it–it was right there. And then…gone.

We are not cool.

In the very early 2000’s, I used to stride onstage, guitar slung just low enough to make sure my Catherine Wheel Chrome t-shirt was plenty visible for all to see. Confident in my wink and nod to shoegaze, complete with strategically placed t-shirt…

All this to later be approached post-show by after-party attendees inquiring as to who Catherine Wheel was and why she had such a terrible last name. Bubble perpetually popped–so torrentially uncool.

I begin this edition of Sunday Quarantunes in this manner, not to disparage us or put us down. While we might not be the pillars of cool, we have our own positives. We know things. We read books and stuff. Every once in a while we even watch movies with subtitles. We have cats and tremendous t-shirt collections, right?!

Why is this relevant?

I merely want to dissuade you of the need to hang on to any faux cool that might accompany your reaction to the records I discuss below. You and I both know that you were listening to these albums, so don’t argue with me. Feel no shame, you have nothing to prove. Circle back around to some of these. You’ll like it. Promise….

Don’t fight it; I can feel you pulling away. Search your feelings, give in to it. We have to get this one out of the way early. Say what you want about John Mayer – the celebrity. He’s had his issues. He’s made it really hard to root for him at times. That said, you couldn’t with any real credibility, take issue with John Mayer, the musician. He’s been tremendous for a long while now. However, on Room for Squares, we had no idea that he was a guitar-slinging prodigy. In those days, we were just being introduced to a subtle, acoustic songwriter that might as well have been cutting records in the 60’s with everybody else up in Laurel Canyon. This album feels good from front to back. It might be tough, but I know you can forgive John for “Your Body is a Wonderland.” Take a swing back through “No Such Thing,” “Why Georgia,” and “Back to You.” “Love Song for No One” is a personal favorite from this record. You may not have allowed yourself back into this album out of principle, but it’s going to be ok…

Just feels like a snugly Sunday, doesn’t it? Judging by the sales figures for this disk, we ALL were listening to Norah Jones. How cool was it that an artist on Blue Note Records had such a giant hit on her hands with this one? On her debut as well. “Don’t Know Why” still sounds as perfect as ever. It’s the jazz record that had all of our attention and stole our collective hearts, along with “Shoot the Moon,” “Painter Song,” “The Long Day is Over.” Even at the time, I’m certain we were all aware that we’d just met an artist for all times. She’s proven to be just that, but this record in particular has aged celestially. Sounds deep and warm on a great sound system.

I know, I know – another singer-songwriter record from the 00’s. In my defense, this was that era. Solo singer-songwriters were dominating the airwaves, crushing record sales, and selling out those HUGE summer tours. But you know that – you were there. And remember, the whole point of these Ear Candy features is to remind you about some of the ginormous records that you might have forgotten about, so that they might keep you company while you’re sheltering in place. On that note, Nathanson has always been tremendous company. He basically spearheaded the whole “I’m a singer-songwriter, but I’m also a comedian” movement. Remember, “Come on Get Higher”? This record also boasts equally great tunes like “Car Crash,” “Heartbreak World,” “Wedding Dress,” and “Still.” Cue it up. You’ll see what I mean. Also worth mentioning that Nathanson is doing some pretty magical live SIP Instagram shows these days. Like you, he loves his cat, but also thinks she’s a giant asshole. Go with your car stereo on this one. You’ll want to turn it up and sing “Come on Get Higher loudly.”

Yup, I just did that. You couldn’t stop me. It’s done. Dido’s electro-pop masterpiece gloriously makes this list. My-oh-my did this record take on a life of it’s own. Think Zack Braff’s Scrubs alter-ego JD and his undying affection for this disc. Admit it – you were agreeing with him all the way. I’m relatively sure “Here With Me” appeared in every romantic comedy soundtrack throughout the entire decade. Love Actually, people. Love fucking Actually. In all seriousness, take a listen. You still know all the words to “Thank You,” don’t you?! I knew it! Look, overall the record didn’t age particularly well, but still…Dido. Let’s stick with headphones for this one too.

It’s only fitting, right? What’s a rainy Sunday SIP’in without The Fray? “Over My Head (Cable Car)” is classic coffee imbibing goodness. It’s also a truly terrible song title. This is another one of those albums that you likely haven’t heard in a decade plus. How to Save a Life is frothy whipping cheese, but it’s still yummy somehow. There are another 4-5 songs on there that you’ll remember. The sweet irony of being dubbed “Coldplay-lite” hasn’t done much for these fellas over the years, but still we have this CD…somewhere in a box, getting dusty. Don’t be afraid of this one, it still sounds great at mid-volume on your home stereo. Pinky swear.