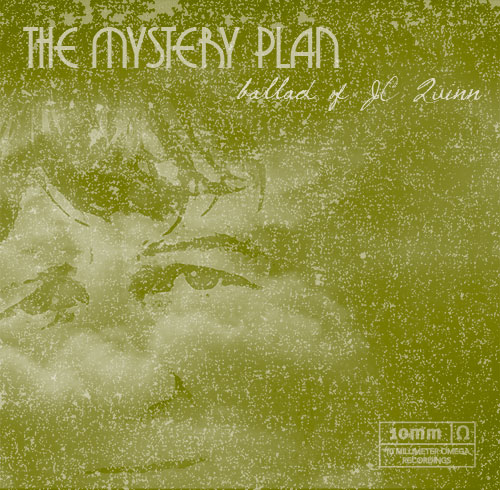 The Mystery Plan from Charlotte, North Carolina, have announced their fifth album Zsa Zsa which is out now via the boutique label Ten Millimeter Omega Recordings.

The album is produced by the legendary John Fryer and Jason Herring and it also features such notable guests as Micah Gaugh (The Veldt / Apollo Heights), Ian Masters, That Guy
Smitty and Snap Nation.

The band is comprised of Jason Herring, Amy Herring, Jeff Chester, Otis Hughes, and Patty McLaughlin. Since forming in 2010, they’ve managed to release 10 EPs and LPs combined. This is not the first time The Mystery Plan has worked with Fryer, having previously collaborated with him on their fourth full-length release Queensland Ballroom (2017) and the
“Electric Love” single.

In a press release, Jason Herring says about the song: “JC Quinn was an actor from NYC with many film and television credits, including “Barfly”, “The Abyss,” “Visionquest” and countless others. He moved to Charlotte in the late 1990s to be closer to his grandchildren. We met at a downtown watering hole called Cafe 521, owned and operated by his good friend from New York, Peter Herrero. That’s where I met JC, along with many other actors. JC and I struck up a nice friendship. He was a fan of ours and would come to shows and stand right up front so we could see him. A very lovely man indeed. Sadly, JC died in Mexico while shooting a film a few years ago. I’ve always wanted to pay tribute to him, and we have finally done so with this song. The lyrics are a blend of what we would do with him now if he were still here, and iconic lines from some of his films.”

What a nice gesture by the band, and what another marvelous work by Fryer as well! A stunning, and shining indie sounding tune, trip-hoppy, and funk-o-beauty all the way. This is how the band recalls memories with the actor and it is a far better way of paying tribute to the deceased friend rather than crying a ballad over his grave. People we meet and make friends with must be celebrated like this.

Keep up with The Mystery Plan