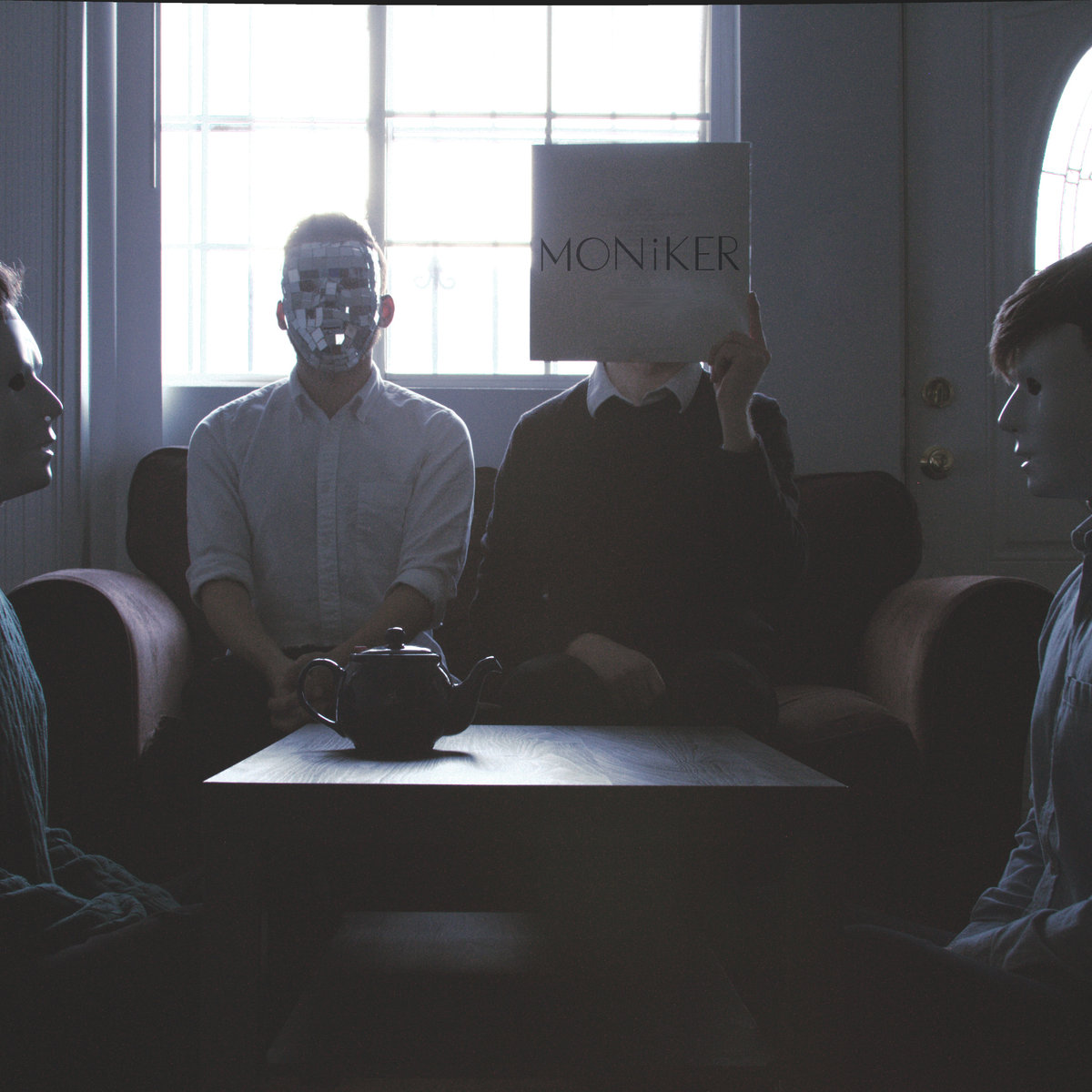 You may be as tired of hearing this as I am saying it but boy do I love when an album like this crosses my desk unbidden and unforeseen. Full of vim and knowing verve, with more than a winking familiarity with certain lively stylistic precursors that have brought jubilation to the canon over the years (the band themselves cite Vampire Weekend, Talking Heads, and Orange Juice among others and I can hear no reason to dispute such ambitious touchstones), Moniker’s self-titled debut not only strains that designation’s credulity but perches itself on a pedestal of pleasant surprises that 2016 is increasingly becoming rife with.

Formed a mere fifteen months ago when Jordan Scott (multi-instrumentalist/songwriter/singer) landed in NYC and hooked up with old pal TD Crowther – the founding duo then roped in high school buddy Jeremy Burke on bass and drummer Matt Shaham – Moniker whip up a melange of varied gems here that honors – then departs from – those aforementioned forebears with a naturalism that suggests they bleed pop. Doesn’t matter where you randomly land on this LP, be it “Rest My Head”‘s chimey Californian air bedded in a Smithsian rock groove, “I Was Born Disco, But…” with its warm, brimming nostalgic vibrancy – its busy, hook-laden charm could provide guidance to the Animal Collectives of the world on how to escape the trap of the over-wrought avant – or the folk rock-goes-indie epic “Bayreuth” (notably, as all you trivia geeks know, Wagner’s Bavarian hometown) that ramps up from mic’ed uke to soaring psych spazz guitar in a matter of seconds, all of it offset by an innate poignancy of tone, there’s no avoiding the impression that Moniker are in possession of a precocious mastery of form. “L.A.,” purposefully mimicking Laurie Anderson, coyly disrupts our assumptions regarding what those initials, umm, initially mean while ultimately – oh so subtly via the use of sonic space and lyrical asides (“if I was born over there“) – reminding us in turn exactly of a certain SoCal megalopolis and I sincerely doubt we’ll hear a better example of Möbius pop this year. These Moniker lads even slow down well (always a young band’s ultimate test), as “Second to Last,” a 6:25 outing that has that updated ‘Dion and the Belmont Beach Boys playing Bowie’s Free Festival’ vibe to it most ably demonstrates.

So thank you, universe, thank you fates, thank you to whom- or whatever dropped this on my plate. Proves anew what a great moment this it to be alive to new music. [MONiKER LP released April 22nd, available here for pre-order/track preview]