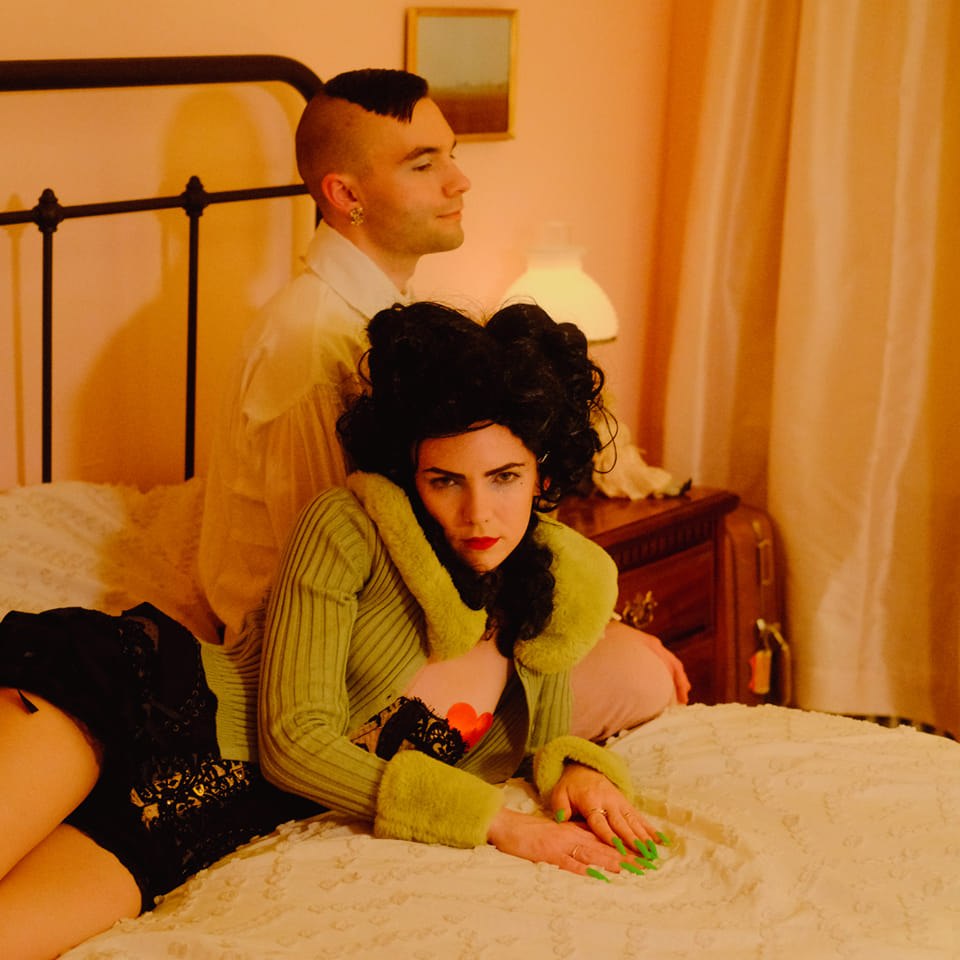 This is insane and almost never happens anymore. A song and accompanying video lands in front of me that’s so immediately full of addictive charm and visual can’t-look-awayness that I not only can NOT quit watching and listening but every time, and I mean every freakin time, I feel the most wonderful type of music drunk it’s possible to feel. Sultry giddy and loose like a trip-hop groove high on nitrous oxide, gliding into your nervous system as if it were given the key to your inner Dance City, we can almost guarantee that there isn’t anything you won’t do to keep hearing this track over and over and that’s not even addressing its visual delights. Coatie Pop (Robert and Courtney Watkins) inviting the Nameless Shufflers to animate in human form the innate metabolic shimmy of their track was perhaps the most genius stroke of genius there’s ever been, since not only can you not keep your mind off the audio merits of “City Song” (from upcoming album Deathbed we presume, due Feb 11th) but now your optic nerves will be relentlessly on your case, quivering for their next hit. “Play it again!!” they’ll be hissing at the reflex control center in the cerebellum and since the domos up there will be similarly seduced, well, just be aware that the back button on your keyboard will be getting a significant workout. We’re not even going to bother describing this track as it seems unfeasible we could do it justice compared to the dopamine rush. I mean, who wants to compete with that? So, enough. Click. Dance. Repeat. And repeat. And repeat. And…[feature image: Carl Knight]