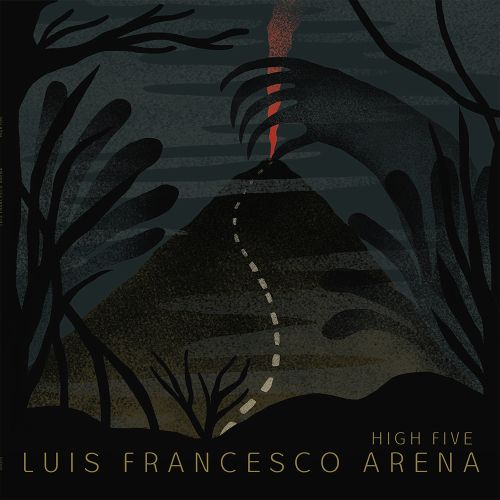 High Five is filled with personal narratives about the musician’s evolution through fatherhood. Stereo Embers is glowing with enthusiasm to be hosting the video premiere for “With New Eyes”, a gentle and captivating post-rock track from High Five.

The mesmerizing video for “With New Eyes” begins as a chiaroscuro of light and shadows, and then segues into starry space and colorful unexplored territories, using the visuals as a metaphor for traveling on the mysterious and surprising road of being a father.

The video was directed by Comète Cosmique, a French duo of creators composed of photographer and videographer Aristide Saint-Jean and the illustrator and graphic artist Soia. Through the use of DIY paper cut-outs, digital-relief techniques, and camera movements, viewers end up traveling through dazzling terrain that takes Arena’s song on a geological and galactic trip.

Arena reveals some details about how certain images in the video came to be, explaining, “I wrote this song for my elder son. He was born in a room with a big palm tree painted on the wall. My father, who passed away when I was a kid, used to love palm trees very much. He painted one on a wall at my grandparents’ long ago. It felt like he was here as well when my kid arrived. I also play in a band with inflatable palm trees on stage. I’m not so fond of palm trees myself, but it looks like they are following me around.”