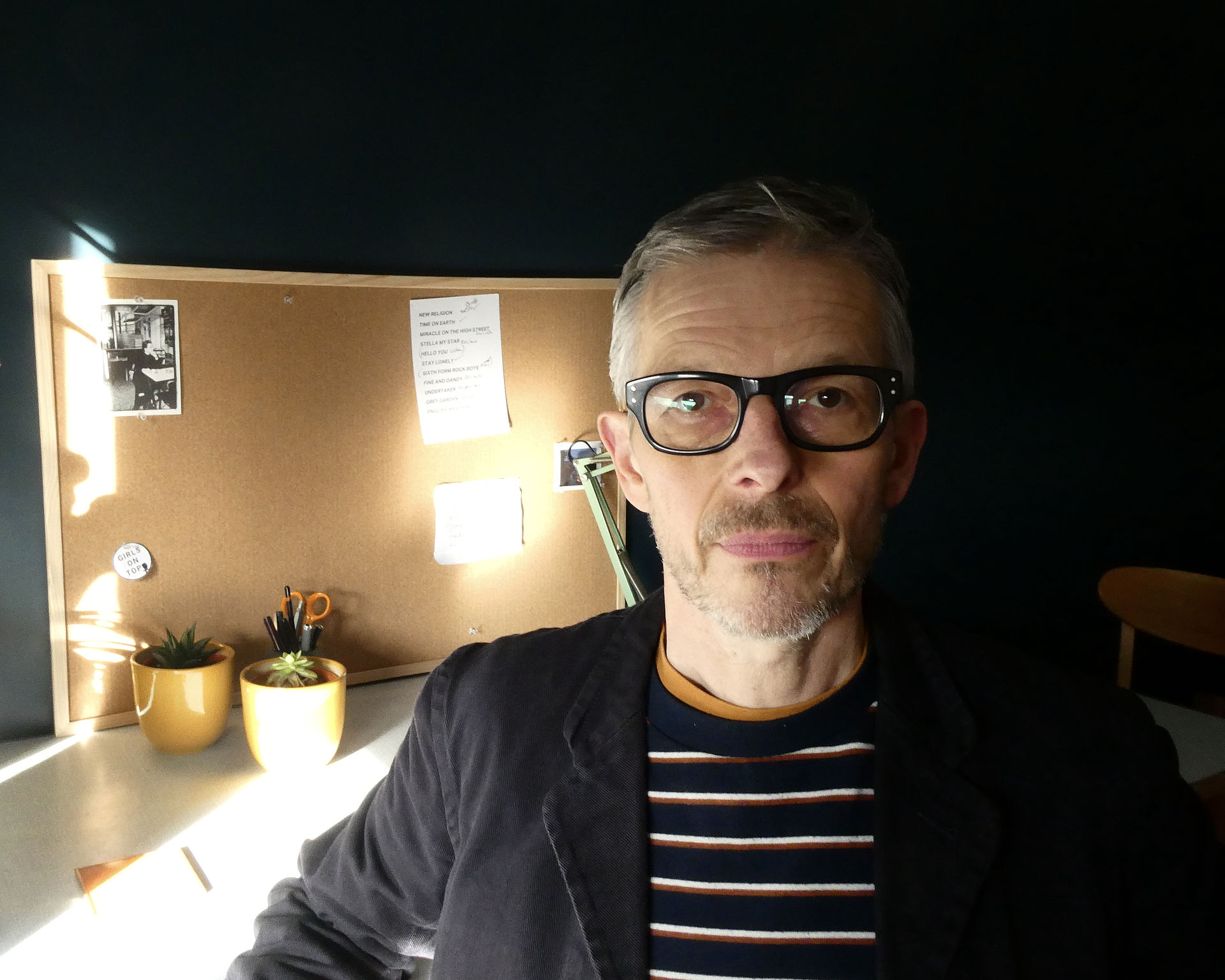 Pete Astor has a thing about time. Now, that might reasonably be said about any of us but Pete, by most indications, has something of an intimate attachment to it. Aside from the very integral role it plays in any musician’s life – their entire output is based in it, full stop – and beyond the banal-yet-profound influence it wields over our existence at every turn from every angle, for Mr. Astor we’d posit that the big T exerts a particular sway over his thoughts and daily practices beyond that of most mortals. This is to be expected, we believe, given Astor’s interest in – and adopting of – Mihaly Csikszentmihalyi’s flow theories that, in a nutshell, substantiate the idea that getting lost in the flow of one’s work is not only to be encouraged but is necessary, resulting as it tends to in maximal happiness for the artist and thereby better, stronger work. That by definition this way of thinking requires the actual losing track of time would seem to run contrary to our supposition here but, on the contrary, you can’t practice what’s essentially the canceling of time without recognizing that you’re ruled by it in the first place. Yes it’s all a bit, well, theoretical but the fact is, we feel, that its impact on Astor’s perception of this whole making music thing can’t be overstated. Add to this the just plain fact that there’s always been a poet’s heart beating inside his chest and it’s no surprise that a certain level of gentle immortality tends to, umm, flow from the guy’s songs, and the eloquent “Time on Earth” is no exception.

If one wanted to affix the word ‘jaunty’ to an artist with a wildly astute pop intellect while not being hounded from the music critics clubhouse amid derisive laughter, the subject of that daring bit of rhetorical effort could really only be Pete Astor. Whereas there’s no shortage of self-reflection and the quiet regret that can oftentimes accompany it in Pete’s lengthy path from The Loft through the Weather Prophets, Ellis Island Sound, the Wisdom of Harry and the deft string of outright solo albums woven throughout, the Astorian reflex tends to bend toward resilience even if, on rare occasion, the breath of despair would seem to be hot on his neck. And while there isn’t anywhere near that intensity here, “Time on Earth,” ostensibly directed toward a mysterious, unknowable – if quite memorable – street person while alluding to his own trajectory in his typically seamless, semi-autobiographical fashion, nonetheless exudes that sure and steady strength that over the decades has become the man’s trademark. Punchy in the melodic, reassuring way we’ve come to expect, somehow poignant and unsentimental in equal measure, the track is not just a worthy addition to an already-bursting canon of sublime pop jewels but serves as well as an ideal introduction – and invitation – to the full-length arriving October 7th via the estimable Tapete imprint. Believe us, we’ve heard the entire record and there isn’t a track on it that couldn’t rightly jostle for first single status. Listening to Pete Astor records has always left us basking inside a kind of somber-shaded radiance which no doubt sounds contradictory to those that haven’t heard and/or followed him all these years but, to those of you that have, we bet there’s a slight smile of appreciation on your face right now as you nod your head in a moment of complete understanding.

In a career that’s been nothing short of illustrious from an artist that never demanded, nor even seemed to crave, the need to have it trumpeted as such, Pete Astor somehow manages to go from strength to strength and we’ll be goddamned if there isn’t something very life-affirming about that. This is why we love music, straight up. Thanks, Pete, as always. [pre-order Time on Earth here] [feature photo: Elena Ferreras Carreras]