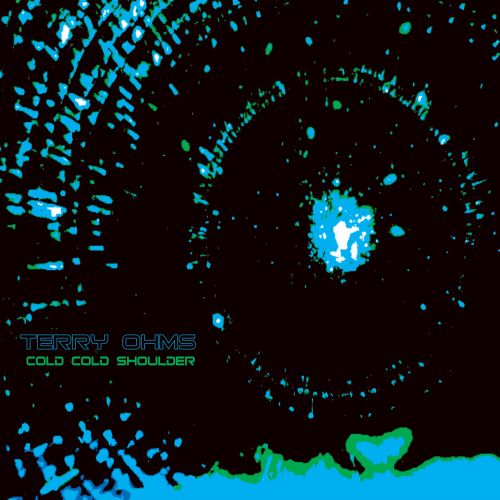 Rock and pop singer-songwriter Terry Ohms, who hails from Birmingham, Alabama, will be releasing his latest album, Cold Cold Shoulder, on February 7th of next year via Cornelius Chapel Records. It will come relatively quickly on the heels of this year’s LP Terryfirma.

If you’re scratching your head over the Terry Ohms moniker, that’s because it’s the alternative name of one Wes McDonald was the singer/guitarist in Vulture Whale and The Ohms, and who is currently the drummer of psych-rockers People Years. The veteran musician (performing in one outfit or another since 2000) is known for his ever-shifting sound that still maintains a welcome familiarity.

Guitars are at the core of Cold Cold Shoulder, but the songs also feature the usual suspects of bass, drums, and keyboards, along with Ohms’ soulful to smart vocals.

Stereo Embers is pleased to be hosting the premiere of the video for “IMO JSYK BTW,” an up-tempo track from the forthcoming album. Recalling the angular synth-rock/pop of the retro-‘80s, kicky drums, wiry guitar jabs, groovin’ bass line, and dreamy synth press run restlessly through the song. Ohms vocals are clear and he delivers his words with an acerbically spiky directness.

Amid the pushing rhythms, Ohms, throws down some relevant sentiments about the current state disconnected culture, stating “Nobody knows anything” and “Don’t want to listen to reason. Don’t want to try to understand.” Yet mixed in the bleakness there’s still the hope that we can get along with each other anyway.

The video is chock full of human culture, with vintage footage of protest marches, city streets, and a traditional dance, as well as scientific themes like the moon landing and chemists working in a lab. These scenes are overlaid with constantly revolving, vividly hued balls that keep the eyes occupied while the thought-provoking lyrics sink in.

Ohms relates some details about the song and video, explaining, “I made the “IMO JSYK BTW” video with a trampoline, a bunch of plastic balls, The Florida Memories archive, and the internet archive. The song is a product of never hearing anyone change anyone else’s mind during an argument, and agreeing to disagree without compromising that brotherly/sisterly love that holds everything together. Hopefully not a fantasy. I’m still unsure about everything.”

Find out more about Terry Ohms: