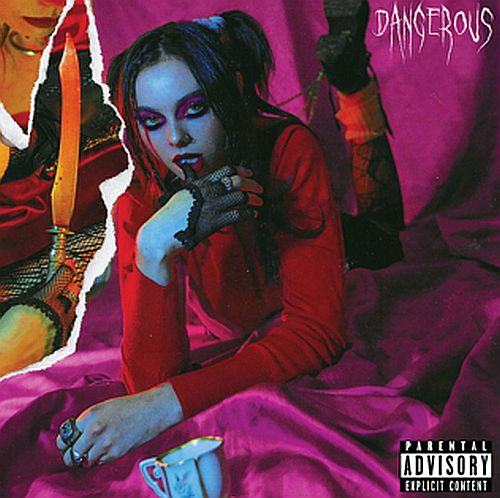 NYC-based alternative pop artist D’arcy has dropped her new single “Dangerous” just in time for it to soundtrack the end of a tumultuous summer.

The darkly alluring electronic pop track sees D’Arcy vocally defiant, strutting atop a bold bass line and fearlessly casting aside any doubts of her potent persona.

The sparse, but punchy instrumentation paves a victorious path forward for the young singer and songwriter.

“Dangerous” is an anthem for anyone who’s been taken for granted, underestimated, or underappreciated.

Stereo Embers is pleased to host the premiere of the exciting accompanying music video for “Dangerous.”

The video footage showcases a myriad of unstoppable female heroes from video games, and is a clear indicator of how D’arcy is feeling.

As she puts it, ““Dangerous” is about embodying your inner superhero. It is about getting knocked down again and again, but refusing to give up, and ultimately surprising and surpassing everyone who underestimated you.”

““Dangerous” is about not giving a shit about what anyone else thinks of you, because ultimately feeling confident and badass by blocking out the noise and going after what you want is the only thing that matters.”

Find out more about D’Arcy: