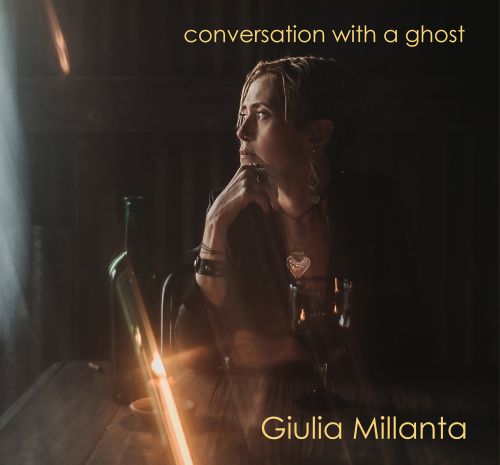 Singer-songwriter Giulia Millanta is a Florence, Italy native who now resides in Austin, Texas. She’s a prolific artist who has released six solo albums and regularly tours across the US and internationally. An accomplished guitarist, Millanta also plays the ukulele and can sing in four different languages.

Millanta’s brand of music is a mix of Americana and rock with a European twist. She can be raw, yet introspective; feisty, but pensive; intelligent, and cool. Through her voice, melodies, and stories, the artist pulls the listener in, and then she keeps the ear attuned to her sometimes psychedelic to haunting compositions.

Stereo Embers is pleased to premiere the video for the stark “Blinded by the Sun”, a track off the album. The video spotlights Millanta against a black background as she performs for the camera. The stripped-back song displays vivid lyrics, while Millanta acts them out as if doing a play on stage. Millanta explains the meaning behind the number, stating, “You can get lost on a sandy beach, in a storm, or in your own thoughts … all you need to do is surrender and get used to being lost.”

Millanta will tour the US this summer, followed by dates in the UK and Europe through the fall.

Pre-order Conversations with a Ghost at Pledge Music.