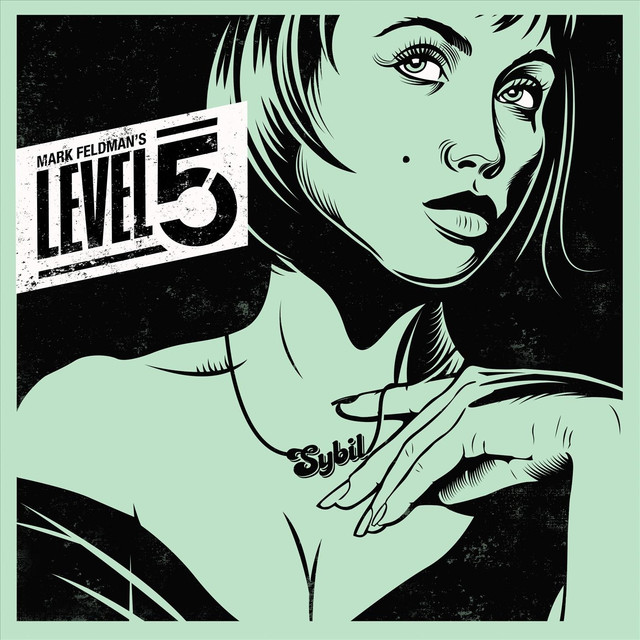 First coming to the music world’s attention as the young – and very first – winner of Modern Drummer Magazine’s drum solo contest as judged, in that instance, by no less than Neil Peart, it’s no shock that Mark Feldman, when the time came, would bring together a truly ace ensemble for his first recorded outing under his own direction. Both a recognized drumming presence on the always competitive New York scene and a veteran from inside the industry’s trenches, Feldman was well-placed – and trusted – enough to recruit Israel-born guitar virtuoso (and the EP’s sole composer) Oz Noy, NYC keyboard go-to Adam Klipple, and the venerable bassist Will Lee, a monster session legend that first came to this writer’s attention in the mid-to-late 70’s as his name appeared on a staggering number of records across all genres, holding down the bottom end on the era’s finest disco records to jazz sides and studio rock outings and etc etc (his CV runs to 600+ dates on Discogs). The result, Sybil, released Feb 22nd on Mutant Cat, from a band that’s dubbed themselves LEVEL5 , is a smart, snappish, three-track instrumental that sticks to the funkier side of the neighborhood with decided aplomb.

While all three tracks merit distinction – the title track owns the finest surprise juxtaposition between swinging flange-ing funk and sudden outbreaks of quick-shot metal we’ve heard in some time, while final cut “Jabber Jaw” boasts a tightly-clenched looseness and virtuosity that would have found a home on any number of those albums Lee featured on back in the late 70’s (Steve Kahn, say, or Ralph McDonald), it’s “Swagger” that we’re here to premier and little could make us happier. The most subtly propulsive offering here (not to mention the one that perhaps best reps Feldman’s dextrous, pocket-occupying stick work), the track could be heard as a singular precis for the jazz-funk category, punchy in its way, suave in its way, but never in its own way. Best heard maybe on your way home from work Friday afternoon and/or later in the evening on your way out to that party you’ve been waiting on for weeks, “Swagger” manages to both soothe the savage beast as needed and excite it at the same time. Have a listen, and if you could excuse us, we have a party to get to.