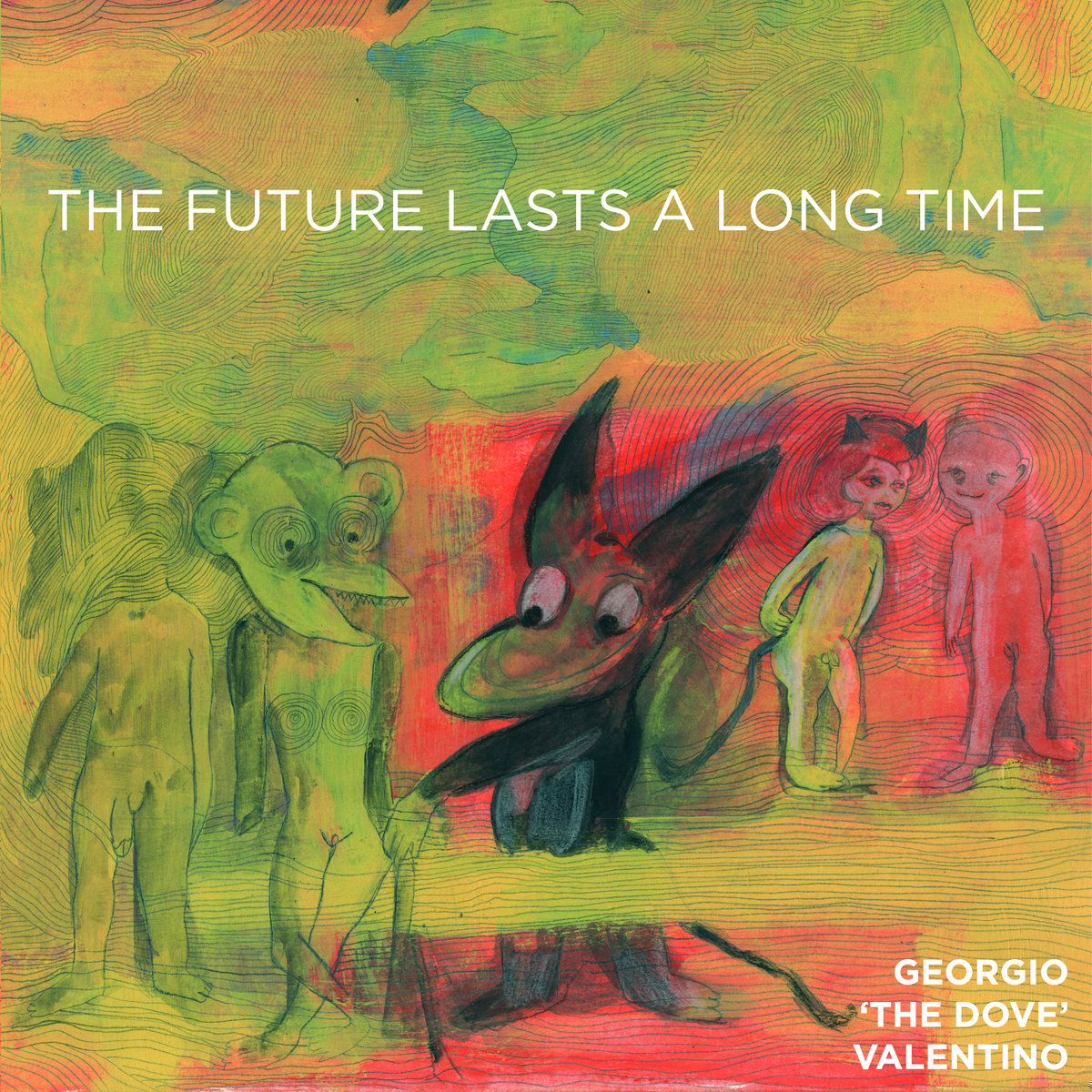 Some artists are thrust to the peripheries more or less against their will, either by the music they make or the choices they make and most often by a combination of both. Others, wilier, more certain of themselves, choose to locate themselves out on the periphery, primarily, one suspects, because not only is that where things are more interesting and therefore the possibilities far more rife, with chances for aesthetic adventure pretty much presenting themselves at every turn, but because out there where the mainstream’s but a trickle at best, there’s just you, your muse, and an exclusive cadre of others pretty much exactly of your ilk. There’s no blending in, there’s only standing out. Paradoxically, perhaps, it turns out that the further you go out on the fringes the more intense the spotlight, and one gets the feeling that that’s just how Georgio “The Dove” Valentino likes it.

Born and coming-of-age in a grunge-infested Florida (one wonders how one wears flannel in Florida but never mind), escaping to Detroit before becoming stuck in Detroit – though it was where his persona as an artist began to gel and where he lived when 2007 debut album You Brought a Knife to a Gunfight emerged – Valentino was never well-suited to the Foo Fightered environs of his native country (a truth made evident by his seeking out at an early age the electro embattlements of Tuxedomoon, the fey pure pop genius of the Postcard label, and Liverpool’s second explosion circa ’79-’80, among others) and soon fetched up on foreign shores, in his case Brussels. From that vantage this decade-long pop project began to realize its full potential, and, with band in tow and a little push, perhaps, from destiny, collaborations with the ‘moon’s Blaine L Reininger, Birthday Party’s Mick Harvey, Vic Godard, and David McClymont soon materialized, ultimately resulting in the sprawlingly divine double album Mille Plateaux in 2014.

So what does one do, you ask, when an artist with this kind of fated arc feels it’s time to bring this rather magical ride full circle? Why, release a loosely autobiographical 17″ vinyl box set, of course. Blending in a rich bundle of strands from his transcontinental life, incorporating influences ranging from Italian cinema to literature to those very musics that drew him out of Florida in the first place, The Future Lasts a Long Time has an understandably elegiac feel, especially seeing as it opens with his first ever song “The Stranger” (from …Gunfight) and ends with 2016’s “Satyros Ironykos,” both newly-rendered. Currently hauling himself and his band across the US on their final tour – you can find the January 2018 dates here – Stereo Embers is proud to bring you the exclusive premier of George “The Dove” Valentino’s newest video, a lush reading of David Bowie’s “As The World Falls Down.” Setting aside for the moment the track’s all-too-timely title, we’re struck by the beautifully eerie degree to which this loving cover reminds us in its emotional tone of Bowie’s heartbreaking comeback single from January 2013 “Where Are We Now?” Stripping away the air bass and other slightly regrettable studio effects of the 1986 original (softly gated drums, for instance), this subtly inspired update not only brings a quiet gravitas to a song that has long deserved it, but as well suggests in the process the innate eternality of art, whether it’s come from the fringes or from the very heart of the Labyrinth. [get your copy of The Future Lasts a Long Time here]