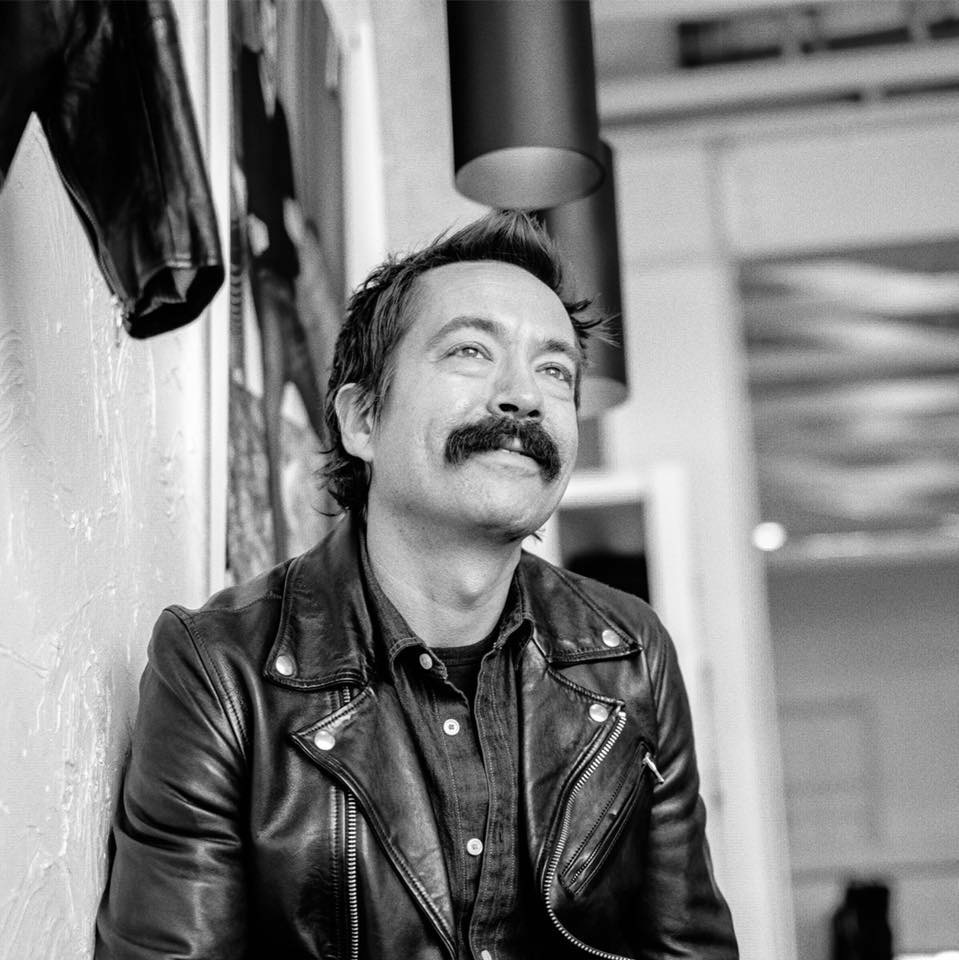 In the great rustic firmament of so-called Americana, the arcs of taste and influence criss-cross and bounce off each other in an infinite tangle of minor chords, lyrical strands of hard-won wisdom, and a telepathic jangle that has descended through two if not three full generations since the Byrds saddled up with Gram and Clarence and went in search of the old wyrd psychedelia with the Flying Burrito Brothers riding shotgun. What might be most surprising here in the crowded digital wastelands of 2018 is the extent to which that well-trod template is still as wide open as a cosmic prairie, welcoming riders of every stripe into a territory that’s as vast as it is exact. None of us may know – or agree even if we think we know – what exactly the genre’s parameters are but, indeed, we know it when we hear it. And here in the impressively bewhiskered person of Jesse Ainslie, indispensable alum of both Phosphorescent and the Castanets whose debut full-length Only in the Dark on boutique imprint Epifo Music arrives May 18th, we hear it with this intrinsic certainty that takes us back through our many journeys along these trails, from the aforementioned, spoken of in a dusty hush, through Steve Earle (from whom Ainslie could have believably learned, as “Back to Texas” shows, how not to flinch) then through to the likes of Calexico with their snaky agility, Jason Isbell with his dark story ways or even Steve Barton whose lately returned as if on a mission where each fierce chime may be our last. But even with signposts and commonalities both stylistic and spiritual aside, Ainslie’s grip on the form would unmistakable. It’s there in the laconic narrative expressionism, the poetry of life doing its best to be lived, where despite the jarring dislocation at the heart of this tale – a hot and violent desert “half a world away” has just been returned from – a plain reality clings to every word, and there as well in the plangent sturm and Texas drang of the guitar work, especially the lifting, descending, flying-into-the-sun-of-hope coda that clambers its way with a bruised elegance over a rhythm section that punctuates by implication the swallowed sorrow and heartbreak that’s just been revealed in the song’s final line, which of course it would be a sin to reveal so we’re not going to do that, which is fine because you’re going to be listening to it yourself, and we’re reckoning more than once, more than twice, likely three times or more. Like the best of this form’s exemplars over the preceding decades, this one’s a classic like that. [feature photo: Walter Reed]