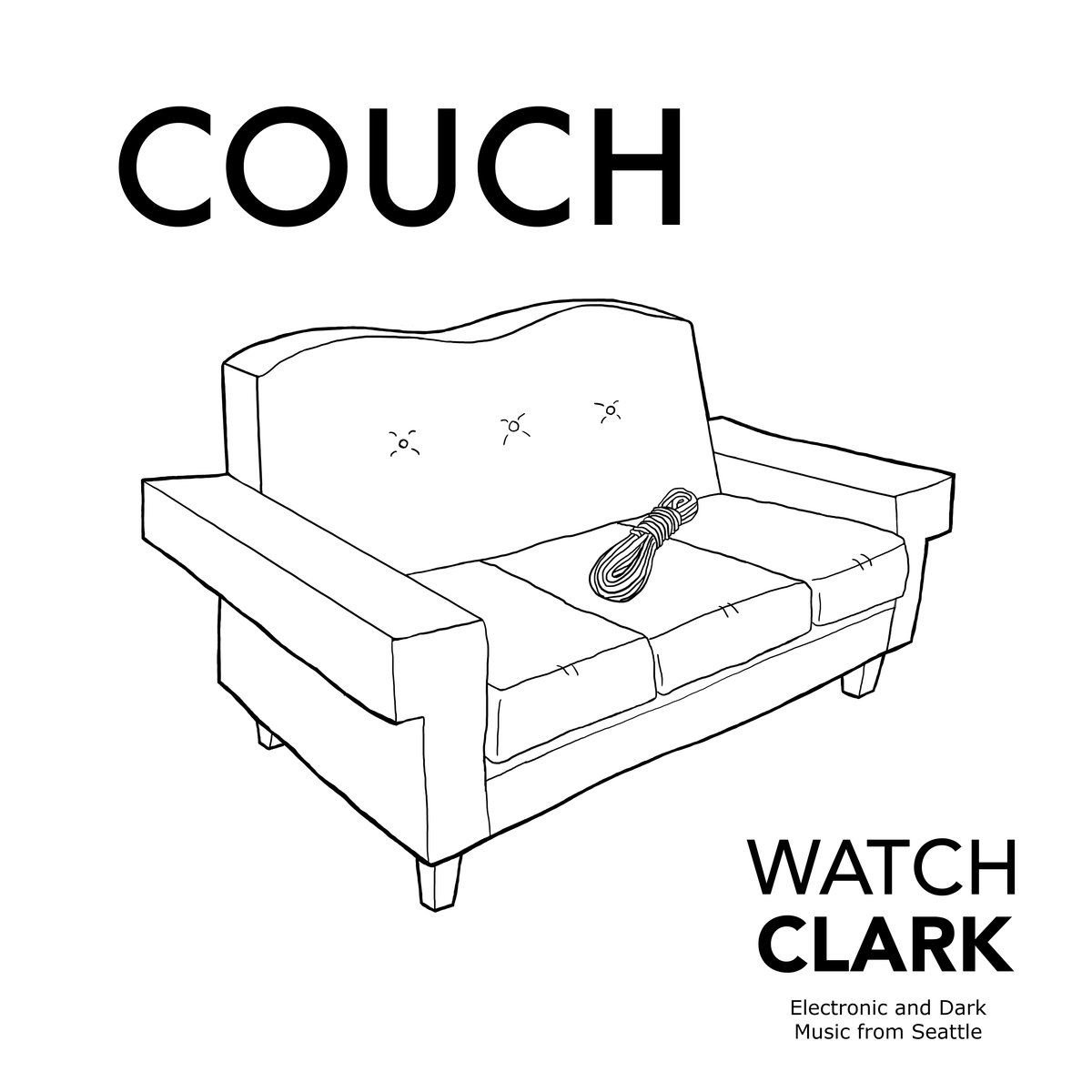 Couch is the new album by Seattle’s electro-pop outfit Watch Clark, and it hit shelves in September, via VTwin Media.

This electronic outfit is one man’s case, Paul Furio with a little help from his friends. Among these pretty talented and productive gentlemen is Kasson Crooker who is responsible for the production, mixdown, and the mastering of the album. Crooker is probably the busiest producer in Seattle these days, responsible for a number of sound designs (Speed of Dark Music), with many productions and collaborations while running his own projects (Symbion Project, ELYXR, Freezepop, Rococco). All that elegance with a clear commitment to the original Seattle’s electronic music style can be found on Watch Clark’s album, which swings between electro-pop and industrial veils and is actually far away from the sound of the previous album First Week Of Winter (2017).

No pounding EBM-oriented synthwave music here and much less darkness,  yet in spite of the absence of these elements, it’s a really powerful release with a lot of great tracks that are somewhat reminiscent of Depeche Mode royalty Martin Gore’s heritage.

The backing instrumentation is very cleverly arranged, from the string orchestration to minimalistic synths and even cymbals. This new offering from Watch Clark is both haunting and deserved of a hundred enjoyable repeat listens as it is a melodic kaleidoscope that sounds fresh while echoing classic synthpop artists. Maybe it’s a tribute to them, maybe it’s the new sound of electro-Seattle to the skies, maybe both!

Our Track Of The Day is the infectious opening track “Misery.”

Keep Up With Watch Clark