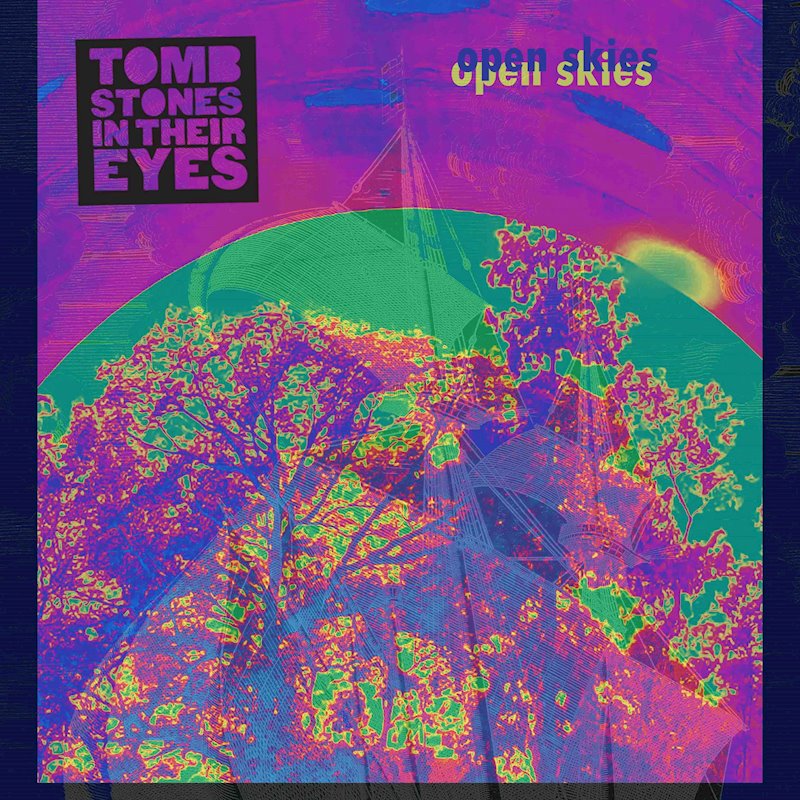 The fabulous Los Angeles outfit Tombstones In Their Eyes have unveiled the first official video off their brand new Maybe Someday LP, that’s slated for release November 15 via Somewherecold Records.

The clip is for the single “Open Skies,” which was presented as a single with the b-side “Dreams” (Alt Version) last October. Tombstones play super-addictive Californian psych-rock and they blend it with shoegaze and a bit of noise rock, too. The band plays loud and they’re always adventurous and tricky as they create walls of sound that are simultaneously sonorous and hazy. These are cavernous, stoner lullabies, wrapped in dark dreamscapes that descend into post-rock.

This is the band’s first long-player since their debut 2015 release Sleep Forever.

The new album comes on the heels of several critically-acclaimed releases: their Nothing New EP and the Fear EP. Earlier they also released their huge sounding Bad Clouds EP (2016). Maybe Someday includes 12 songs of fabulous rock and roll music and I dare to foresee airports for them in their immediate future, because the new album is simply a straight-up stunner and it won’t be long before the world catches on.

And as we went to press I got an updated note informing me about the second single off the album–it’s for the title track which also includes the b-side “I Can’t Feel It Anymore” (Junkie Version).

Keep Up With Tombstones In Their Eyes