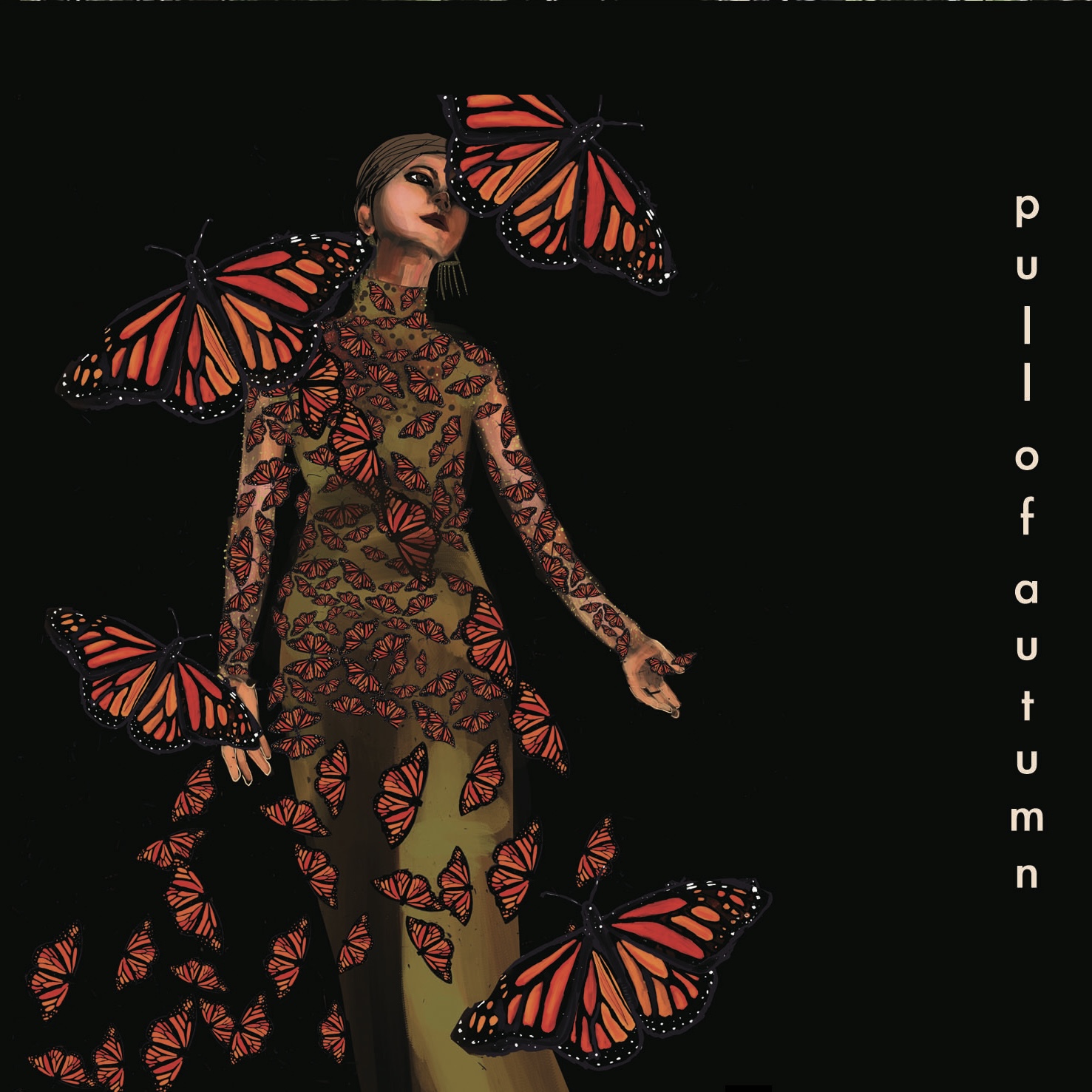 Our Track of the Day today comes from The Pull of Autumn.

The art-pop collective’s new album Beautiful Broken World was one of our favorites of 2022 and the album’s next single “Funhouse” is a dark, acoustic number that conjures a landscape littered with broken dreams. Falling somewhere between Nick Cave and Crime and the City Solution, the song is evocative, atmospheric and stirring.

The band’s Luke ‘Skyscraper’ James tells SEM: “This song is about how people in rural communities used to have to wait a year for the circus/ carnival to come to town. Then it would be gone. As opposed to the oceans of distraction and “entertainment” that the human race currently wallows around in.”

The Pull of Autumn’s braintrust—Rhode Island artist Daniel Darrow of Johanna’s House of Glamour—adds, “For ‘Funhouse’, I wanted to add an inner-ear sound that would give the track an otherworldly sound. Luke is a fabulous writer and easily grasps many different sounds in sound design. We’ve been friends since 2018 and I’m glad we have a wonderful friendship as well as shared interest in all types of music.”

The Pull Of Autumn’s new album Beautiful Broken World is a novelistic song cycle that burns in the beginning, soars in the middle and cascades perfectly in the end.

The band’s fourth effort is a striking step forward and it features The Perfect Disaster’s Philip Parfitt, Stuart Moxham of  Young Marble Giants, Luke Skyscraper James of FASHION and John Neff, who not only has contributed to multiple David Lynch films, he’s also a member of David Lynch’s Blubob.

Produced by Darrow, Beautiful Broken World is a moving landscape of swirling melodic wonder and textured musical nuance. “Live Today” is a mesmerizing and harmonic offering, while “Outlaw Empire,” which features Stewart, is alive with jittery grooves and pure post-punk sting.

“For this new Pull of Autumn album,” Darrow says, “I wanted to place greater emphasis on the production of the music as to develop a signature sound that is heard throughout the entire recording. Also lyrically, the tunes speak to the changing and sometimes chaotic times we’ve all been through. I’ve grown more confident in the process of using purely acoustic elements with electronic sound design to create a new interesting sound.”

He goes on to add: “Once again, it was a lot of fun having musicians from many different backgrounds come together to create a group of songs that ultimately make the entire  album come together as one united voice. It’s been a lot of fun working with artists from all over the world and experiencing their completely different methods of creating art, even if it reaches a few ears. I find much joy in that!”.