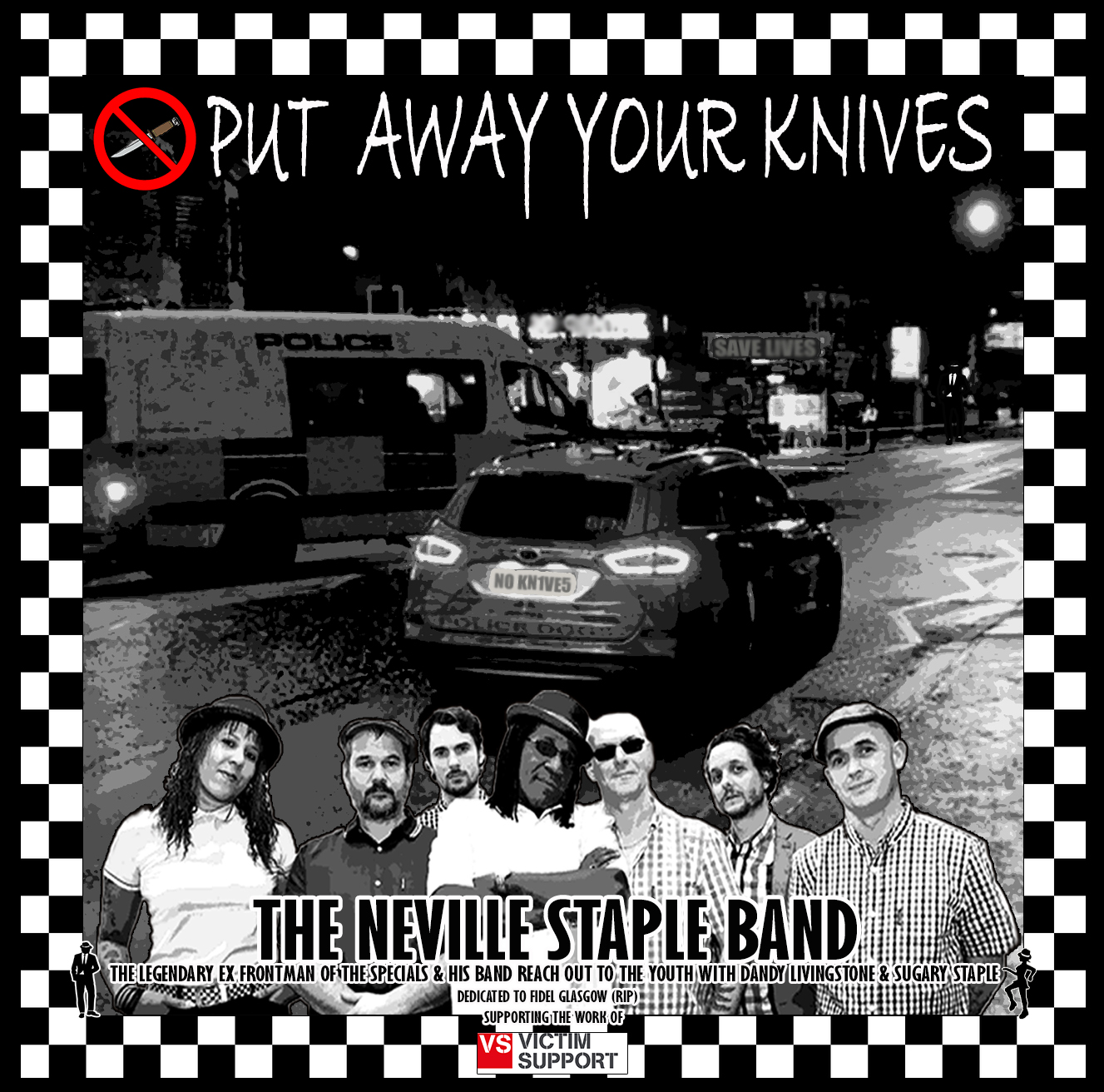 The Neville Staple Band has released their new single “Put Away Your Knives,” a 2Tone influenced punky ska and reggae number with on-point lyrics addressing the growing knife crime problem in the UK. This is a lyrical and musical cry to young people involved in knife-related crimes, motivated by a tragic event that struck the Stapel family in September 2018 – the fatal stabbing of Neville’s 21-year-old grandson Fidel Glasgow.

Known as The Original Rude Boy, Neville Staple is a legendary frontman and co-founder of The Specials, Fun Boy Three, 2Tone and the Special Beat with Ranking Roger. Over the past four decades, Staple has picked up multiple awards, including from MOJO and NME, as well as achieving Gold, Silver and Platinum discs. Today he fronts The Neville Staple Band together with award-winning wife Sugary Staple, known for spearheading the Skamouth series and also as an actress, vocalist end event promoter for over 30 years.

With 2019 being the 40th anniversary of Neville’s successful music career, and also for The Specials and 2Tone Records, this is a timely release. “Put Away Your Knives” underlines that not only has violence not gotten better after all these years, but that it has actually escalated.

Staple says: “We are dedicating the song to my grandson Fidel and to everyone else out there, who has been affected by violent crimes. It’s time we take back some control and teach the youth right from wrong, and the consequences of their actions. This song is highlighting the pain and the anger being inflicted on the families too. It asks the youths to just stop, think and put down the knives.”

Here Neville and Sugary Staple are joined by British-Jamaican reggae musician and producer, Dandy Livingstone, who penned “Rudy, A Message to You,” which was later a hit for The Specials (as “A Message to You, Rudy”). His 1972 hit “Suzanne Beware of the Devil” also reached number 14 on the UK Singles Chart. This single follows their new Rude Rebels album, which they released via Cleopatra Records in autumn of 2018 with contributions by The Specials’ original guitarist Roddy Radiation (a.k.a. Roddy Byers).

Releasing this song also gives rise to the occasion for Neville and Sugary to highlight the great work that the independent charity Victim Support is doing. By promoting awareness about their services, they are encouraging more support and donations, especially in relation to the help they give to families affected by knife crimes. Sugary Staple says, “I call upon all the “good” young people out there to join forces in saying #PutAwayYourKnives to other friends who you know are carrying. Why not make it a cool thing to share that message and separate yourselves from the negatives and the dangers.”

“Put Away Your Knives” can be downloaded from iTunes and Amazon. It can also be streamed on Spotify. You can also donate To Victim Support.