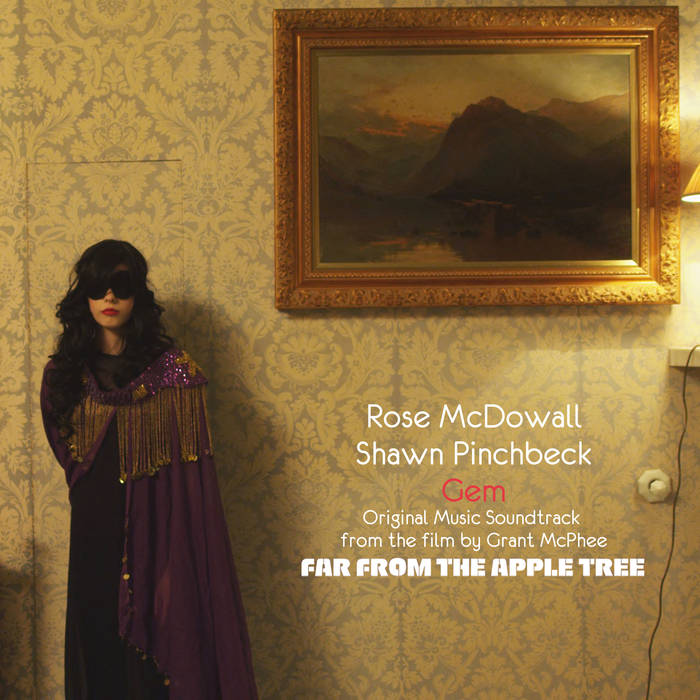 “Gem” is the first track to be released from the forthcoming soundtrack, Far From the Apple Tree.

Written by Rose McDowall and Shawn Pinchbeck (with help from Rose’s ex-husband and former bandmate, Robert Lee), this is classic Rose. Fans of her band from the 1990’s, Sorrow, will rejoice as all the hallmarks are here. The Psychedelic Neo-Folk tone of the track is perfect for her timeless voice. The gothic themes are as dark as ever too, with the, “Crystal shard through beating heart,” but the delivery makes it sound so deceptively seductive.

McDowall is best known for her band Strawberry Switchblade from the’80s and her more collaborative work with infamous bands of the U.K. Gothic and Neo-Folk scene like Current 93, Death in June, Coil and Psychic TV.

Meanwhile, Shawn Pinchbeck is an award winning musician, sound creator, lecturer, curator and sound engineer. He has eight album releases of ambient music, film scores, music for dance, noise, experimental music, electroacoustics and sound art spanning back to the late-1980s. He also appears on numerous collaborations with artists from all over the world. This is Rose and Shawn’s second collaboration–the first was on two tracks from a 1999 release called, The Final Solstice on Rose’s label at the time, Piski Disk Records.

Pre-Order the full soundtrack on limited edition purple vinyl, CD (with 1 extra track and extended intros to each song from the Vinyl Edition. 13 minutes of extra music!) and digital download: