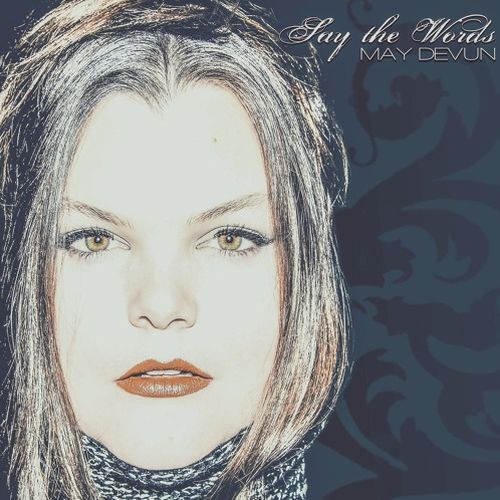 “Say the Words” was produced by Devun and producer and mixer Mark Needham (Imagine Dragons, The Killers, P!nk)  and features composer Patrick Warren (Adele, Lana Del Ray, Sara Bareilles) on strings and Matt Chamberlain (Pearl Jam, Fiona Apple, Chris Cornell) on acoustic drums.The song is the first of several singles scheduled for release next year. Devun is also an acclaimed rock guitarist, but on “Say the Words” it’s all about her voice couched in a lush piano ballad/symphonic ambience.

Her soulful vocals wind duskily on the verses and then shoot through the sky like a blazing meteor. She’s supported by two piano lines (one reflectively subdued; one dancing lightly), touches of sprightly percussion, a trippingly quick drum beat, and at times, the swell of symphonic strings.

Devun reveals the meaning of the song, explaining, ““Say the Words” is an introspective journey. It’s about acknowledging your truths – who you are, and where you’re going. You’re not a stepping stone, so free yourself, and don’t let others define you or your purpose.”

Find out more about May Devun