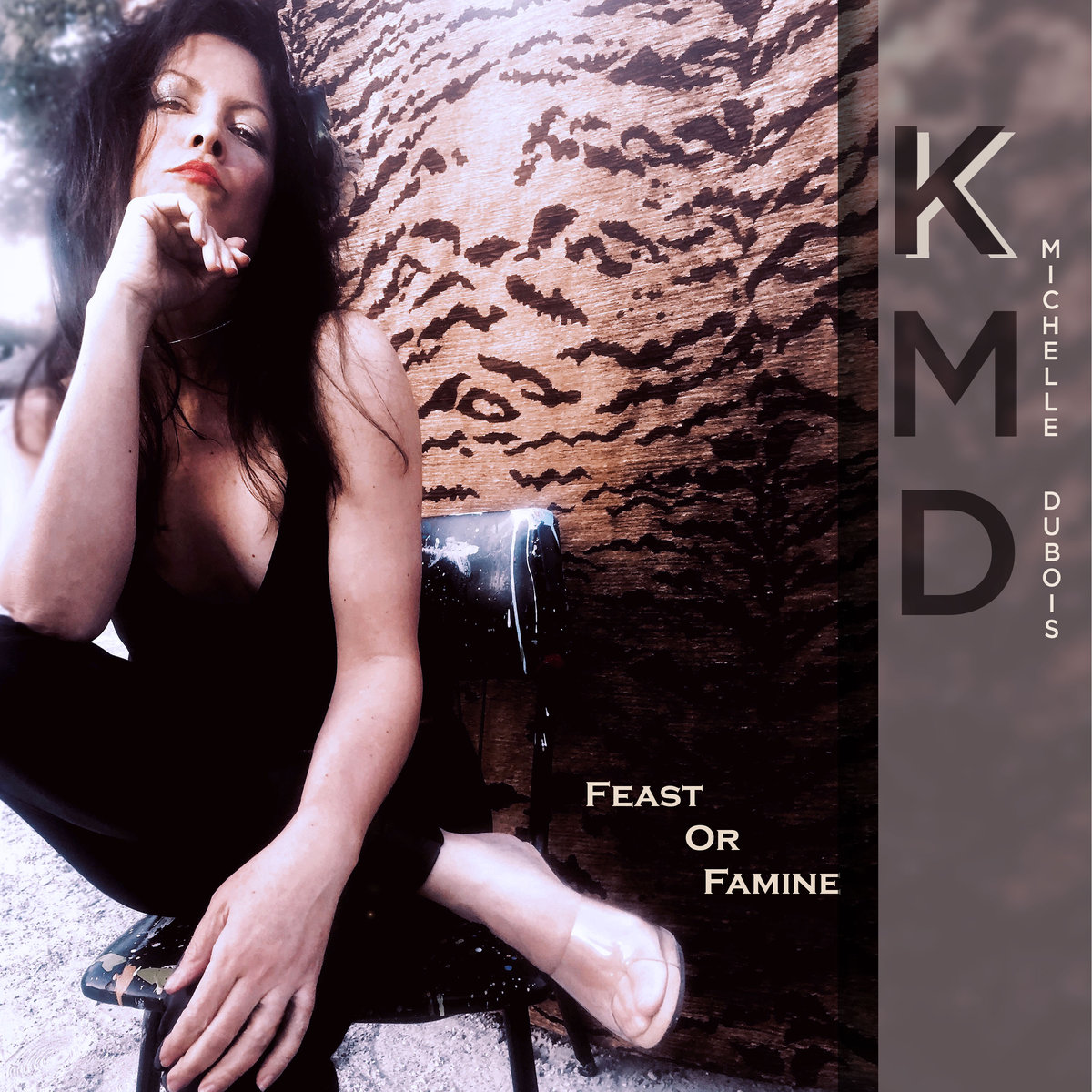 K Michelle Dubois from Atlanta has recently released her brand new single “Feast Or Famine” and it sounds like discovering another aspect of her great talent. A skilled musician who started her course back in the late ’90s with the pop-punk outfit Ultrababyfat, she delivered a more post-rock oriented approach with her solo albums Astral Heart  (2016) and Harness (2018). And just as you thought she settled in this musical genre, KMD started flirting with a more ’80s sound reminiscent of the Eurythmics on her two latest singles, “Waves Break” and the aforementioned “Feast Or Famine.” KMD counts Blondie and Divinyls among her influences, along with Stevie Nicks, Roxy Music, Flaming Lips, Grandaddy, and Fever Ray.

K Michelle DuBois got into music very young, building harmonies to pass the time during her family’s frequent road trips and she began writing her own material as a teenager in Nashville after receiving a bass guitar for Christmas. Initially crafting her early songs on bass, a Yamaha synthesizer and a drum machine in her parents’ four-track studio, she experienced a flood of creative possibilities upon discovering open-tuning on acoustic guitar, thereafter solidifying her commitment to songwriting.

In a press release, she says of her new track: “I’m releasing this one a bit under the radar as I’m yet undecided whether this will be part of the full album releasing early 2020. It’s got a more commercial vibe than I usually put out there, which makes me feel shy about it, but I love it! The new album collection is a bit heavier than this tune but I myself do enjoy an eclectic mix so maybe.”

Keep up with K Michelle Dubois: