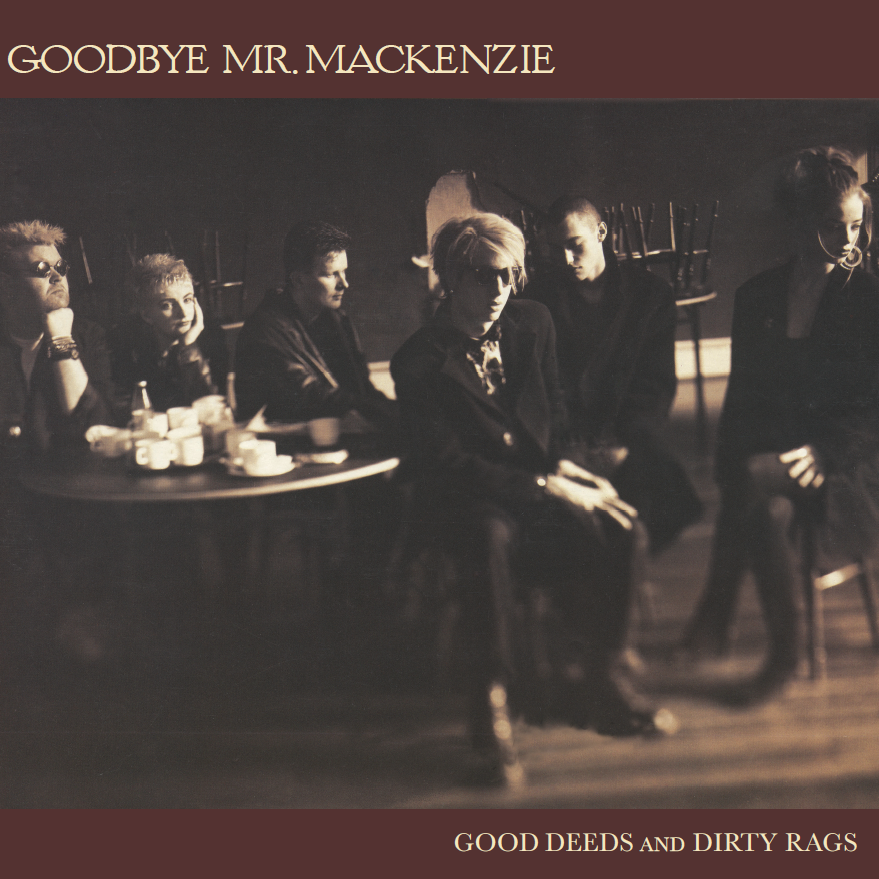 A fabulous and historic record will be reissued November 2.

Neon Tetra Records is going to release the debut album Good Deeds and Dirty Rags by Scottish indie rock legends Goodbye Mr. Mackenzie. The album was initially released by Capitol records back in 1989 and this year the Mackenzies–inspired by the massive success of their 30- year anniversary tour–are doing a vinyl and CD reissue of the album that started it all. The long-player has been remastered for both formats. The CD version will include 3 additional tracks from those early years, not previously included in the original edition.

The Mackenzies were the first band of the later on iconic singer and frontwoman of Garbage, Shirley Manson. The band’s lineup consisted of Martin Metcalfe on vocals, John Duncan on guitar (previously of The Exploited), Fin Wilson on bass guitar, Manson and Rona Scobie on keyboards and backing vocals, and Derek Kelly on drums.

Good Deeds and Dirty Rags is one of the records back in the day which somehow shaped the forthcoming UK’s indie sound of the glorious ’90s. Everything on this album sounds casual and debonair– original in content and style and undeniably melodic. A colorful and varied career followed, involving releases of two more albums through major labels, further UK singles chart positions, working and recording with members of Talking Heads, and touring and playing with bands like Blondie, Ramones, B.A.D., Afghan Whigs, Aztec Camera and the late great Vic Chesnutt, amongst others.

Our Track Of The Day is “The Rattler,” a top-40 hit off the album which further cemented the band a fond place in many hearts.

After a series of recent sold-out shows, Goodbye Mr. MacKenzie will be playing more gigs later this year in Scotland and England. Until then, The Filthy Tongues (Martin Metcalfe, Derek Kelly and Fin Wilson) will also be playing a handful of shows.

Some of the tracks off the original release are streamable on Spotify, and the new extended and remastered version is available exclusively from the band’s store, here.

Keep up with Goodbye Mr. Mackenzie