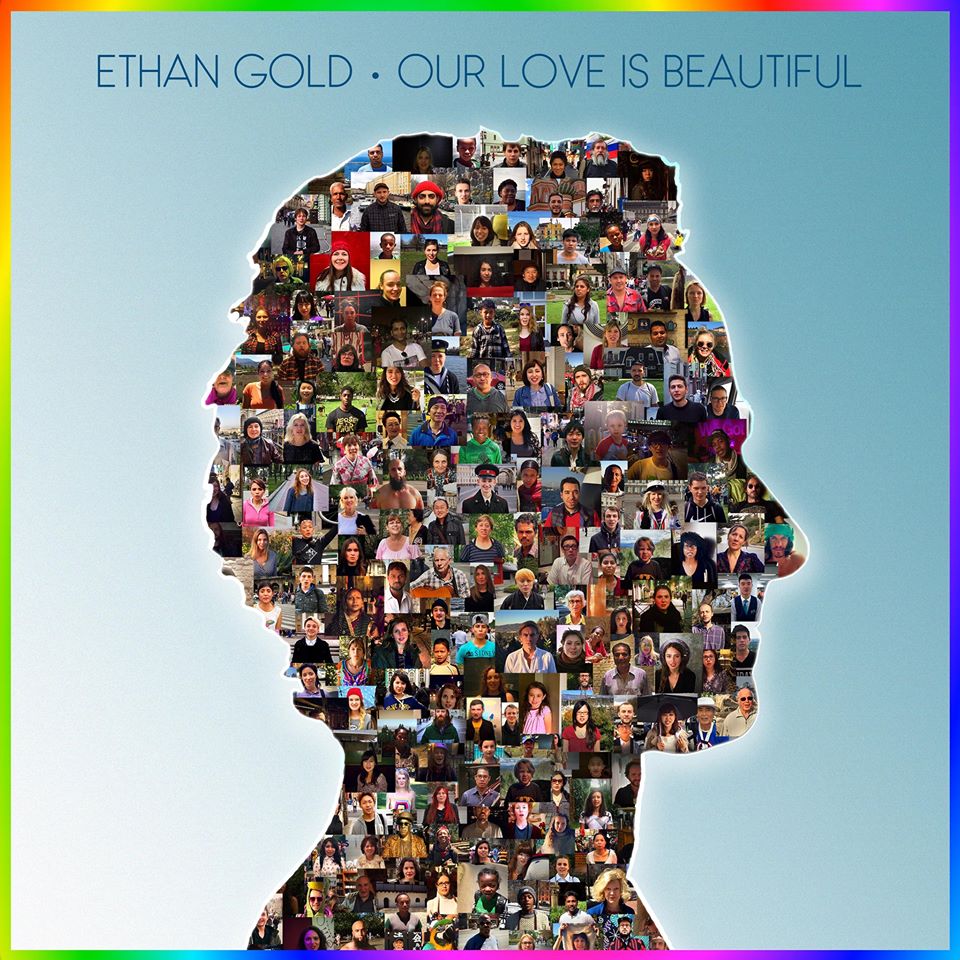 LA-based songwriter Ethan Gold presents his new single ‘Our Love is Beautiful’, which is the first taste from his forthcoming album Earth City. With flair and optimism, the accompanying video features people from across the globe, each becoming part of this intercontinental, ultimately human journey. The whole thing was filmed on a phone around the world with participants from 31 countries. Ethan Gold makes lullabies of strength and catchy art-rock for people who still dream. Personable, relatable, and with depth, Gold sings about the longing for human connection in the city, and also for the natural world.

“I wanted to express global consciousness in a way that felt like a celebration. The song is about love — self-love, romantic love, and love in the largest universal sense. The video was made on an old iPhone, going on a round-the-world trip as I was recovering from a head injury. People around the world delivering the words of the song.  This is a big call for global consciousness, delivered as simply as I can,” Gold says in a press release for the record.

Raised in San Francisco during the long extended hangover after hippie times, Ethan Gold is son to Beat author Herbert Gold and Melissa Gold, the latter a collaborator and girlfriend of legendary concert promoter Bill Graham – the two died together in a helicopter crash. A childhood of constant change and chaos may have led Ethan to the unique way he approaches music. Today he lives and dreams songs, sometimes writing music while asleep.

“Our Love Is Beautiful” is out now digitally, including stores such as Apple Music, and streaming platforms like Spotify.

The Earth City double LP will be released later this year.