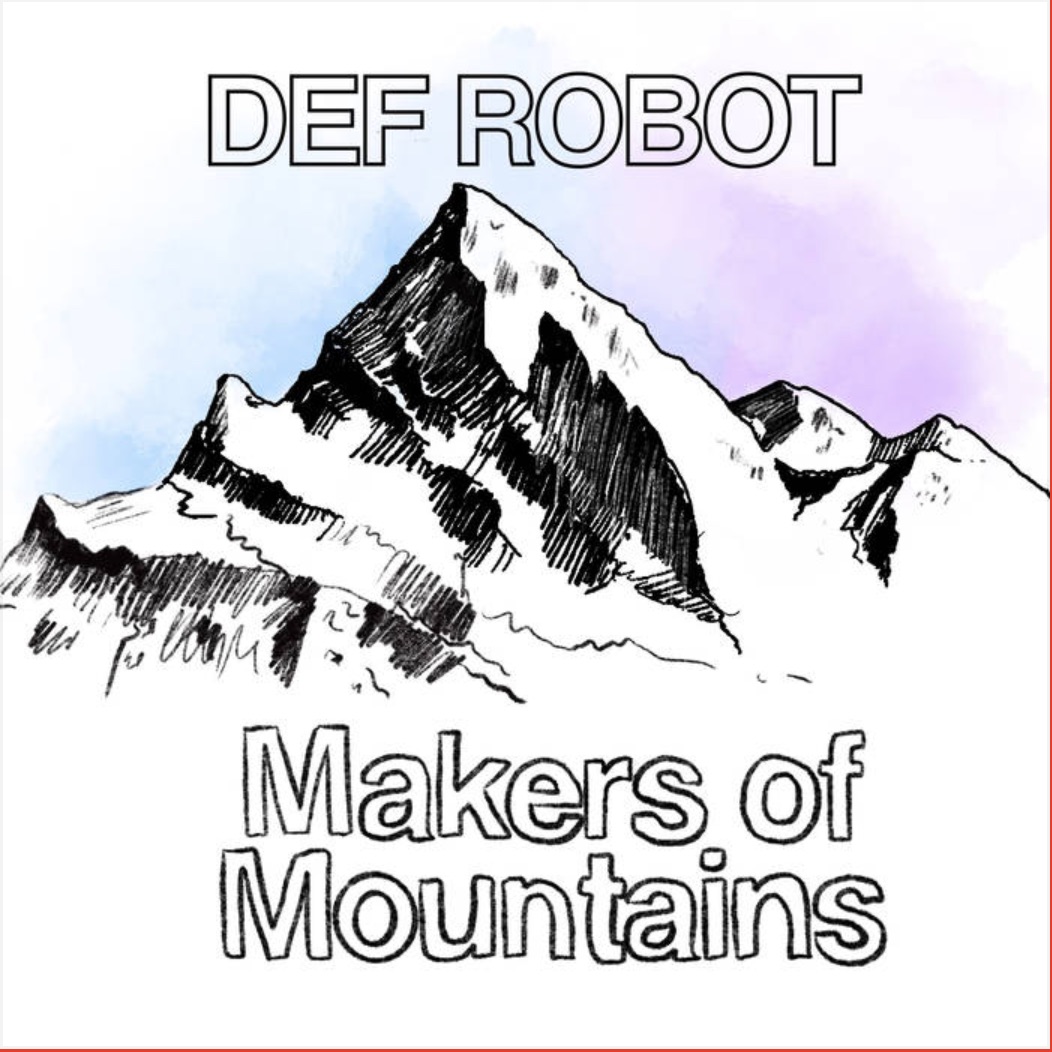 Hailing from Kendal, UK,  Def Robot released their brand new album Makers of Mountains last month and it’s a record that’s unafraid of addressing such themes as global ignorance of the destruction of our planet, relationship breakdowns, guilt and hope, arrogance and censorship. Def Robot’s music is an alloy of British alternative rock with indie-oriented sound and it looks like they are in a very productive phase as they have already announced their next album which is expected in July!

The leading track from Makers of Mountains album is “Falling Apart Again,” a song of real beauty and an impressive blend of punk-rock, Americana and Northern English grit.

Paul Taylor and David Hancox, began life as Def Robot earlier this year, with Hancox saying in a press release, “We are here to paint a bleak but thrilling picture like a brooding electric storm in a desert at night, with two shadowy figures on the horizon.” This is not the first time Taylor and Hancox have collaborated, being bandmates in several bands prior to this including Manchester-based Furball, Slouch, and Kerosene.

In the same press release Taylor recalls: “In 2018, we had reconnected, because we started working on unreleased Kerosene tracks, which were re-recorded, edited and mastered by all of the band. We had found that our own recording and production skills had been individually worked on, in the intervening years since our former bands had ceased to be. Having been in three different bands together previously, it felt natural to start a fourth!”

If you are fond of bands like Pixies, Buffalo Tom or Drive-By Truckers and the QOTSA style and sound, then you shouldn’t miss the opportunity to discover Def Robot–you’ll enjoy it while driving under the hot summer sun as I did in the recent Mediterranean heatwave…

Keep Up With Def Robot