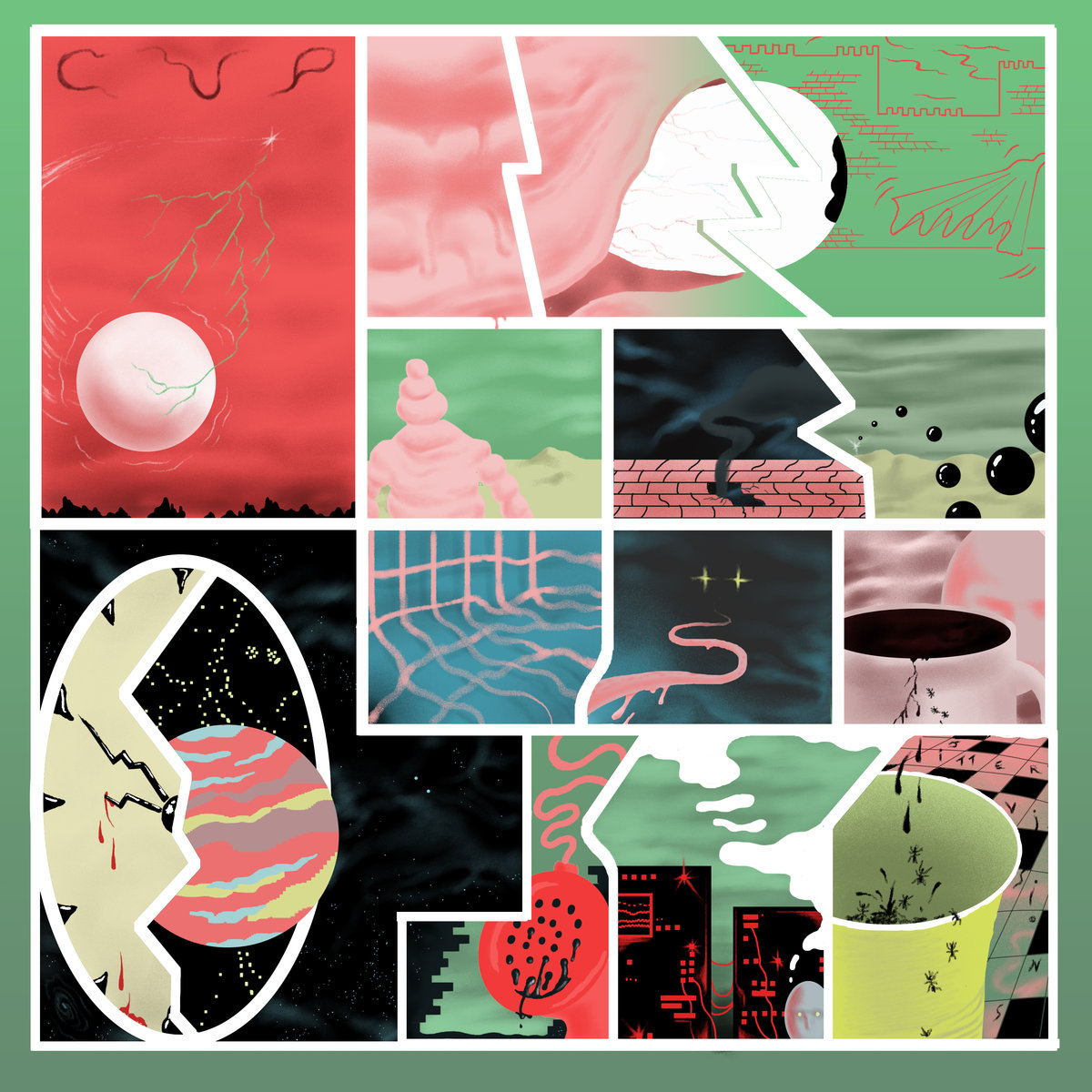 CUP from Brooklyn strike back with their new 15-track (!) Jitter Visions LP via Aagoo Records and it’s another full throttle bucket of amplified garage rock that hits you right in the face (and the ears).

The album is the follow-up to their Hiccup album, which came out in November 2017. It seems that the band’s mastermind, Polish-American Tym Wojcik, is in a furious and prolific period in his life releasing one record after the other that rocks damn seriously, louder and louder each time.

CUP is known as a monster live band and I bet, according to what I listen to on their records, their gigs must be sleazy and sweaty and loud as the gods of Rock demand. And yeah,  CUP is literally a live band because Tym goes in the studio alone where he plays almost all of instruments, produces and mixes the whole affair and after some (little) time he presents his stuff to his mates. As a result, CUP’s music is loud and streetwise sleazy garage punk, man. Very nice riffs that actually need minimal arrangements ’cause you know how it goes: a smart idea (riff) only needs a hand to get up and walk, and scream. You won’t find any song longer than 3:29 on Jitter Visions, while the average length of a tune is 1:40.

Check out the official video for “Cosmic Brain” which was created by Etienne Puaux who also did the front cover of the LP and played the mellotron on a couple of tracks as well.

Keep Up With CUP